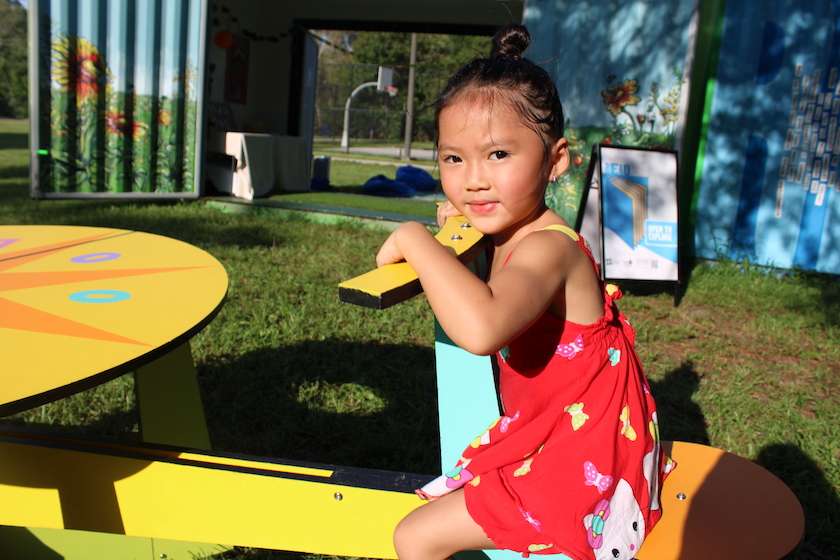 You are good ? The sculpture arrives at Gulfport

You might know him from his tie-dye peacemaking t-shirts that reign every week in the Fresh Gulfport Tuesday Market, or the boat sculpture that guards the Gulfport Casino Ballroom; but local artist Stephen Oliver is on a new traveling sculpture commissioned by a mental health campaign in Pinellas.

A public art concept featuring several of St. Petersburg’s most recent murals, Creative Pinellas’s You Good? The campaign awarded Oliver a grant for a mobile and usable piece of art containing information from the campaign’s hotline.

The result? An eight-foot-long Seussian swing with a lazy susan spinning in the center.

â€œI wanted to do something in the public arts sector, and I think a concept like this is important during pandemic days,â€ Oliver said of the naturally socially distanced two-seater.

Closer to home, the swing came to Clymer Park in Gulfport on Thursday August 5 and will be there Saturday August 7 from 6 p.m. to 8 p.m. as part of the SPACEcraft event.

He made the colorful swing for kids, adults, and anyone who wants to squat on the moving swing, setting it up himself in every spot next to a You Good? merchandise, including tie-dye t-shirts he made for the campaign under a separate grant.

â€œA lot of people tell me their story when they see why I’m here,â€ Oliver said. “I just recorded what they tell me, sent it anonymously to You Good?” and give them a t-shirt. I’m not really an advisor, I’m just a messenger.

Want to know more about You Good? campaign here.

The Gabber team brought back the print version of the newspaper and we redesigned our website to make it easier for you to get the news. We’re not out of the woods yet, and every little bit helps pay for our journalists, our printer and other expenses. Support local news and families – donate now to have The Gabber Newspaper serve the community they love!