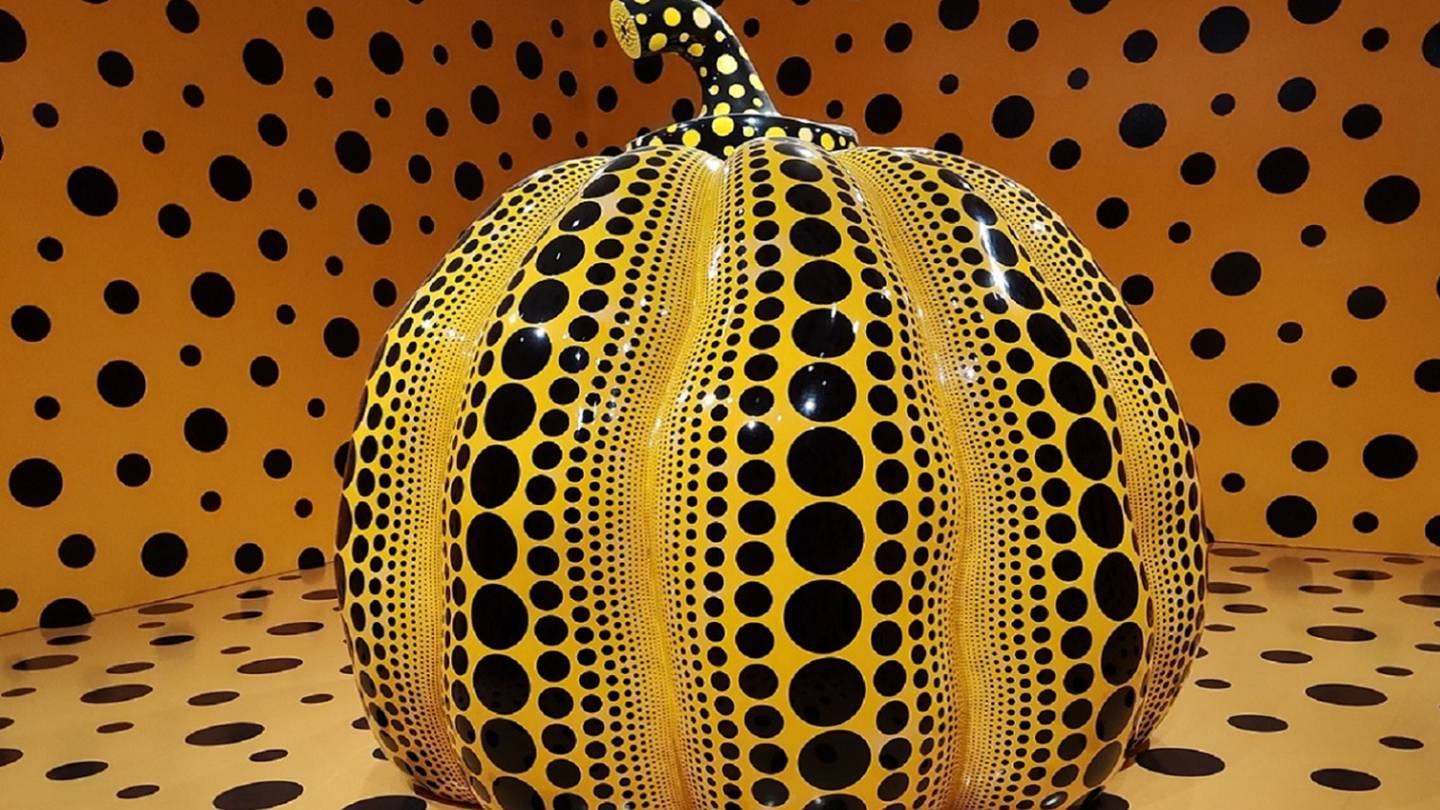 Yayoi Kusama’s ‘Yellow Pumpkin’ sculpture has returned to its perch on the Japanese pier – 104.5 WOKV

The vivid sculpture “Yellow Pumpkin” created by Japanese artist Yayoi Kusama has been returned to its perch on the Japanese island of Naoshima, ArtReview reported.

The yellow and black sculpture was restored to its original setting on Tuesday at the edge of an old pier in Naoshima, located on the Seto Inland Sea, according to the arts news agency.

The sculpture, which stands 6.5 feet tall and over 8 feet wide, is made of fiberglass-reinforced plastic. It was swept out to sea and shattered into three pieces when a typhoon raked the island on August 9, 2021, CNN reported.

Local residents, students and government officials gathered to celebrate the return of the trademark sculpture to the island, where it had been since 1994, according to the cable outlet.

“Since (the pumpkin) was a symbol of Naoshima, it is great to see the same artwork installed again in the same place. We are happy to share the joy with the people of Naoshima,” said Kaori Stenlund, spokesperson for Benesse Holdings, the company that manages the sculpture and the rest of the island’s artistic offerings. CNN.

A version of the sculpture is on display until November 27 at Hirschhorn Museum in Washington, D.C.

The artist’s production team began work on a new pumpkin for the Japanese island earlier this spring and made the outer shell of the sculpture 10% thicker than the original so it could withstand the strong waves and wind, depending on CNN. A hook has also been built into its shaft so it can be dragged to safety if another typhoon hits the area.