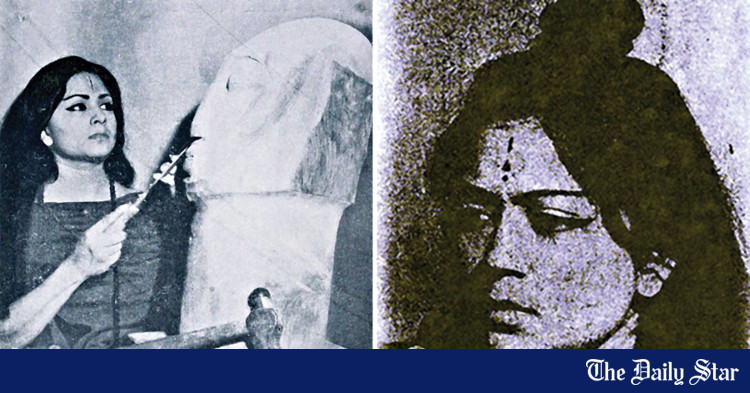 Who damaged Novera’s sculpture? | The star of the day

Investigation report submitted in 2020, but no action taken against those who ruined a famous work of art

More than three years have passed since a prominent sculpture by renowned sculptor Novera Ahmed was damaged inside the National Museum of Bangladesh. But even though so much time has passed, the perpetrators of the incident have yet to be brought to justice.

Protesting the government’s inaction, members of a conservation committee tasked with preserving the Novera sculptures have since suspended their works.

For all the latest news, follow the Daily Star’s Google News channel.

In the midst of such a situation, the voices of Novera admirers are growing louder, demanding immediate action from the government to end the standoff.

Considered one of the first female modernist sculptors in the country, Novera Ahmed has 43 of her creations preserved in the National Museum of Bangladesh. Among them, 41 are quite old.

In a bid to conserve these sculptures, museum authorities formed a four-member conservation committee in 2015, with Professor Lala Rukh Selim from the University of Dhaka’s Sculpture Department at the helm.

In the same year, the committee launched the project and completed the work of 35 sculptures by 2018.

“The remaining six sculptures are quite large, with multiple cracks that have developed over the years,” said Nasimul Khabir, committee member and assistant professor in the department.

“We thought the cracks might intensify if we carried out the work in the open,” he said, adding that’s why they were taken to the museum’s conservation lab.

“The temperature has to be kept at a certain level to work on sculptures like this. But one day in June 2018, the air conditioner in the lab suddenly broke down,” Nasimul said.

“Despite repeated requests, the museum authorities did not fix it, and we refused to work in the absence of air conditioners,” he informed.

A few months later, members of the committee visited the lab and found that one particular sculpture – named Poribar – was deformed and damaged because someone or a group was carrying out unauthorized conservation work on the important piece.

Formerly known as “Cow and Two Figures,” the sculpture is an important creation in the country’s modernist sculpture history, Nasimul said.

“We don’t know who did it. It was done without the consent of the conservation committee, and we have decided to suspend our work ever since. We demand punishment for those involved, and we will not resume our work until it will not be done,” said committee chairwoman Lala Rukh.

“If the perpetrators are spared, they could damage more sculptures in this way,” she recently told the Daily Star.

To investigate the matter, the museum authorities formed an investigative body, headed by Hasem Khan, then the general administrator of the museum.

He found that the renovation work on the “Poribar” sculpture had been carried out in violation of the guidelines, which resulted in damage to the sculpture, said Professor Nisar Hosain, a member of the investigation committee.

However, the report and its recommendations have yet to materialize as no action has been taken so far, said Nasimul, a member of the conservation committee.

Meanwhile, speaking to the Daily Star, several members of the University of Dhaka Sculpture Alumni Association demanded that the government take immediate action against those involved.

When contacted, the director of the museum, General Khondoker Mostafizur Rahman, said he was not very familiar with the affair, as it took place before he joined the post.

He also assured to look into the matter immediately.

How can greenhouse design change architecture?