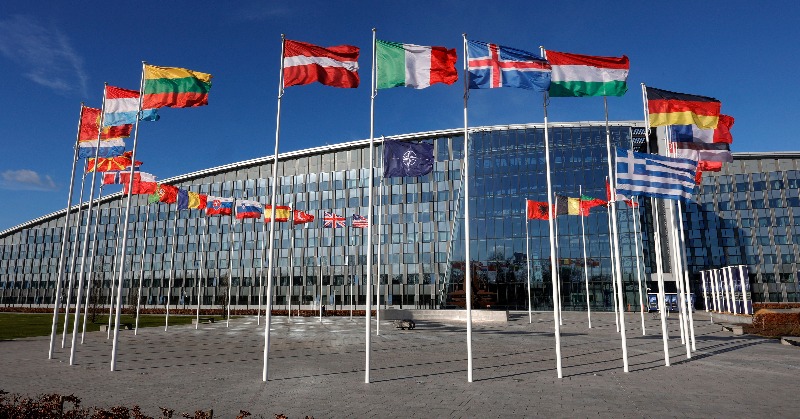 Sweden and Finland, Russia’s two neighbours, recently declared their willingness to join the North Atlantic Treaty Organization. (NATO) The strong commitment to join a military alliance from these Nordic nations is unprecedented. While both countries joined the European Union after the fall of the Soviet Union, neither felt compelled to join a post-Cold War military alliance whose purpose was unclear.

Following Russia’s invasion of Ukraine, the two countries agreed to strengthen their ties with NATO. For Russia’s attack on Ukraine has in many ways weakened Europe’s collective security; countries that are not yet members have understood that NATO membership is the best way to ensure their security.

Even before the outbreak of war, a Swedish journalist wrote: “I don’t really see how Sweden and Finland will be able to guarantee our security outside NATO when Russia is ready in 2022 to start a full-scale war completely unprovoked against a neighboring country. countries.” While the Nordic countries have never been part of any military bloc in the past, the current structure of the international system has forced them to take this necessary position.

The procedure for becoming a member of NATO

The process of joining NATO takes a very long time. When Poland, Bulgaria and the Czech Republic, for example, joined the alliance in 1999, it took them almost 20 months to move from the approval stage to full incorporation. If someone aspires to join NATO, according to current practice, countries would formally notify NATO of their desire to join the Alliance, and the North Atlantic Council (NAC) would then have to agree by consensus to authorize the Secretary General of NATO to issue an official invitation to the accession negotiations.

This happens in the first stage. Secondly, the officials and representatives of the candidate country must establish with the NATO experts that their country fulfills the political, legal and military obligations linked to NATO membership. In a “letter of intent”, the foreign ministries of the candidates would confirm their acceptance of the obligations and promises.

Last but not least, the application for NATO membership must be ratified by all 30 NATO member states. Although it is a tedious and rigorous process overall, the candidates, Sweden and Finland in this case, continue to benefit from the protection and security of NATO from the start of this process.

What does this mean for Europe’s security?

Writing to The Globe and Mail, Swedish politician and diplomat Carl Bildt noted that Finland’s and Sweden’s NATO membership will change Europe’s security architecture in two important ways. The first concerns the renewal of capacities in Northern Europe.

NATO will extend its sphere of influence to the north. This means that this region can confidently deter and defend itself in the event of a geopolitical crisis. Besides Northern Europe, NATO will be better able to manage the Baltic Sea and therefore support the defense of Estonia, Latvia and Lithuania. Second, the integration of Sweden and Finland into NATO will strengthen the European pillar.

Moreover, it can also be said that with the inclusion of Sweden and Finland in NATO, transatlantic cooperation will be revived. The expansion of the US-led military alliance in Europe also means that the United States will achieve a growing ability to exercise its hegemony in the region. This is very much in line with US geopolitical interests, especially at a time when Russia is also vying for a sphere of influence in Europe.

Will this lead to Russian retaliation?

Will NATO’s northern expansion provoke Russian aggression? In the end, it should not be forgotten that it was NATO’s eastward expansion that caused the ongoing Ukrainian crisis in the first place.

He said that Russia, in such a case, will have to “seriously strengthen the consolidation of ground forces and air defense, and deploy significant naval forces in the waters of the Gulf of Finland.” In this case, it will no longer be possible to talk about any nuclear-free status of the Baltic Sea – the balance must be restored.”

Michael Hirsh, an American journalist who writes for Foreign Policy, made a pertinent observation: “Finland, if it allows NATO bases, troops and weapons within its borders, could permanently aggravate the triggering environment that currently exists between the Kremlin and Washington. .”

Wieslander, A., & Wennerholm, P. (2022, April 15). Going Nordic: What NATO membership would mean for Finland and Sweden. Atlantic Council. Retrieved May 4, 2022, from atlantic council

How the West discovered the Buddha through literature