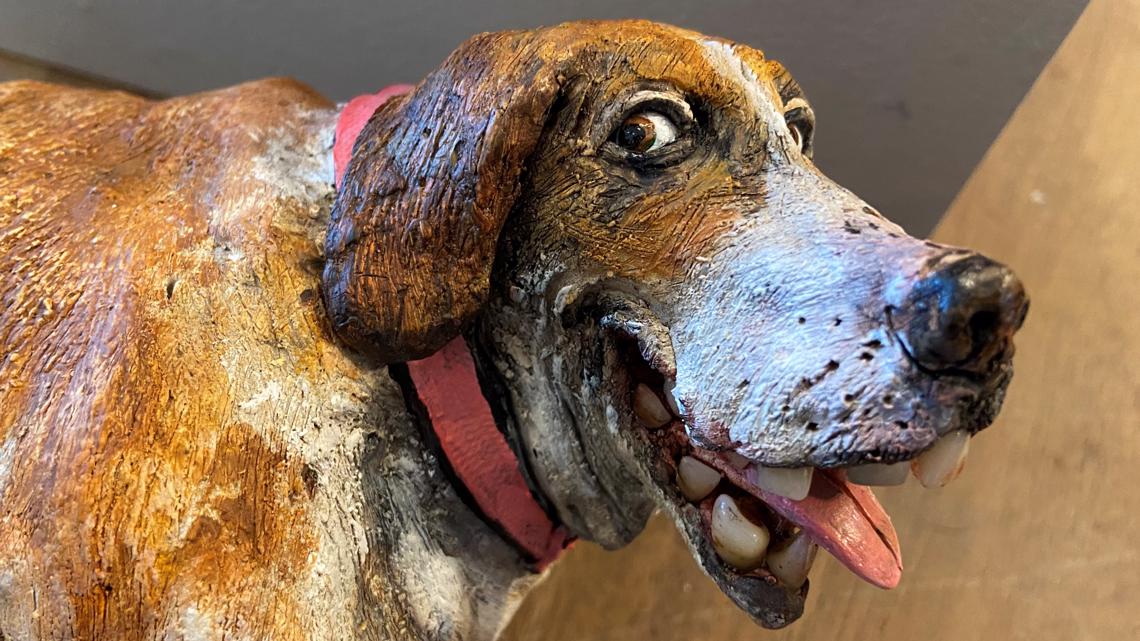 ST. LOUIS – It is no exaggeration to say that some dog owners treat their pets like people.

Wentzville artist Steve Jones takes the idea of â€‹â€‹humanizing dogs to a whole new level with his unique sculptures.

â€œEach one is handmade,â€ he told 5 On Your Side.

The dogs he makes are unlike any breed you have ever seen.

â€œI want to straddle that edge between scary and cute,â€ he said.

It does this in two ways. The realistic eyes seem to follow the viewer.

â€œI’m trying to make my pieces look at you,â€ he said.

â€œGive dogs a bit more of the human factor,â€ he explained.

The oddly humorous looking clay has caused some critics to question his love for dogs.

But Jones owns a standard poodle. He appreciates the reactions he receives from people who see his works.

â€œOne of my favorite parts,â€ he said. “I think if you can get someone to react physically to what you’re doing, your art has some power.”

There is a challenge in moving people emotionally. The challenge is to find ways to keep your art fresh.

â€œA new approach but still has the feel of what I did. It’s a non-stop mental battle, â€explained Jones.

He seems to be winning the battle. After all, he’s doing what he went to art school for.

â€œYou get into massive debt so you have 15 hours a day to just find the crazy stuff you can find,â€ he said.

People who like the crazy Jones stuff just can’t seem to get enough of it.

He hadn’t expected that his dogs with human features would be in demand as well.

While Jones’s work takes off, he hasn’t quit his day job as a college professor.