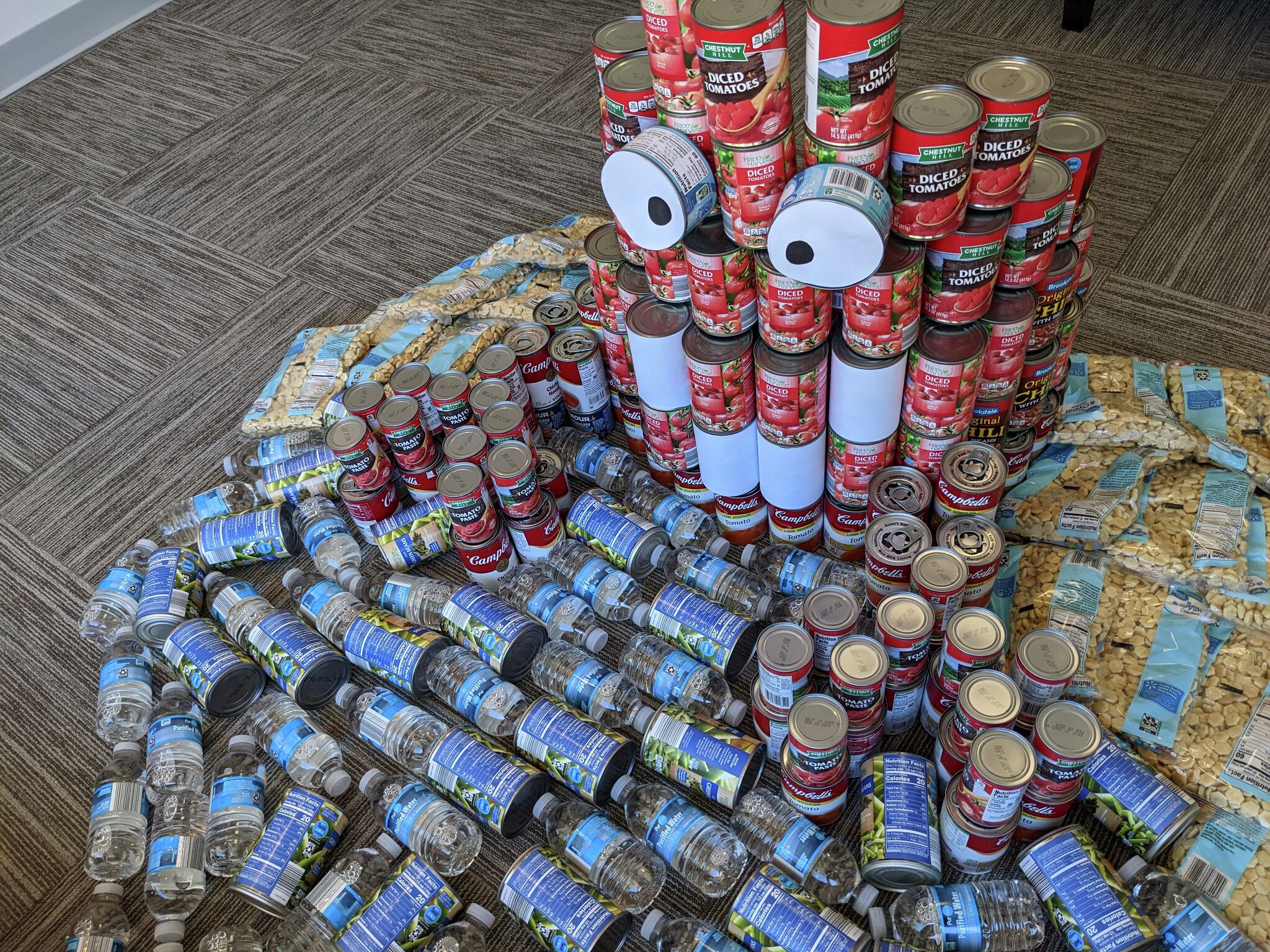 This is a carousel. Use the Next and Previous buttons to navigate

BIG RAPIDS — The first annual ExtravaCANza produced two sculptures and much-needed food for the Starburst Project, and the event will be put to a vote to decide who has the best sculpture in town.

ExtravaCANza began on Wednesday, September 7 for participating parties. The Mecosta Habitat for Humanities Restore built a house with their donations, while the Big Rapids Title and Escrow created a crab with their donations. The winner of a Facebook vote will receive a Community Choice award. Voting closes September 14.

The ExtravaCANza was created this year to help the Starburst Project, which has been in operation since 1971, secure more food donations after a food shortage limited their supplies.

Next year, the group hopes to involve local schools and Ferris State student groups in addition to businesses to generate more interest in the event.

“The goal is to bring the name of Project Starburst back to life and the importance of having good, healthy food and having fun with it.” Renesha Enge, Starburst Project representative, said.

To vote on the sculptures, visit the Starburst Project Facebook page at facebook.com/ProjectStarburst. The creation with the most “likes” will win the sculpture vote. For more information on the Starburst project as a whole, visit projectstarburst.org.

getting the right balance of ADAS architecture

Sunayana Malhotra, painting the world in the colors of femininity