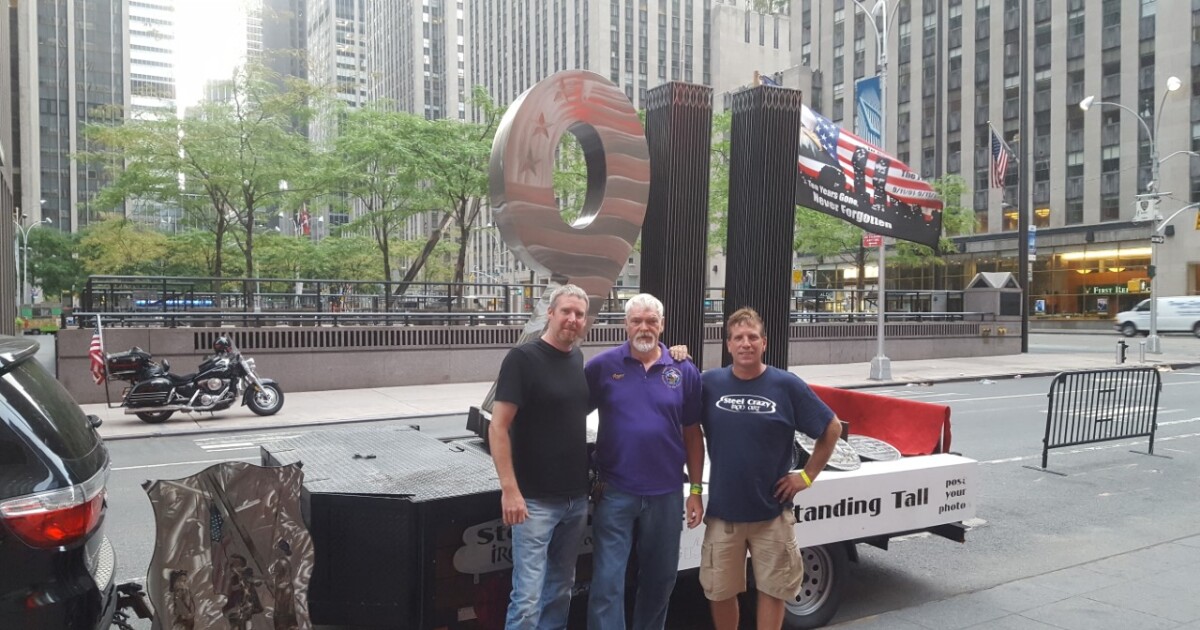 VIRGINIA BEACH, Virginia – A grandfather and steel artist from Virginia Beach shares his 9/11 memorial across the country and will soon take it back to Hampton Roads.

Ed Hogle grew up as a Canadian but came to the United States as a teenager. He tells News 3 that he developed a love for art while living in Paris in his twenties.

He later became a metallurgist in Pittsburgh; fast forward, and he combined the two passions together and now has a business, Steel Crazy Iron Art.

He makes various military-themed memorabilia as well as other personalized steel artwork. Some of his objects are exhibited at the 17e Street market in the ViBe district.

Hogle created a 9/11 memorial made up of the numbers 9-1-1. The 1-1 looks like the Twin Towers and the sculpture is on the back of a trailer. Hogle travels the country to honor victims and heroes and also to educate others.

He described the first time it was exhibited 10 years ago.

“I’ll bet you there were 10,000 photographs taken,” Hogle said. “There were people lined up to take pictures of September 11 because it was a historic moment, and it was in your face.”

Several years ago, art was at the Neptune Festival parade, and it will be again this year on the weekend of September 25.

“It was amazing when you drive down Atlantic Avenue with this 9/11 and everyone get up and say hello and take a picture,” Hogle described.

For the 20th anniversary of the attacks, the sculpture is in Buffalo Naval Park.

La Crosse Arts Board Denounces Theft of “Hatched Baby” Sculpture, Calls on Suspects to Come Up | Crime and courts