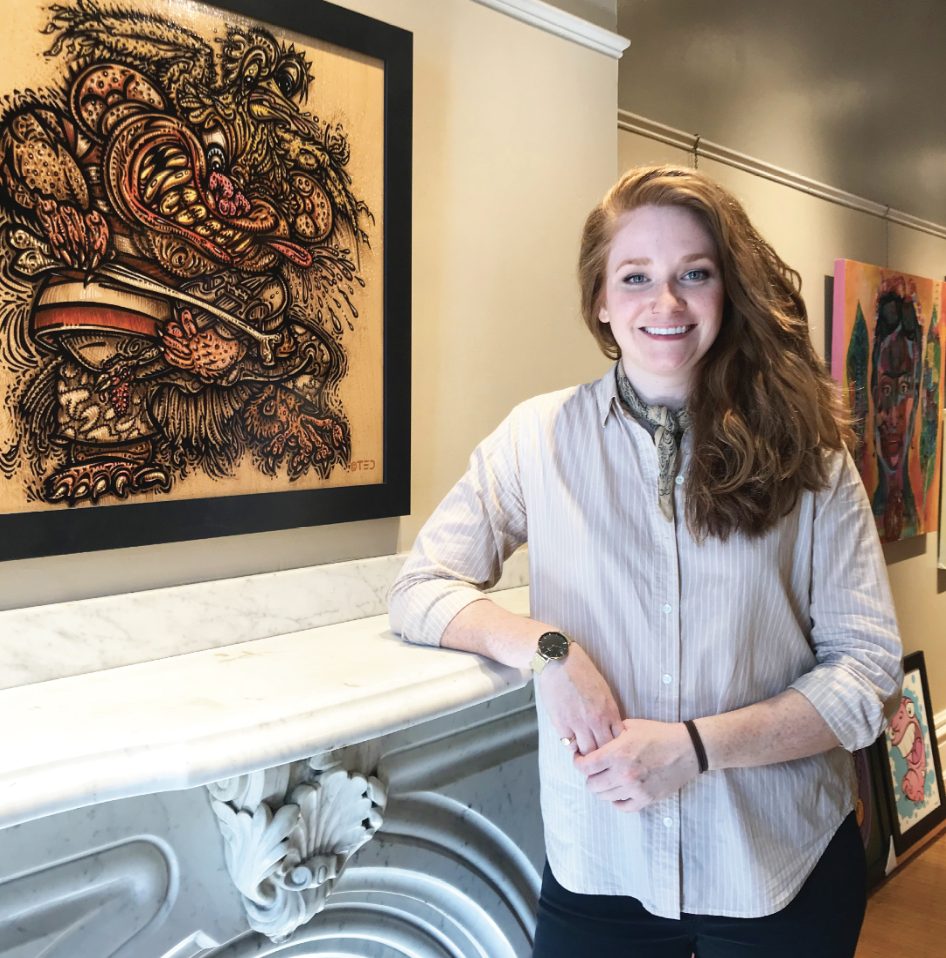 The Painted Word: the Art Association organizes a dynamic future

TheBurg’s crossword puzzle for the month begins with eight letters, with the clue reading, “the state of being full of energy and life”. It crosses three letters down: â€œa form of non-verbal communication as an expression of human competenceâ€.

Start and soon the image will be sharp. See the key at the end for the answers.

Almost five years ago, Rachel O’Connor became the new curator of the prestigious Art Association of Harrisburg (AAH). At the time, TheBurg interviewed Ms O’Connor about the task ahead, and she shared her excitement and insight into the Harrisburg art scene. In her own words, she wanted to make Harrisburg an even more vibrant arts community, which became her mission.

It was then, and even more so today, Harrisburg is teeming with artists. I often joke with members of the arts community that the last census revealed that one of three Harrisburg residents is an artist – and there is a foundation of truth to that. Starting immediately with the association’s biannual â€œMembership Showâ€, Rachel took hold and grew with each show thereafter. A novice curator, O’Connor learned from a master who not only knows the tricks of the trade, but who has been the lifeblood of the AAH for four decades: CEO and Chairman Carrie Wissler-Thomas.

O’Connor’s arts education, acquired at Messiah University and the New York Center for Media and the Arts, became even more intense under Wissler-Thomas’ mentorship. The combination has proven to be beneficial for all parties, especially as the venerable institution has successfully overcome the perils of the pandemic. For many fans of the arts community, Rachel has made a name for herself in recent years with a portfolio of groundbreaking exhibits.

The curator’s role includes selecting artists, formulating a cohesive theme, and then mounting an exhibition. Beyond these functions, Rachel still maintains her program of teaching art history at her alma mater, Messiah University. This provides access to a pool of art students, freely flowing with new approaches and ideas, embellishing a core of established talent in the Harrisburg area.

As the year draws to a close, with specials to end it, O’Connor is now a seasoned veteran. It embraces the major challenges of the growth of an institution which is approaching its century and contributes to the development of emerging artists. If the turn of world events has taught this talented youngster a lesson worth learning, it is that we are as good as those around us.

O’Connor is gracious and sincere for the education she received at AAH. From advice from Wissler-Thomas to collegial relationships forged with gallery gurus Nate Foster, Randy Miller, Crista Sanfilippo and Jonathan Frazier, learning has been an ongoing adventure. By bringing new ideas and exhibitions to the existing foundation, the future of the AAH rests on a solid foundation. For her part, Rachel conveys a wisdom that highlights a commitment to the bigger picture.

â€œI would like to expand the AAH in its creative endeavors,â€ she said. â€œGrowth is always important. Over the decades, the association has grown and reached different stages of realization. It’s time to take the next step. There is a lot of untapped potential here. “

Bringing together a collective group of artists who bring fresh â€œartâ€ and â€œlivingâ€ to this much-vaunted institution is synonymous with success. These words form the solution to our puzzle, and no one knows it better than Conservative O’Connor.

If you like what we do, please support our work. Become a friend of TheBurg!

Horror literature reveals who we are and how we interact, says English teacher