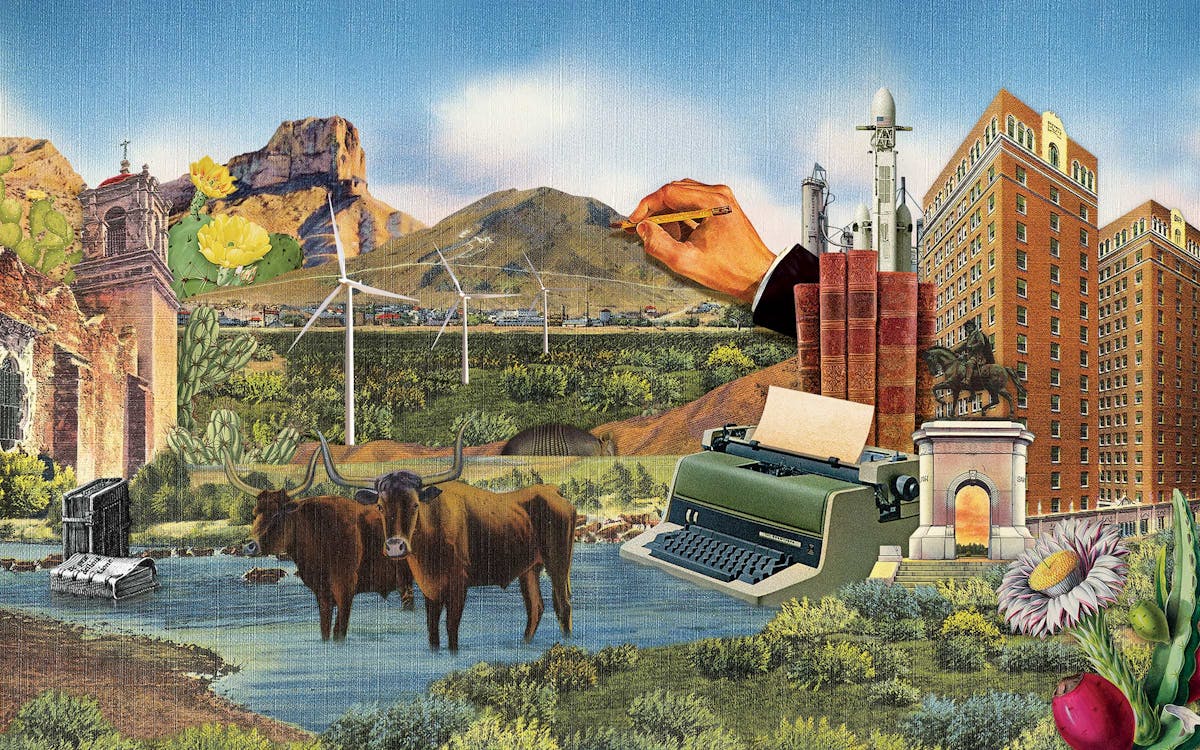 Texas’ explosive growth has created an unprecedented surge of top-notch literature. A diverse cohort of authors who might have fled the state in previous decades are sticking around, and others are settling here, drawn by our universities’ prestigious writing programs. Scarcely a week goes by without a remarkable novel or collection of short stories popping up and demanding our attention. Here are ten signs that Texas readers have never had it better.

The author of Billy Lynn’s Long Halftime Walk Say so

The literature of a country – not “literature” in the starchy sense of wacky academic theories or fanciful turns of phrase, but writing that touches on the essentials of life as it is actually lived, the mud and the blood and the sex and the sweat and the struggle of that is, to put it bluntly, everything. All with regard to this project, we call civilization, and the ethics, morals and laws which at certain times and in certain places make us more civilized than savage; those ethics, morals and laws that could be summed up in the seemingly simple phrase, Love your neighbor as yourself. Or: Do unto others as you would have them do unto you. To to like and do thus compel us to step out of ourselves and into another person’s experience, to recognize that that person’s humanity is just as vital, rich and precious as our own. One could say that all morality, all civilization rests on this profound act of imagination, this necessary extension of the self. And it is the failure of this imagination that allows the unlimited human genius of cruelty. Read more.

Texas women have always written crime novels, but you’d be forgiven for not knowing many of our names. Female contributors made up 30% of the 2007 anthology Lone Star Detectives and haven’t done much better in recent lists. In a typical example from 2017, Dallas crime writer Harry Hunsicker featured Houston’s Attica Locke, the only woman on his “Top Ten Texas Crime Novels” list, asking us “to imagine Dennis Lehane transform into an African-American woman”. It’s a bizarre image that says a lot about the tension some people seem to feel when imagining a crime writer from this state who isn’t a white man. Despite such fierce talents as Sandra Brown, Meg Gardiner, Kathleen Kent and Locke, many readers still view Texas crime fiction as a genre primarily by and about men, tinged with nostalgia for tough cowboys and small-town sheriffs. cities with a border past characterized by what J. Frank Dobie called “the – temporary – lack of women”. Read more.

The inspiration of Chris Cander’s novel A friendly neighbor (Amazon Publishing/Little A) comes from a short story that her daughter had to read in high school. “A Jury of Her Peers,” by Susan Glaspell, was first published in 1917 and has become a feminist cult classic. But to better explore the themes that interested him, Cander changed the rural setting. Read more.

Sergio Troncoso makes sure Texas literature represents all of Texas

“I’m exhausted,” says Sergio Troncoso. Considering that in the past two years he’s published two books, faced a life-threatening health crisis, and served as president of the Texas Institute of Letters, it’s understandable. But he was never one to be absent. His first book, the 1999 collection The last tortilla and other stories, won the Premio Aztlán literary prize, and since then has published seven more books, taught fiction and non-fiction at the Yale Writers’ Workshop, judged for the PEN/Faulkner Prize, and transformed TIL. So it’s no surprise that Troncoso, just minutes after saying he needed a break, came back to life. “I’m hungrier than ever,” he said. “I feel like I haven’t done anything. Honestly, this isn’t staged. I’m hungry.” Read more.

I left Texas
after Lorelei troubled my waters. Ten, fifteen years ago. I drove to New Orleans, then Biloxi and Kansas City, wherever there was nine-ball action. If I found a car lot laid out like a horseshoe, I would rent a room for a week. A month if the pool hall had Gold Crown tables, even more if I met a friendly waitress. I had been hustling in Knoxville for a year before Jesse Vodinh kicked down my door at the Sunset Motel and accused me of throwing games. Jesse was a stake horse with a shaved head and an affinity for butterfly knives. I was alone again, on the plum carpet, when my father told me he had seen Lorelei haunting our bayou. I hadn’t heard his voice in a decade, maybe longer. My ears were ringing. Jesse had rung my bell before opening his knife. Read more.

Can’t find a Texas novel to read this summer? Here is a guide for you.

If, as the saying goes, Texas is a country unto itself, it’s only fitting that we have what amounts to a national literature – an extensive catalog of books that includes every genre and covers virtually every possible topic contained in it. within our borders. There are historical novels, dystopian novels, detective novels, thrillers, revisionist westerns, non-revisionist westerns, domestic dramas, bildungsromans, romans à clef, tales of wandering, tales of colonization and tales of battle, written by newcomers, old-timers, city dwellers, country dwellers and suburbanites. This excess of wealth has become particularly excessive in recent years of state prosperity, so much so that knowing where to start can seem daunting. Fortunately, we have a guide for you to find your perfect summer read. Read more.

When Gabino Iglesias was fired from his teaching job in Austin two years ago, he was already writing his third novel, The devil bring you home (Little, Brown and Company/Mulholland Books, August 2). But this experience of precariousness – all too common in our loser economy takes none – only raised the stakes in this highly effective horror story. Read more.

Texas may have finally found its William Faulkner, and it’s a black woman from Dallas

The first in her family to graduate from college, LaToya Watkins applied to law school because it seemed like the next big step in making her family proud. Between his acceptance to law school at Texas Southern University and his enrollment, Watkins was pressured by a cousin to write a book about their family. The suggestion was not completely out of the blue. As a girl growing up in Dallas and Lubbock, Watkins had always kept a journal. But aside from a vignette she’d started while listening to a high school Shakespeare lecture, she’d never written so much as a short story. She had read many novels, however, by Jackie Collins, John Grisham, Stephen King and Danielle Steel. And now she had an idea for a novel of her own. Read more.

Writing fiction about your hometown can be tricky. The same intimacy that drives insight can also paralyze imagination. That doesn’t seem to be the case, however, when the city is Galveston, a place that has long fascinated and inspired Texans, whether they were born there or not. This year we have seen the publication of no less than three remarkable novels set in Galveston: Sarah Bird’s Last dance on Starlight Pier, by Matt Bondurant City of Oleander, and the debut of Kimberly Garza, The last Karankawa (Henry Holt and Co., August 9). Read more.

Fernando A. Flores brings the punk-rock magic of the Texas borderlands to life

Fernando A. Flores was born in Reynosa, Tamaulipas, came to the United States as a young man and grew up in a trailer in the Rio Grande Valley town of Alton. Although largely a product of the region, his work has acted as a foray into the region’s enduring literary conventions: his fantastical stories challenge widespread assumptions that the border is anything but a demarcation arbitrary and that the Mexican Americans of the Rio Grande Valley are a backward people of undeveloped literary sophistication. Read more.