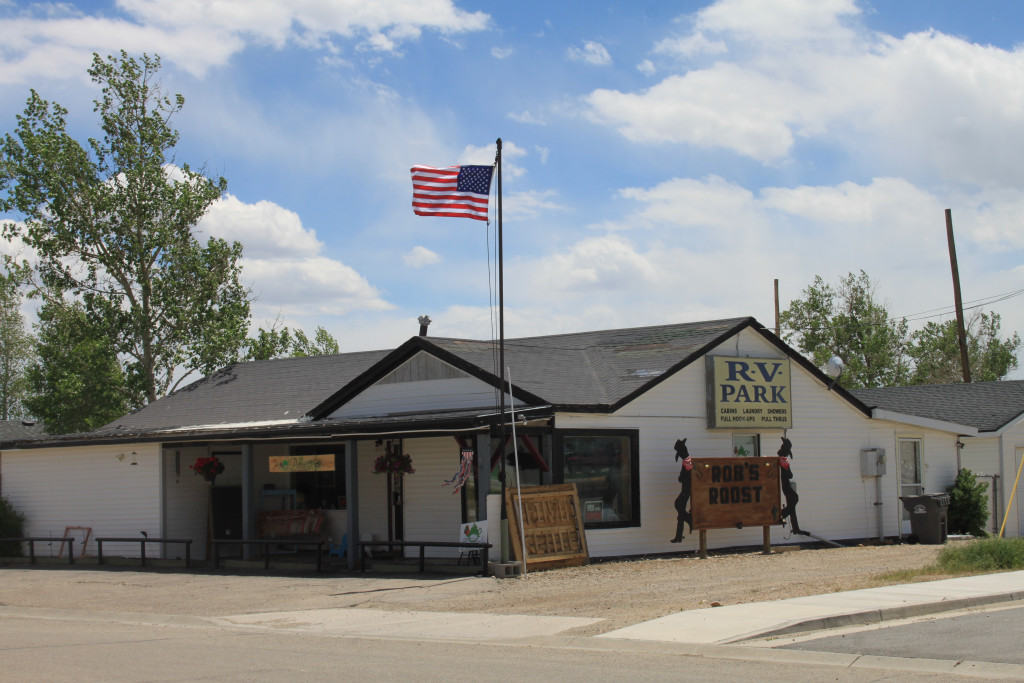 MARBLETON — The mystery of how a small freeway lot — used for decades as commercial property — became zoned “residential” has been cleared up with an old surveyor’s map.

At the heart of a months-long debate was The Painted Kettle cafe and consignment store, in a separate building around the corner from Rob’s Roost RV and Mobile Home Park in Marbleton. They are all zoned together as a mobile home park, a residential designation.

The painted kettle is in a building on adjacent but separate land, owned by Rob and Tammi Thomson for 18 years. The Thomsons said that when they purchased the property, the building was sold to them as commercial property.

Currently, the city’s zoning plan designates Lot 31 and the old building as “residential” – so staff told them and his son Rendy Thomson that he needed a building permit. conditional use, approved by neighbors, to operate The Painted Kettle as a commercial enterprise.

“We bought it 18 years ago as a commercial property,” Rob Thomson told council at several meetings and at the June 8 meeting of the Marbleton Planning and Zoning Board. “The city gave us a commercial license to operate it (for many uses) for 18 years.”

The couple wanted to know how and when the city rezoned Lot 31 as part of the residential mobile home park, insisting the city map must be wrong.

“It would be the only business on the freeway frontage not zoned commercial or industrial,” Rob Thomson said.

Earlier this year, city staff brought up the commercial use of The Painted Kettle in a residential area before Marbleton City Council, to decide whether it needed a CUP. City attorney Thayne Peterson said the goal was consistency in the city’s zoning regulations.

The Thomsons disputed the city’s position and asked staff to check past records and maps to find out when Lot 31 became residential. Thomson found a 2003 county map showing him as a commercial, asking if he could be grandfathered.

On June 8, City Clerk Shannon McCormick said she went through the stored records.

The fire destroyed some city records, so there are gaps, she said.

Hughes and Thomas remember when it was purchased from the El Paso Corporation and moved to its current site decades ago for use as a convenience store, grocery store and post office.

Hughes praised the Thomsons “for what you’ve done with it. … Anyone who can earn a dollar in this corner is welcome.

Hughes proposed that Lot 31 be zoned commercial. McCormick said the board could recommend him to the board.

Thomas said: “I’ve been here 50 years and I don’t understand why it’s not commercial.

McCormick said, “If there’s a map out there, you gotta find it.”

She said council could file it and continue to investigate.

Peterson said the board could recommend The Painted Kettle get a CUP or “rezoning – that’s pretty common practice.”

There was no “conspiracy theory” against the Thomsons, he added.

Covell suggested laying the discussion down until surveyor Scott Scherbel can research his and his father’s decades of city plans.

Thomas agreed – “We’ll wait for Scott Scherbel to come back and if he doesn’t agree with us – we think it’s commercial. Wait, don’t fight for it. We never questioned causes your business.

“1986 was the first time I made a zoning map for the city,” he said. It was hand drawn with periodic updates and “clearly shows” lot 31 as “commercial”.

In 2002 the maps became digital and in 2008 zoning was added which designated the entire property as a mobile home residential park.

“There are two possibilities,” he said. “First, the city passed an ordinance or a resolution? Second, we made a drafting error and didn’t split (Rob’s Roost’s property) into two batches.

Peterson said he would draft a resolution for the July 11 council meeting to reaffirm or change Lot 31 as commercial, a “paper trail” to ensure Painted Kettle is a separate and viable business.

Scherbel said, “In my opinion, lot 31 is commercial; the rest was a mistake.

Robinson asked Peterson to meet with the Thomsons to make sure the wording was correct.

“The whole point of this process and a resolution was to cut the knot and start over,” Peterson said.

Meador said the Thomsons were right about their past commercial zoning – “It completely reverses what we were starting with, that they had to get a CUP.”