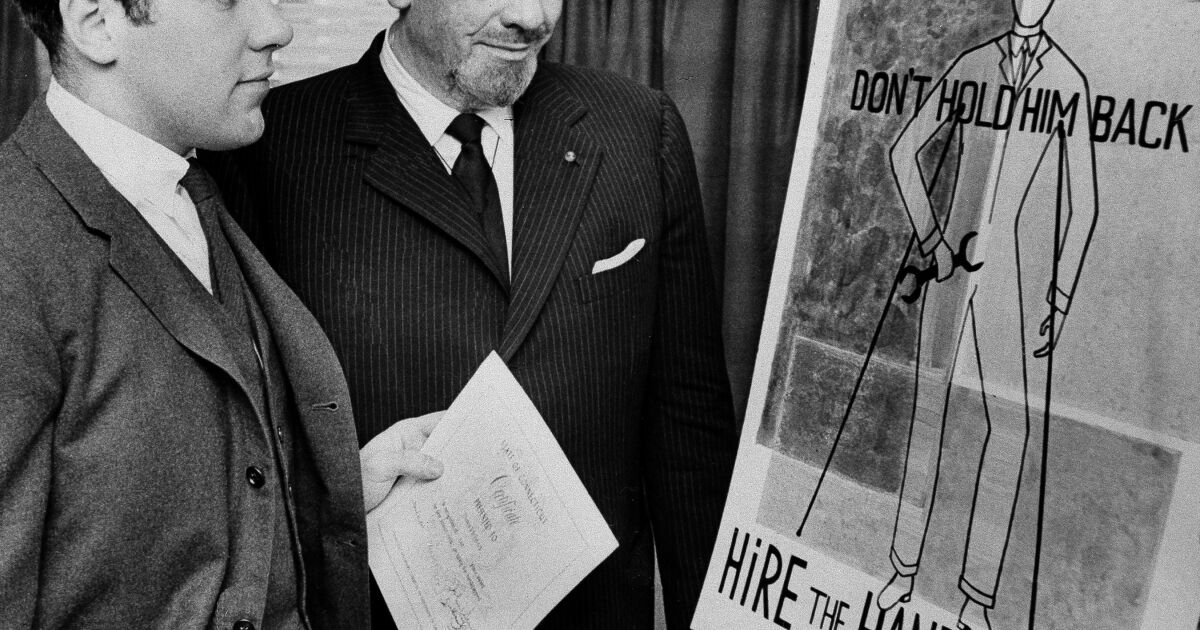 Steinbeck’s tender letter to his son sells for over $32,000

A heartfelt letter written by author John Steinbeck offering fatherly advice to his teenage son who was experiencing love for the first time has sold at auction for over $32,000.

The letter is notable because the Nobel Prize-winning author in literature doesn’t just brush off the feelings of his then 14-year-old son Thomas as childish puppy love.

“If you’re in love – that’s a good thing – that’s pretty much the best thing that can happen to someone. Don’t let anyone make it small or light for you,” Steinbeck wrote.

He urged his son to embrace the experience, but he warned against disappointments.

“The object of love is the best and most beautiful. Try to live up to it,” he wrote. “If you love someone – there is no harm in saying so – only you have to remember that some people are very shy and sometimes the saying has to take this shyness into consideration.”

“Girls have a way of knowing or feeling how you feel, but they usually like to hear it too,” he said. “Sometimes what you feel isn’t returned to you for one reason or another – but that doesn’t make your feeling any less precious and good.”

“If it’s good, it happens – The main thing is not to hurry. Nothing good escapes.

The text of the letter has been published worldwide, including in “Steinbeck: A Life in Letters” in 1989 by Penguin Books.

Other items sold at the autograph and artifact auction include Edgar Allan Poe’s letter soliciting a donation for the Southern Literary Messenger for nearly $150,000; Benjamin Franklin’s letter deciding the fate of the mutinous crew of John Paul Jones’ flagship for $62,500; Emily Dickinson’s poem soliciting a shopkeeper’s smile for nearly $62,000; and a document signed by Benedict Arnold certifying an oath of allegiance for a fellow officer sold for more than $31,000.

What kind of architecture do young people need?