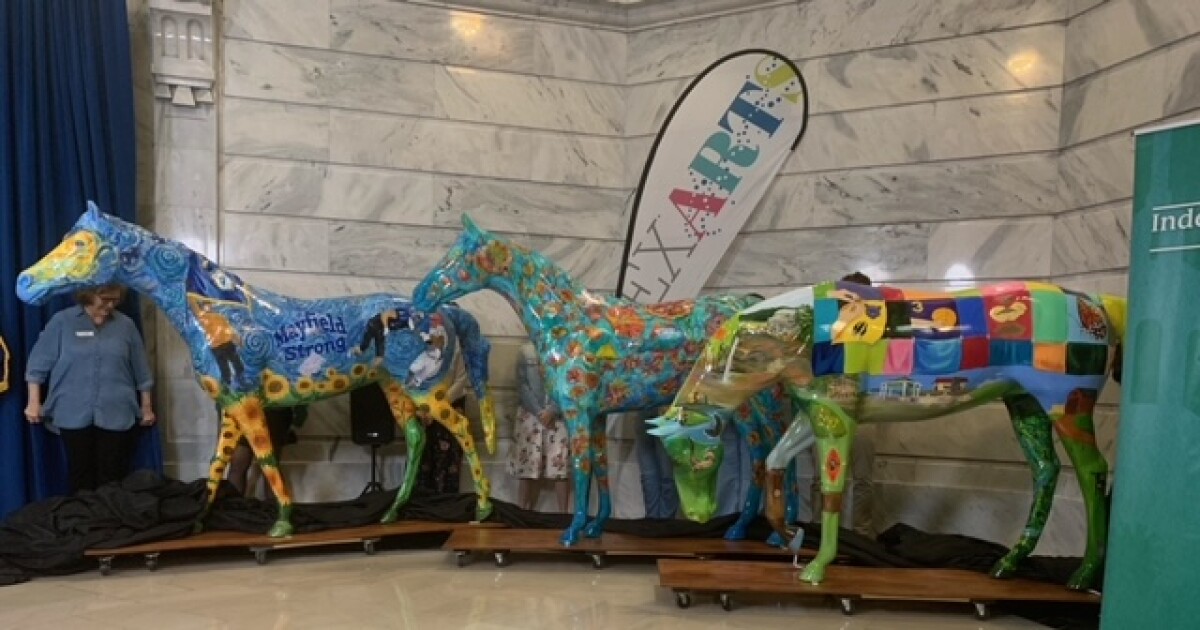 Sculptures painted to benefit victims of the tornado

FRANKFORT, Ky. (LEX 18) — They won’t win the Derby next week, but those horses could prove just as valuable at some point.

As part of Lex Arts’ 50th anniversary and the return of “Horse Mania” for the first time in 12 years, local artists and high school students have come together to create equine sculpture art.

“It was a great opportunity to give back to a community,” said artist Lennon Michalski. “As you know, artists usually don’t have the funds to donate money, so I was able to donate talent to places that were hit by tornadoes,” he continued. .

The painted horses, all 70, will be auctioned off at Keeneland after being on display across Lexington for a few months. The auction will take place on Dec. 10, the first anniversary of tornadoes that tore through large parts of western Kentucky. Proceeds from sales will go in that direction.

“Going over the hill to downtown Mayfield and seeing a sight I don’t think anyone has ever witnessed. Going to my father’s hometown of Dawson Springs, a safe place for me, it’s unrecognizable,” Governor Andy Beshear said at today’s unveiling of three of the painted horses.

The governor’s mother also grew up in the western Kentucky town of Bowling Green, which was also hard hit by those storms. This is one of the many reasons the recovery effort has been so important to him and his administration.

This campaign is just one of many that the people of Western Kentucky have been helped with in their efforts to rebuild their lives.

“I heard everyone talking about their experiences and it was really something I had never seen before,” said artist Alexis Sheehan from Western Kentucky.

Sheehan’s house was spared, but she personally knows so many people who weren’t so lucky. So she grabbed a brush and got to work.