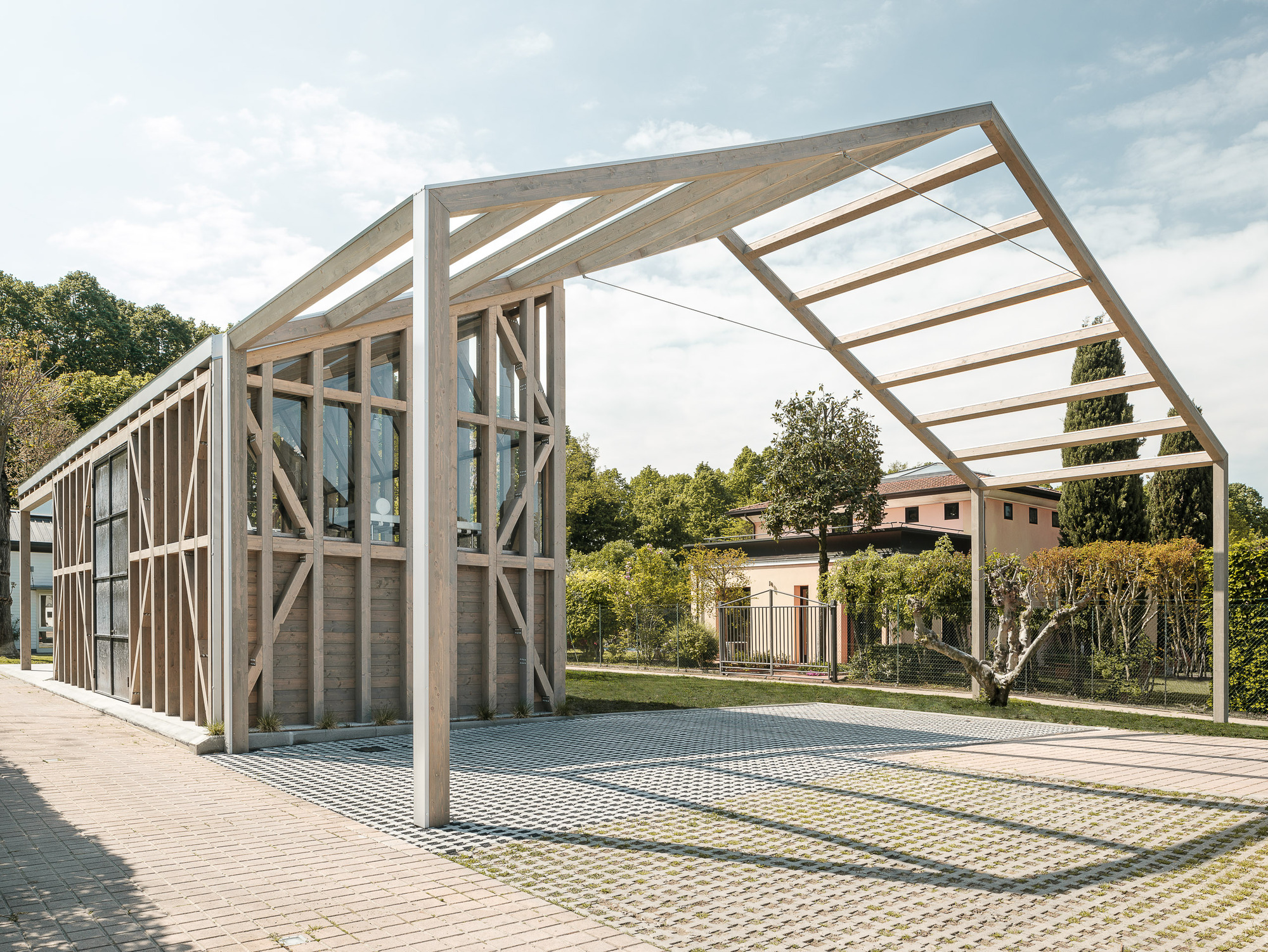 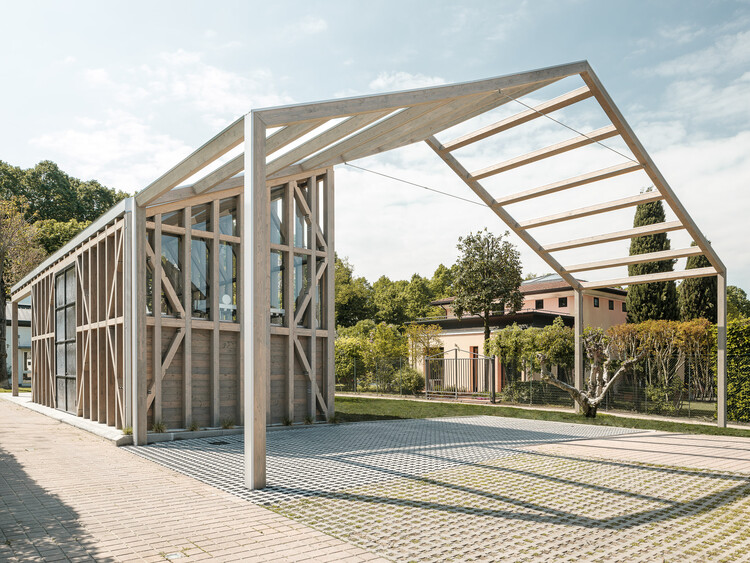 Text description provided by the architects. Michelangelo Galliani, sculptor and professor at the Academy of Fine Arts in Urbino, wanted to build a studio and workshop next to his house/greenhouse, in which he could work outside daily and house not only his tools and instruments, but also some of his works and possible collaborators.

This was the starting point for a minimal and open workspace, connected to the existing house in terms of dimensions and proportions, which would temper and anchor itself in natural light, as a source of shade for the sculptures and as a source of light for the thoughts of the sculptors.

The structure, simplified to the extreme, is a system of repeated and close portals, capable of punctuating and partitioning a large double-height nave, completely opaque in its work plan and fully lit in its double level towards the park. The light, also mediated by a system of curtains, shapes the interior space and fills the workspace.

The wood, with its inclined shaped structure, its braces and its anchoring details, homogeneously delimits the exterior of the volume and extends to the large uncovered entrance porch, a sort of diaphragm, to support and place the large slabs arriving from quarries and the vehicles needed to transport them. On the back, the extension of the structure becomes a porch and only a concrete slab, in which the sculptor shapes the material: a diaphragm between the workspace and the house/greenhouse.

“It doesn’t have to look like your subject, but it should look like it” – The Irish Times