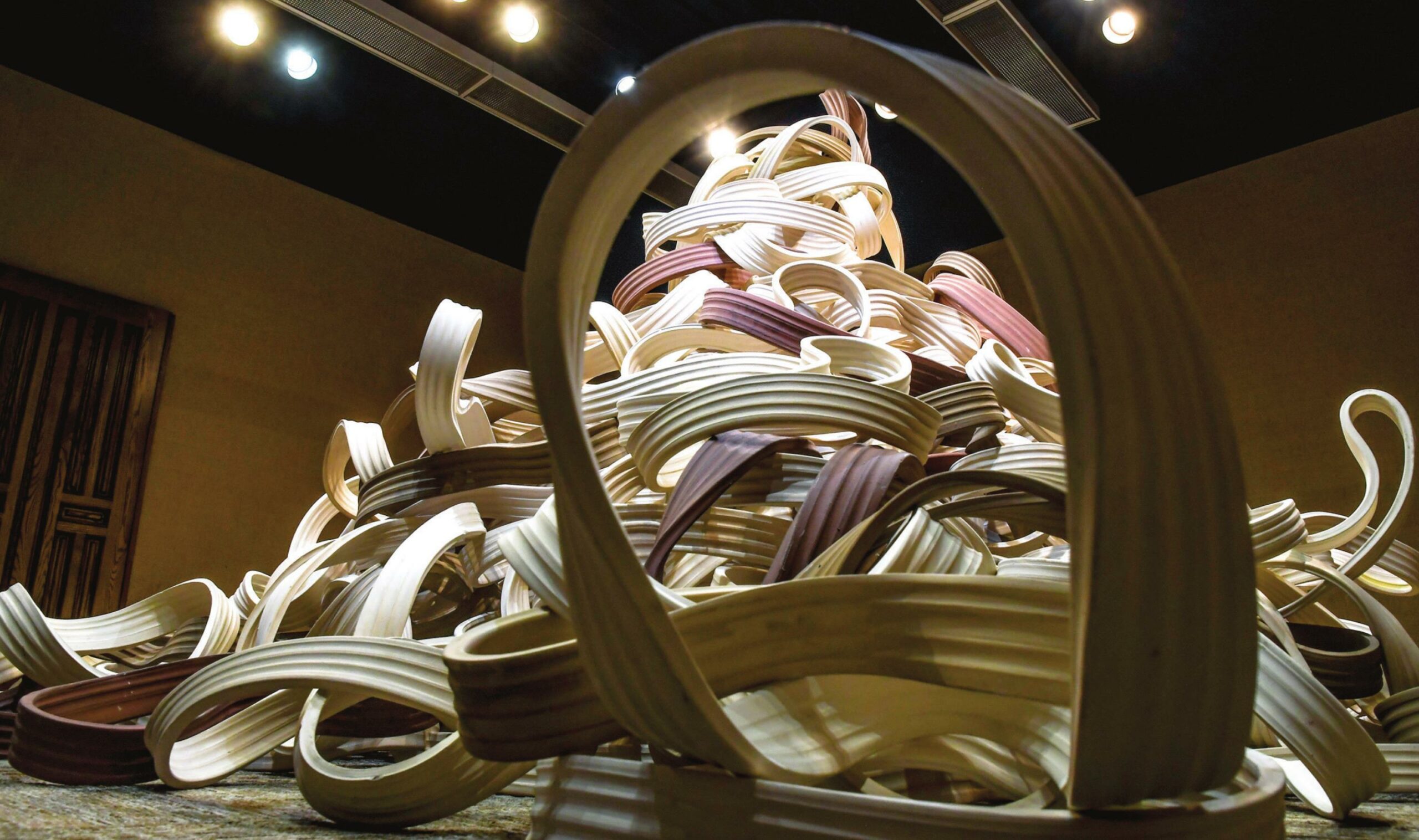 The Mercer Gallery at Garden City Community College has a new exhibit through March 11 by Ned Day.

The exhibition, titled “LOOPAPALOOZA”, is a sculptural installation made up of multiple giant ceramic strips.

Ned Day is an art professor at the Great Plains Art Institute at Sinte Gleska University, located on the Rosebud Sioux Reservation in south-central South Dakota. He has held this position since earning his MFA from Fort Hays State University in 2013.

He grew up on a small farm in central Nebraska, where he attended a small rural school from kindergarten through eighth grade when the school closed due to low enrollment. Day remembers riding a horse to school at least once to add some adventure to his life.

Day became interested in art and design in high school when he produced the program for a local rodeo. This led him to pursue studies in graphic design at the University of Nebraska at Kearney. He also realized that he was interested in the fine arts, especially ceramics and sculpture. After graduating from UNK in

1999, Ned worked in publishing for over ten years as a graphic designer, illustrator and art director.

During this time he also honed his skills in ceramics and sculpture with an active regional artist who exhibits.

While working as an art director in Sidney, Neb., he helped found the Sidney Fine Art Center. He started teaching ceramics workshops there, which led Ned to pursue artistic studies full time. Thus, in 2010, he abandoned his career in publishing and embarked on the adventure of visual arts which he continues to pursue today.

The closing of the exhibition will include one copper bracelet demonstration and one workshop per day from 9:30 a.m. to noon in March in the GCCC Art and Design Boutique in the Pauline Joyce Fine Arts Building. He will give an artist talk followed by a closing reception from 1 to 2 p.m. The gallery will then close at 2 p.m. on March 11 for the dismantling of the exhibition.