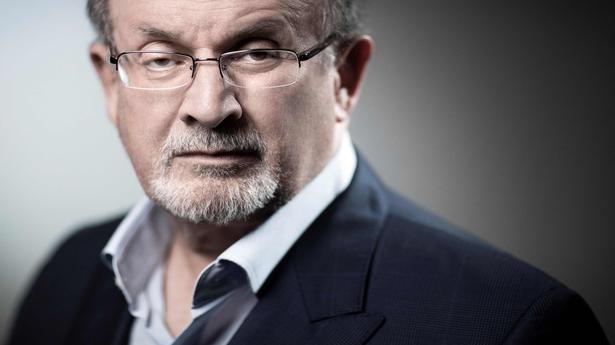 Salman Rushdie, “the intifada of the imagination”

Indian-born literary master Salman Rushdie, 75, was seriously injured in a stabbing Aug. 12 at the Chautauqua Institution in western New York. His attacker was a 24-year-old Shiite Lebanese living in America, Hadi Matar. The young man says he sympathizes with the Iranian state and its fatwa declared against Rushdie 33 years ago, after the publication of the Satanic Verses.


We don’t know if Matar is interested in literature, but we do know that he is interested in religion. For a pious man, religion certainly counts more than literature. Secular literature – a term we can safely use to refer to much writing since the rise of Western modernity – bears no responsibility for divine injunctions. It is a literature born and nourished by human will and imagination. In other words, secular literature is an idea of ​​writing freed from the grip of religious feelings. It thrives not only on questioning religion, but also modernist values: literature is ideally a form of free expression where all forms of dogma, including the dogmas of modern ideologies and values, are challenged. The modern task of literature is to ask questions against whatever we are comfortable with: be it the idea of ​​God, of life, of politics, or of morals. To write is to seek, to seek is to question, to question is to contradict, to contradict is to establish the fundamental otherness that exists in the human world. Modern literature is not only different from religion, but also from the non-religious world. We may not live in real conditions of freedom, even if we yearn for it. It is only in literature, in the art of writing, that we find the freedom which we always seek and which is denied to us.

Ever since the fatwa was pronounced against him, Rushdie has been wondering about literature. In three pointed essays published together in an anthology of essays in 1991, the writer raised some questions that arose regarding the relationship between fiction and faith. These questions were not just political in nature, but also aesthetic and ethical.

In his thought-provoking essay, “In God We Trust,” Rushdie uncovers the unconscious roots of modern literature by pointing out how the “dream room” has become occupied by ungodly thoughts and creatures. Rushdie calls this room of dreams the psychological root, or source, of the modern imagination. The difference between faith and its loss is understood in terms of whether even our dreams are dictated by divine decree or whether there is room for deviation.

Rushdie equates our indoctrinated images of the world that are part of our dreams, our unconscious, with a “veil, maya” that prevents us from seeing “things as they really are” (like the deceptive shape of shadows that hide the reality in Plato’s ‘Allegory of the Cave’). Dreaming outside of strict “frames,” Rushdie suggests, can allow us to break out of our religious narcissism and embrace the other, the world of difference, or the heterodox imagination. In this sense, dreaming is not only a state but an act that allows us to register our freedom.

Here, Rushdie wisely warns us that the freedom to dream may not just be our “gift” but also “our fatal flaw.” The imagination could be subject to a fundamental error. The refusal to submit to the “frameworks” bequeathed by religious truth could lead us to (make) mistakes. Dreaming, imagining or writing is precarious, where truth and error are equally possible. Acting freely is no guarantee of veracity. Writing about Dante’s love for Beatrice in a short prose work in 1948 titled “The Encounter in a Dream”, Argentine polymath Jorge Luis Borges wrote, “To fall in love is to create a religion with a fallible god” . We can extend this idolatrous definition of love to art and literature: all mortal creations, and that which inspires them, are vulnerable.

Refugees of the imaginary


In his combative essay, ‘In Good Faith’, Rushdie affirms his right to imagine against the dictates of purists. He declares his existential irresponsibility as an “ab****** child of history”. This audacious sensitivity belongs to the “minor”, ​​or marginalized subject, who wants to belong to the world (or to the nation, or to the community) by questioning himself about his references. To consider oneself an illegitimate subject of history is not to find oneself outside of history, but to register its presence against the tide, as well as to seek respite and shelter from the sultans of power. The ‘minor’ figure of the refugee fits this description in both real and metaphorical terms. All modern writers are refugees from the imagination, seeking, to use Rushdie’s inventive phrase, “imaginary homelands.” The essay’s most provocative moment occurs when Rushdie defines free speech as “the freedom to offend.” Offend who, how and how much? Is it a question of measure, consideration or responsibility? Or is it the free horse of the imagination running wild through the meadows of language?

Editorial | Taking responsibility: why Iran should revoke the fatwa against Salman Rushdie

Rushdie knows more than anyone, such imagination has consequences. The audacity of the imagination is not without risks. To write is to risk both language and the world. There is no fiction without friction. We can walk because the ground produces friction. We walk, think, talk and write, in a certain style and structure that values ​​and limits our actions. The frictions and limitations we face in language are socially and culturally produced within us. The whole point of writing (as much as walking and thinking) is to constantly push back those limits that tend to hold us back. This is why freedom is precious: it makes us realize that we can push back the limits of nature.

In a short article entitled “Against the Orthodox” which was part of an anthology of Muslim and Arab writers in defense of Rushdie in 1994, Edward W. Said wrote, “Rushdie is the intifada of the imagination”. Referring to Rushdie’s rebellious gesture against religious orthodoxy’s monopoly on truth, Said links it to the spirit of the Palestinian resistance movement. Questioning what is written, being free to wander against imposed certainties, escaping from the room where one is guilty of dreaming, this is what makes literature an act of revolt in our time. The acts of cowardice of fanatics like Matar keep alive the risks and promises of literature.