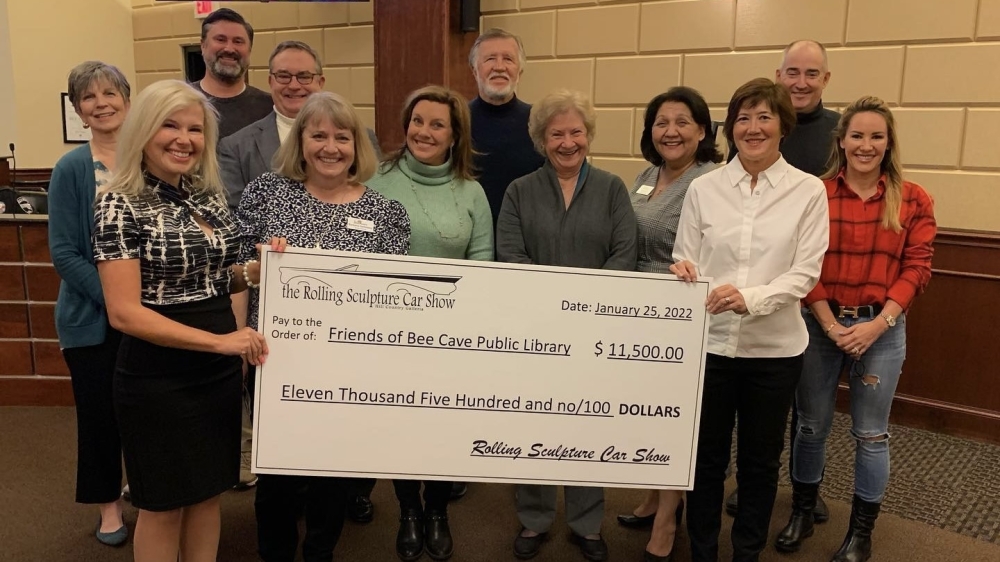 Stay informed about what’s happening in your own backyard and subscribe today! Enter your email below to receive regular updates from CI Morning Impact.

Doug Chambers, director of the Rolling Sculpture Car Show, presented a check for $11,500 from the club to benefit the Friends of Bee Cave Public Library at the Bee Cave Town Council meeting on January 25.

This is the car club’s biggest fundraiser of the year and the show’s 12th year.

Past donations to the Friends of Bee Cave Public Library have funded scholarships for teenage volunteers and paid for new furniture in the library.

Architecture and Construction Engineering Market by Key Players (Integrated Environmental Solutions, Autodesk, AVEVA, Innovaya); Based on the global spread of COVID-19 in 2020

Hoodoo medicine, drama, drawing, tasting and painting will be offered by OCAC