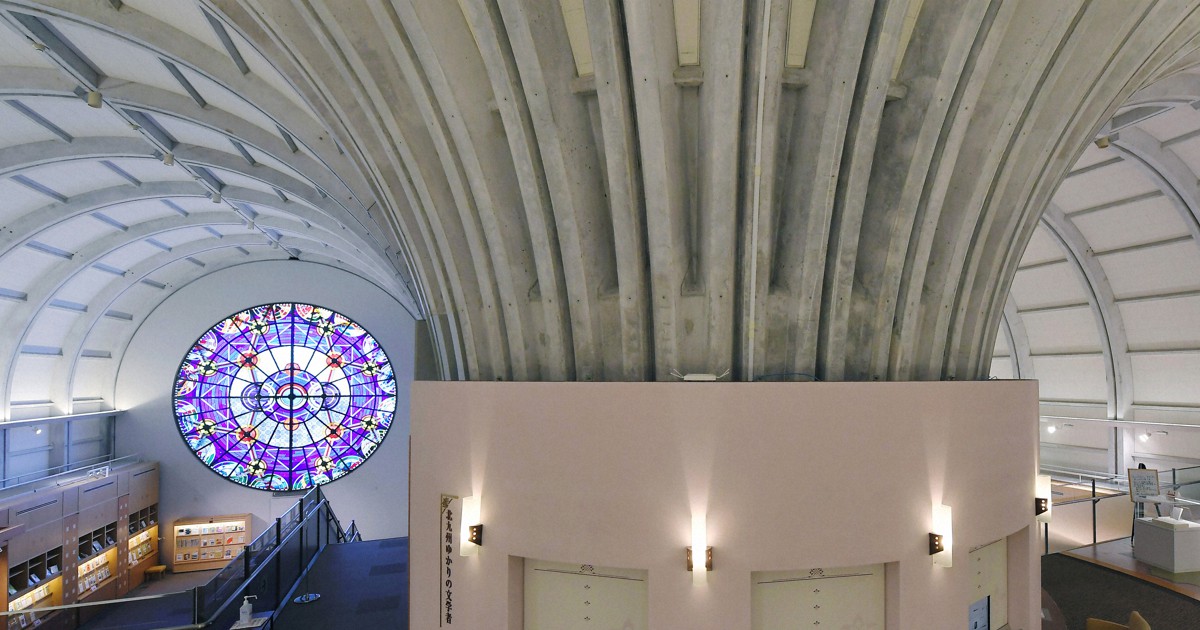 Retro Japan: the library designed by an award-winning architect has beautiful curves

KITAKYUSHU — A building topped with curved roofs of turquoise copper plates is a standout feature of leafy Katsuyama Park in the Kokurakita district of this southwestern Japanese city.

These are the Kitakyushu Central Public Library and Kitakyushu Literature Museum, which opened in 1975, housing a library, history museum, and audiovisual center.

The facility, whose barrel roofs run parallel in one section and curve in another, was designed by world-renowned architect Arata Isozaki and is one of his representative works from the 1970s. Kitakyushu Municipal Art Building built in 1974 in the city’s Tobata district, the complex became a filming location for the 2013 Japanese film ‘Toshokan Senso’ (Library Wars) and its 2015 sequel ‘Library Wars: The Last Mission,” and moviegoers still visit the venues inside and outside Fukuoka Prefecture.

Arched beams at equal intervals support the straight parts of the barrel-vaulted ceilings, while radially extending beams support the curved parts. On the wall at one end of the Museum of Literature section is a stained glass window in a design inspired by the book “Gengo” by Edo period philosopher (1603-1867) Miura Baien.

In 2019, Isozaki received the Pritzker Architecture Prize, the highest honor in the world of architecture. Kitakyushu has a total of four public buildings designed by Isozaki, including the main building of the Western Japan General Exhibition Center built in 1977 and the Kitakyushu International Conference Center built in 1990, both in the Kokurakita district.

The Japanese version of this article was originally published on November 8, 2020.

This series explores the architectural marvels of Japan and its secrets of yesteryear. Read more articles about retro Japan here.