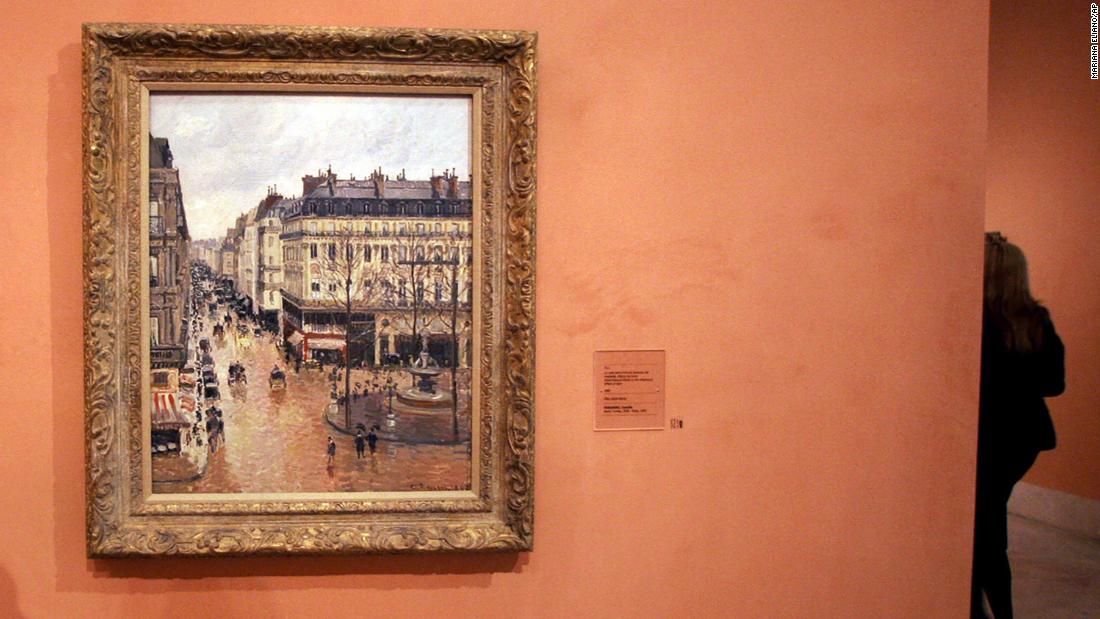 The case, which was filed in federal court in California, is now before the Supreme Court after nearly 17 years of litigation.

Descendants of Jewish Holocaust survivors are demanding the return of a painting their family was forced to hand over to the Nazis and which eventually ended up in a public art museum in Madrid, Spain.

The artwork in the center of the case is an 1897 French impressionist work by the famous painter Camille Pissarro entitled “Rue Saint Honoré, après-midi, rain effect”.

It belonged to the Cassirer family in Germany until 1939, when Lilly Cassirer Neubauer was forced to hand it over to the Nazis in order to obtain an exit visa she needed to flee the country. A Nazi art dealer confiscated the painting in exchange for $360 which was deposited into an account Neubauer was unable to access. In the decades that followed, a series of sales and exchanges took the painting to California, then to a gallery in New York, from where it was purchased by a Swiss collector who eventually sold much of his collection, including the painting, at the foundation. , which he set up with the Spanish government.

A lawyer for the art foundation, the Thyssen-Bornemisza Collection, has asked the Supreme Court to establish a “fair and balanced way” for federal courts to approach these types of cases, as different states have different criteria. different laws that might apply, depending on where the family had brought the case.

“Welcome to the United States. This is how the courts work,” Chief Justice John Roberts told foundation attorney Thaddeus Stauber. “And a private citizen of the United States moving from New York to Ohio, the law that applies to him will also change.”

The case was brought by Lilly Cassirer Neubauer’s grandson, Claude Cassirer, who retired to California. He sued in 2005 after learning the painting was on display at the Thyssen-Bornemisza Museum after the foundation rebuffed its other efforts to have the painting returned.

The Supreme Court dispute centers on how federal courts should decide — under the Foreign Sovereign Immunities Act, which sets limits on a foreign entity’s immunity in litigation — whether to apply a law of the State or the law of the foreign country.

The Cassirer family – now led in the litigation by Claude’s children after Claude’s death in 2010 – argue a California law which they say makes them the rightful owners of the painting, due to the way the work has been obtained. But lower courts instead used legal tests that led them to apply a Spanish law where the burden is heavier on victims to prove that the foundation should have known the painting had been stolen.

Arguments focused on the highly technical aspects of the case, regarding the legal tests that federal courts should use in lawsuits against foreign states and their instruments for deciding which laws should apply. Only once was the painting itself referenced by the judges.

“I think everyone can agree that this is a beautiful painting,” judge Stephen Breyer said.

Judge Sonia Sotomayor, as has become her custom in recent weeks, participated in the pleadings by telephone.