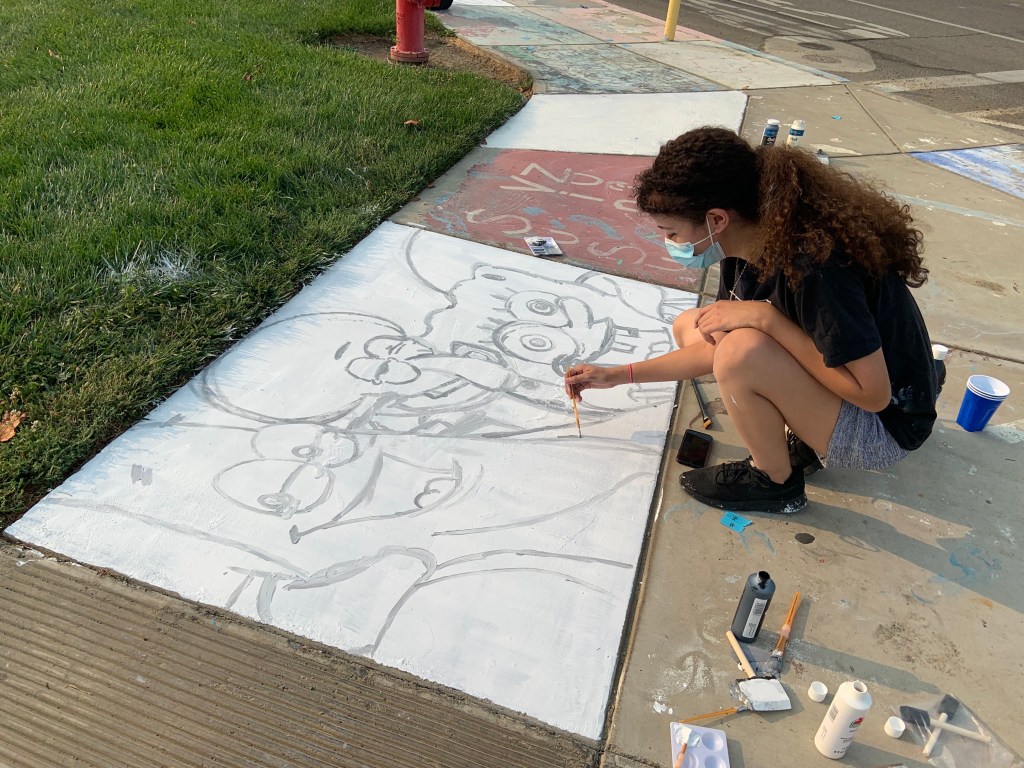 After the COVID-19 pandemic disrupted much of the past two school years, seniors at Pioneer High School were thrilled to be on campus with their classmates to celebrate the start of the school year by participating in Painting Day for seniors Monday morning.

Seniors Painting Day – a tradition that has continued since Pioneer opened – is an opportunity for seniors to come together with their friends and peers to paint part of the sidewalk, leaving a lasting mark on their school. The event started at 7 a.m. in the student parking lot and continued into the late afternoon.

â€œSenior Paint Day actually started at Woodland High, but we’ve embraced the tradition,â€ said Laura Nielsen, Senior Class Advisor. â€œIt’s about letting the kids paint a square on the sidewalk to represent themselves or something that means something to them. “

With music, the smell of fresh paint in the air, and loud laughter heard in the area, the students worked hard to perfect their squares to represent themselves or something they love.

The colorful squares featured images of student favorite quotes, fruits, YouTube channels, memes, and cartoon and TV characters like SpongeBob and Grogu from The Mandalorian.

While some chose to go it alone, several Elders banded together with their friends to work together and create a play that represented them all.

â€œIt’s the pre-senior year so it’s really nice to hang out with your friends and paint and do something,â€ said Adriana Solis, 17, who was working on a painting by SpongeBob characters with his two friends. “We’ve been a trio since elementary school so we paint SpongeBob SquarePants Squidward and Patrick.”

Twin brothers Matthew and Mason Rowe, 17, painted an image of the Muppets’ rowdy duo Statler and Waldorf to represent their relationship and leave their mark on campus. The brothers, along with several of their peers, commented on how nice it was to see everyone on campus again and participate in senior activities after spending so much time in a virtual classroom.

â€œI think the kids are especially excited this year to get social again after COVID,â€ said Matthew Rowe. “Even with masks on, I think it’s great for all of us to be back here and socializing again.”

With the first day of school coming quickly on Thursday, it was important for the staff to create a sense of normalcy for the students in any way possible.

â€œThis year more than ever, it’s so important to keep things as normal as possible for children and to give them a chance to come together and experience these traditions,â€ Nielsen said. â€œEspecially that later it might not be allowed. We don’t know if we’ll be able to hold gatherings or assemblies or all the other things that are mind-oriented, so it’s something we can do that is relatively safe.