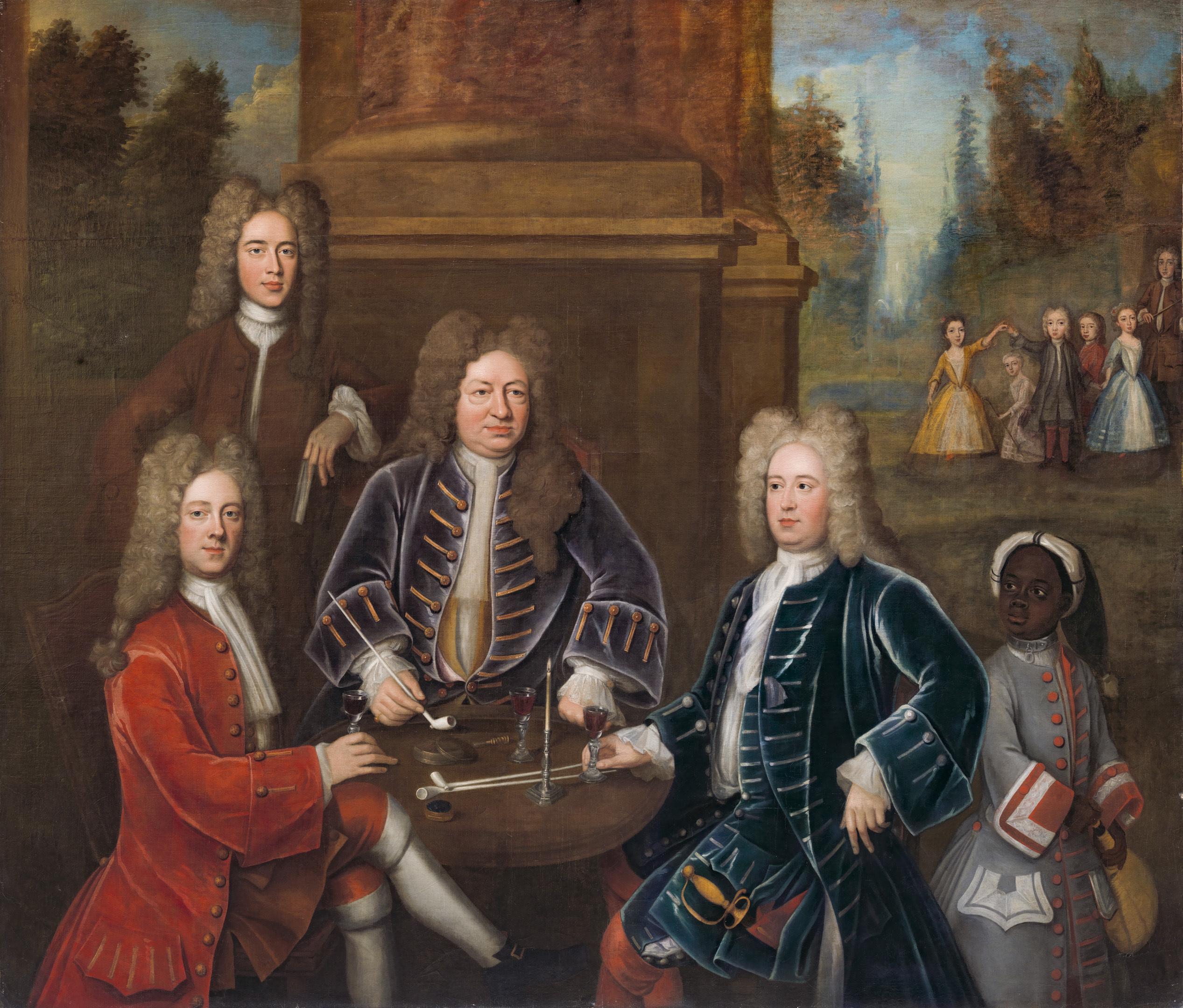 An early 18th-century painting of the Yale University namesake with a enslaved black child has been released to one of its museums even as art experts investigate its origins and discussions on campus on the school’s ties to slavery continue.

The almost life-size portrait in oil on canvas shows Elihu Yale and his family members seated at a table with tobacco pipes and wine glasses, while a slave boy with a metal collar tied around his neck looked. In the background, children believed to be Yale’s grandchildren are playing.

The Yale Center for British Art removed the painting from exhibition in October 2020 to perform technical analysis, which is ongoing and includes efforts to identify the boy, as well as to confirm the identities of others. Over the years, some clients have expressed concerns about portraying a child enslaved, but that was no reason to remove it, said Courtney Martin, director of the center.

â€œThere will always be concerns about the presentation of a work whose subject matter is volatile,â€ said Martin. “But I think you alleviate those concerns by saying both that we understand that this is a painting that has a context that we need to explore further.”

So far, research and analyzes by experts at the center have failed to determine the identity of the boy, who they believe to be around 10 years old. But they determined that some of the adults were misidentified by a previous owner and that the portrait was painted between 1719 and 1721, the year Yale died, instead of 1708, as originally thought. .

It is also not known who painted the portrait, although experts at the center believe it was John Verelst, a Dutch artist. Researchers also believe the painting was done in Yale’s London home. It was returned this month for public display at the museum.

For several months, the painting was replaced with a 2016 artwork by Titus Kaphar which included a portrait of the slave boy, minus the metal collar, above what appears to be a crumpled version of the original painting.

There is no evidence that Elihu Yale owned slaves. His papers, including financial records, have not been found. And it’s still unclear whether the enslaved child belonged to one of the other men in the painting, which researchers say includes Yale’s sons-in-law Lord James Cavendish and Dudley North.

But experts believe Yale oversaw the slave trade and other businesses when he was governor of Fort St. George in India and worked for the East India Company. And there are other paintings showing Yale with slaves, including one that was removed in 2007 from the Yale University boardroom after years of complaints. And his relatives in New Haven, where Yale University is located, were slave owners, researchers said.

The college was named in honor of Yale in 1718 after he donated more than 400 pounds, proceeds from the sale of goods and a portrait of King George I, according to the university.

The painting is part of a larger campus discussion of the university’s links to slavery, which included associations with those who favor slavery and racist against blacks. In 2017, the school renamed Calhoun College – named after John C. Calhoun, a 19th-century Yale alumnus, US vice president and supporter of slavery – to Grace Hopper College, in honor of the mathematician Navy pioneer and Rear Admiral who graduated from Yale in the 1930s.

“Slavery is an important part of the history of the institution,” said Edward Rugemer, associate professor of African American studies and history at Yale. “And this is a part of the story that the Yale community needs to think deeply about and accept and move forward in terms of what needs to be done against the racial injustice that persists in our society.”

Rugemer said self-portraits featuring slaves were popular during Elihu Yale’s lifetime. Even George Washington had paintings of himself with slaves.

And although there is no evidence that Yale owned slaves, “he felt it was important to include a child slave in his self-portrait, because including the child slave in the portrait presented him to the public as a man of empire, like a man of wealth, as a master. From Yale’s perspective, the child completes his stature.

How to get rid of the “oil painting effect” on the iPhone 13 and 12 camera: 4 tips you should know