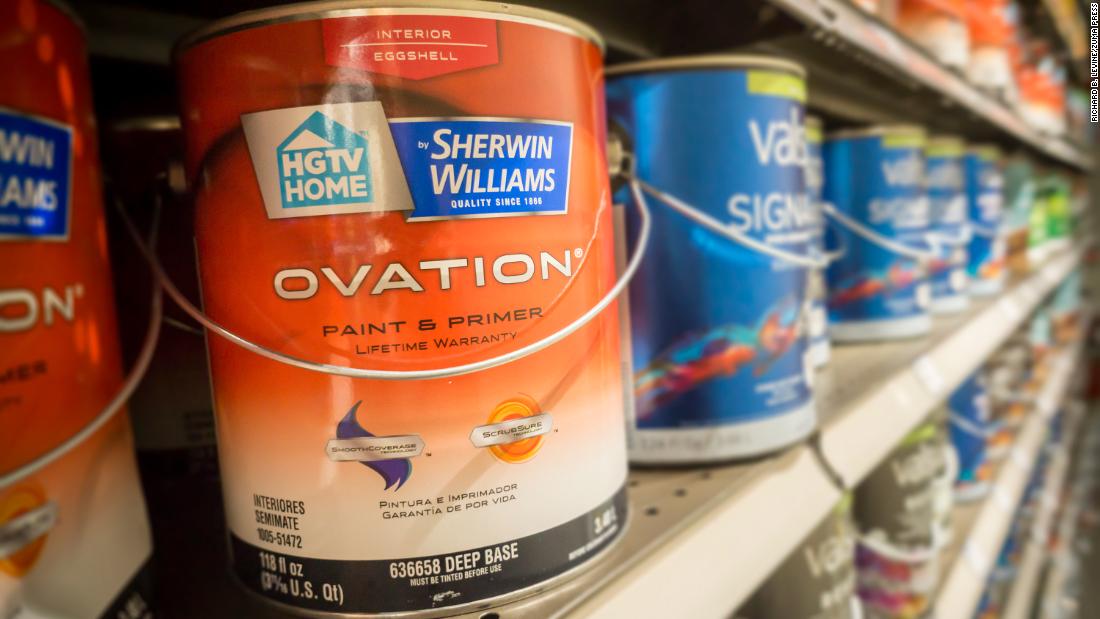 Sherwin-Williams said this week that strong demand for paint is not enough to keep it from having to cut its revenue and profit forecast.

The company told investors that it faces some of the same raw material shortages as other industries, pushing up the cost of the supplies it needs to make paint.

â€œThe persistent and industry-wide constraints on raw material availability and price inflation that we previously reported have worsened, and we do not expect supply to improve or lower commodity prices in the fourth quarter as expected, â€said CEO John Morikis.

According to company executives, increases in raw material costs are expected to be in the teenage percentage range for the year, including an increase of more than 20% in the fourth quarter. The price of everything from the resins and polymers used to make paint to the steel used to make paint cans increases costs for the company.

The paint manufacturer is responding to rising raw material costs by raising its own prices.

â€œWe rarely get a thank you note when we raise prices,â€ Morikis said on a call with investors Wednesday morning. “For the most part, our customers understand that the situation is as it is.”

Much has been said that the current surge in inflation was “transient”. But Morikis and other Sherwin Williams executives don’t necessarily see this to be the case.

â€œThe reality is that there is a tight supply chain market, there is high demand and we expect raw material costs to remain high for some time,â€ the CFO said. Allen Mistysyn.

â€œThe actions we are taking indicate that we expect them to be longer term rather than shorter term,â€ said Morikis.

The supply disruptions began earlier this year when the severe winter storm that hit Texas caused prolonged power outages and damaged the factories of some suppliers.

“Supplier recovery in Texas has historically been slower than what has been communicated to us throughout the year, with some suppliers still not returning to pre-storm operating levels seven months later,” said Morikis.

The damage to suppliers from Hurricane Ida only compounded the problems.

“Our suppliers are now reporting that the impacts of Hurricane Ida are more severe and will last longer than originally thought,” Morkis said. “Production of several key resins, additives and solvents, which are expected to resume at the end of September, has been postponed.”

Sherwin-Williams still plans to move forward with commissioning 50 million gallons of additional capacity over the next six months. The company has also announced that it will acquire supplier Specialty Polymers in a deal expected to be reached before the end of the year.

â€œAlthough the visibility of the recovery in the supply chain is limitedâ€¦ we will continue to invest in our strategic growth initiatives,â€ said Morikis.