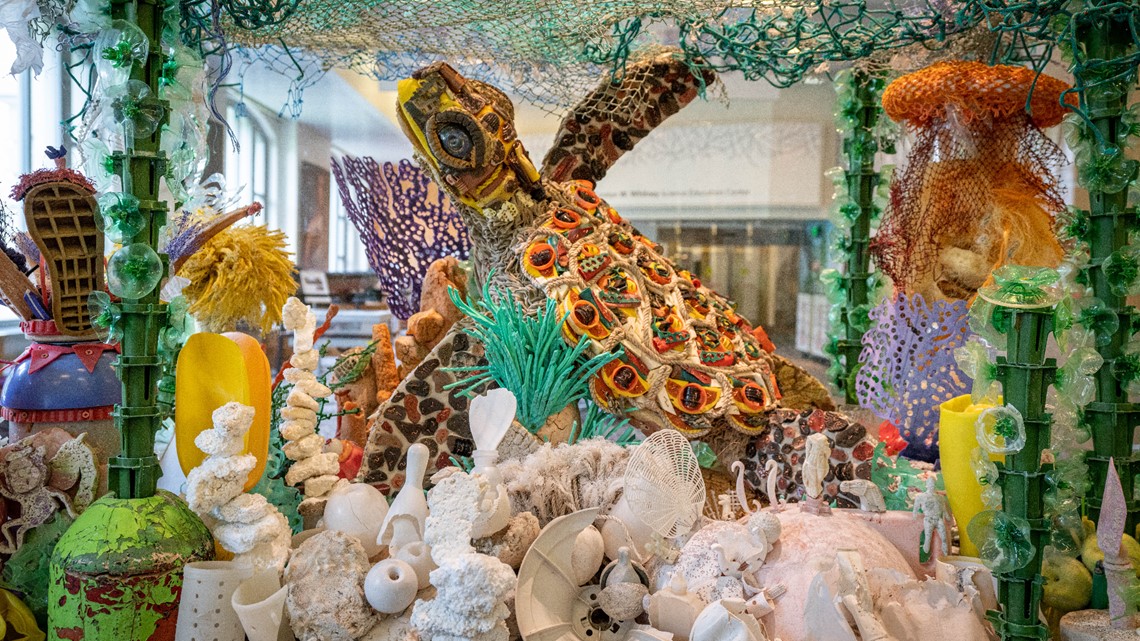 BANDON, Ore. — An Oregon nonprofit with a mission to raise awareness about plastic pollution by turning trash into treasure has landed a permanent exhibit at the Smithsonian Museum of Natural History.

Based in the coastal town of Bandon, Oregon, the nonprofit environmental organization washed ashore processed over 37,000 tons of plastic from Oregon beaches and used some of that waste to create 87 works of art.

Katie Dougherty, director of Washed Ashore, creates sculptures made entirely of debris washed up on the shore.

Each sculpture is meant to represent the impact of plastic pollution on marine life, with the aim of inspiring change.

“The urgency to increase awareness and education around the subject is really important,” Dougherty said.

Now that mission has reached the nation’s capital with a permanent art installation in one of the world’s most renowned museums.

“The Smithsonian Museum of Natural History is the most visited natural history museum in the world. It brings a bit of awareness of what’s going on that we have on a day-to-day basis,” Efrain Tejada of the Smithsonian Institution said of the new exhibit.

The display is a sculpture of a turtle entangled in a fishing net looking for food. When viewed up close, visitors can see the debris used to create the piece, such as bottle caps, toothbrushes, and even flip flops.

“Some parts that are known to be plastic are from the 2008 Beijing Olympics,” Dougherty said.

She wants visitors to not only interact and engage, but also change their habits.

“What can you do to change your use of single-use plastic, and we believe and encourage that one thing by one person can make a huge difference,” Dougherty said.

Its ultimate mission is to reuse and recycle to keep trash out of the ocean.

“We worked hard for, what we jokingly say, ‘run out of art supplies’.”