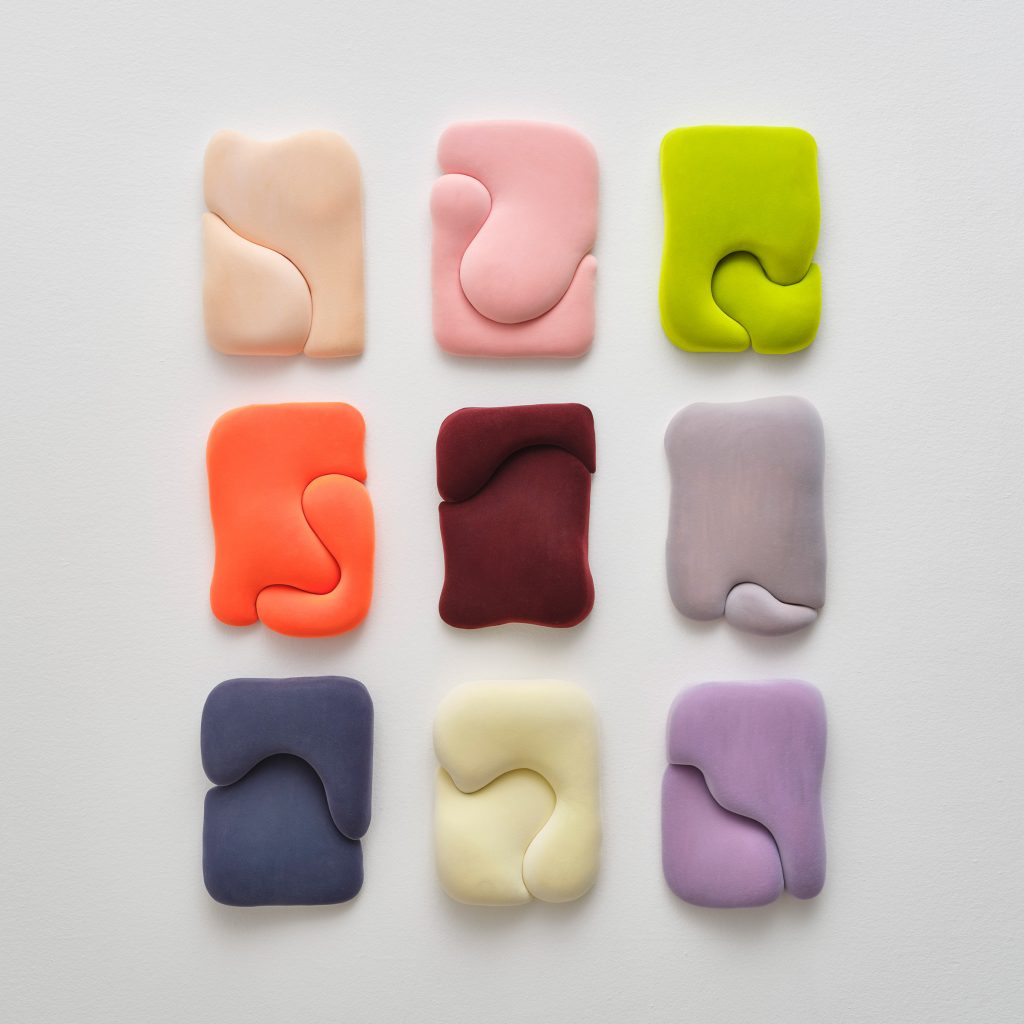 Nine sculptures by Kristine Mandsberg that refer to a human embrace

Textile designer and artist Kristine Mandsberg has created a series of nine wall sculptures informed by the act of embracing people, which is featured in our Dezeen x The Mindcraft Project 2022.

The base of the nine Blob sculptures is a rectangular PVC foam board, which Mandsberg covered with nylon jersey and then finished with a flocking technique.

The result is a series of sculptural forms that aim to activate the viewer’s senses while fostering a physical connection between the sculpture and the user.

The slight variations in each piece aim to convey the sequence of hugging or hugging a loved one, “addressing the diminishing physical contact within contemporary society”.

“I had this idea that a more buoyant and lively form would emphasize the softness of the surface and the object itself, and thus emphasize the physical and sensual encounter between the viewer and object,” Mansberg said.

“I imagine a room full of these shapes covering a large wall, like a big puzzle where the color and repositioning of the shapes would create this overwhelming, soft surface,” the designer said.

According to Mandsberg, the Blob series could be extended to larger-scale installations, which aim to depict entire environments where human senses and social interaction would be encouraged.