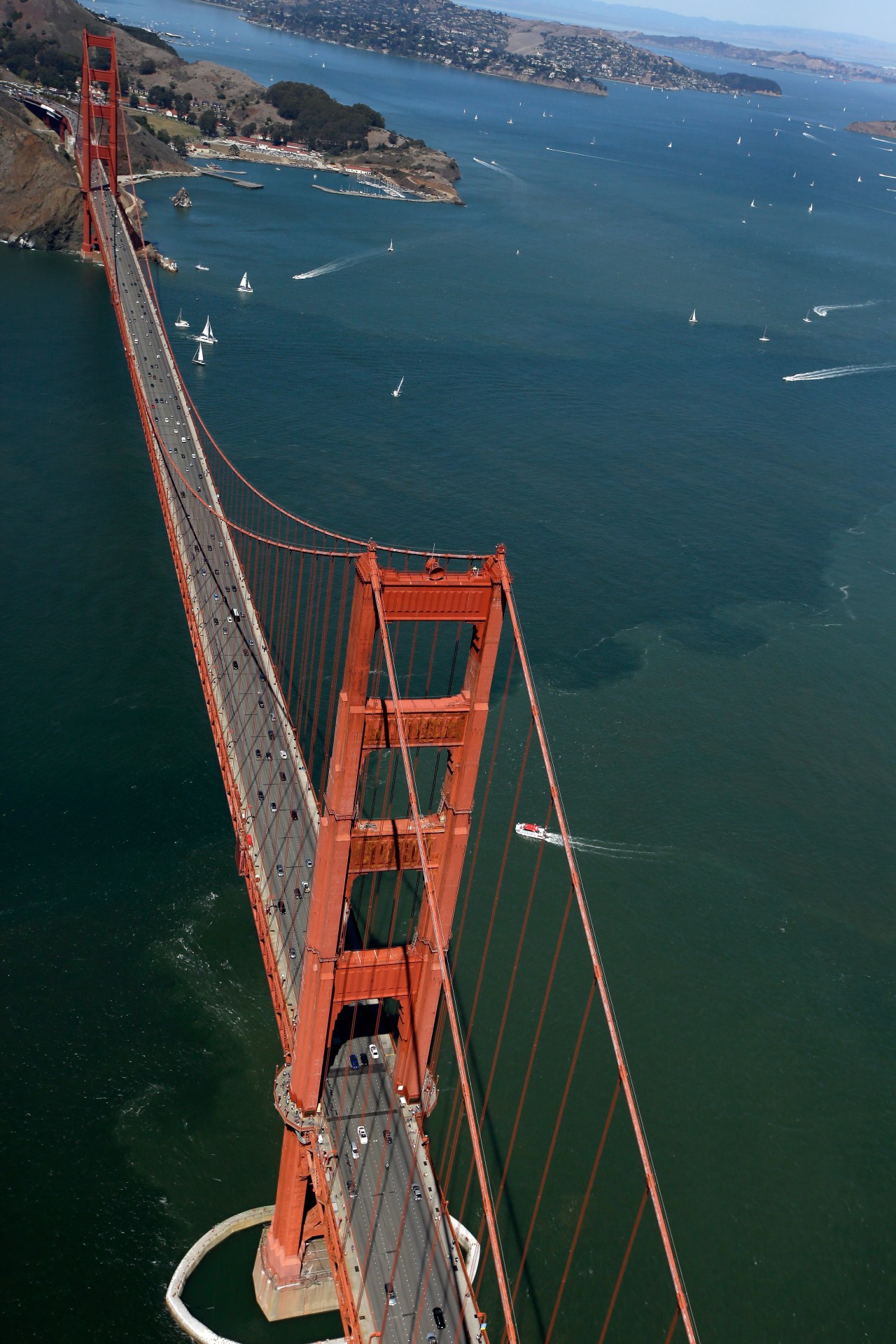 Not quite true, Fred Mixton, the paint superintendent for the Golden Gate Bridge, Highway and Transportation District, told KRON4 — but closer to the truth than you might think.

“We’re painting continuously, but it might not go all the way,” Mixton said. “We were on the south approach, and now we’re going to the north approach, the rear span.”

Mixton said the engineering department regularly inspects the nearly million-ton, 1.7-mile-long bridge that connects San Francisco to Marin County, and identifies areas that should be prioritized for strengthening and repair. paint.

As a helpful Bridge District video explains, step one is to sandblast off old paint and rust, step two is to make repairs and apply primer, and step three is to paint over International Orange, the official color of the bridge, from rivets, edges and bolts.

“We put an extra layer on the edges so they don’t fail,” Mixton said.

Mixton said the chemical environment means workers must wear a respirator and get tested every year.

All of this work takes place in 70-by-70-foot containment pads erected to retain workers and prevent environmental pollution.

The bridge requires a lot of painting due to the salt content in the air and water around the bridge causing the steel to rust and corrode.

“If you could see some of the steel before we got in there – that’s a mess,” Mixton said.

Mixton oversees some 28 painters, but they aren’t the only ones needed to complete the mammoth task, which also requires engineers, ironworkers, operational engineers, electricians, laborers and carpenters.

“It takes every trade to do what we do,” Mixton said. “You need a village. It’s hard.”

There wasn’t much repainting until 1965 when the effects of corrosion became clearly visible, leading to a 30-year project to remove and replace the original lead-based paint on the bridge.

Mixton himself has worked on Bay Area bridges for three decades, first with Caltrans, and was the superintendent of the Golden Gate Bridge for “just over 12 years.”

“I started out as a bridge painter, working my way up,” Mixton said.