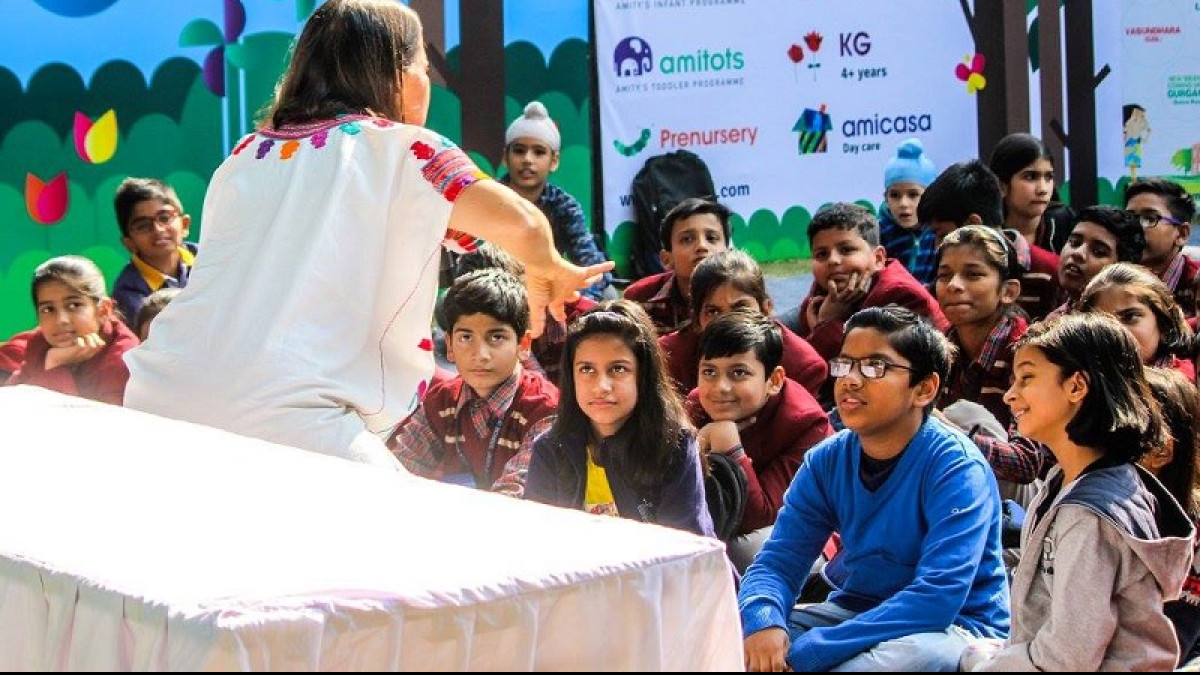 Increase efforts to engender the culture of reading: the Parag initiative

Tata Trusts’ Parag initiative, which works to promote children’s literature, aims to deepen and broaden its efforts to engender the culture of reading and access to quality materials for children.

Talking about his various initiatives, Lakshmi Karunakaran, Manager – Parag, says that with the children’s literature sector in India which has made many positive strides over the past two decades, the market has grown, the work of Existing nonprofits and for-profit publishers have grown stronger, and efforts to shore up the sector, such as children’s book awards, have intensified.

However, positives characterize the English children’s literature sector much more than other Indian languages, she says. “While there are encouraging developments like many more translation collaborations between publishers of different languages, Indian language ecosystems need much more support before market forces support at least some aspects. , quality and variety remain a challenge…” Karunakaran told PTI.

Parag, which is behind the Big Little Book Awards and the Parag Honors List, also supports school and community libraries so children have free access to books and an open, vibrant environment that promotes reading for enjoyment. .

“Libraries as an integral part of our education work will therefore expand more and more. Our efforts to build staff capacity around libraries will also intensify, to match the increased reach of libraries, and to also rely on running multiple batches of library educator courses,” says Karunakaran.

She says Parag also offers professional development courses and works with teachers, librarians and facilitators to develop their ability to engage with children’s literature and create a relationship between books and children.

“Parag currently supports over 4,000 libraries in 8 states. Parag Libraries has a curated book collection tailored to children’s reading levels and interests and a librarian who understands books, children, and reading for fun,” she says. According to her, Parag has supported the publication of more than 900 quality children’s books in the 3-16 age group.

“These stories have been published in 16 languages, including non-common languages ​​such as Mundari, Bhilori, Pawri and Santhali. Selected books are available in multiple formats including ePubs, audio, Braille, tactile and animated e-books,” says -she. Karunakaran says that when it comes to promoting reading among first-time learners, the challenges are many.

“One of the first environments is the home. Unfortunately, for a first-time learner from a disadvantaged family, chances are the home doesn’t have storybooks or the parents don’t. are neither readers nor even literate.

“Given the current state of public libraries in India or the general absence of a reading culture, the next environment for the learner, i.e. neighborhood or community, is not doesn’t offer much access to books either,” she laments.

Moreover, as the state of libraries as well as the quality of language teaching in schools to which the first-time learner has access are suboptimal, the school environment does not do enough to help the child to naturally become a reader, she says.

According to Karunakaran, Parag will continue to catalyze the ecosystem of children’s literature in the country, especially in Indian languages, so that children can access good quality content in their own language and contexts.

“With this in mind, the initiative will continue to identify diverse communities, non-traditional groups and partner with children’s publishers, authors, illustrators and artists and create good quality content through workshops, residences for authors and illustrators in several Indian languages,” she says.