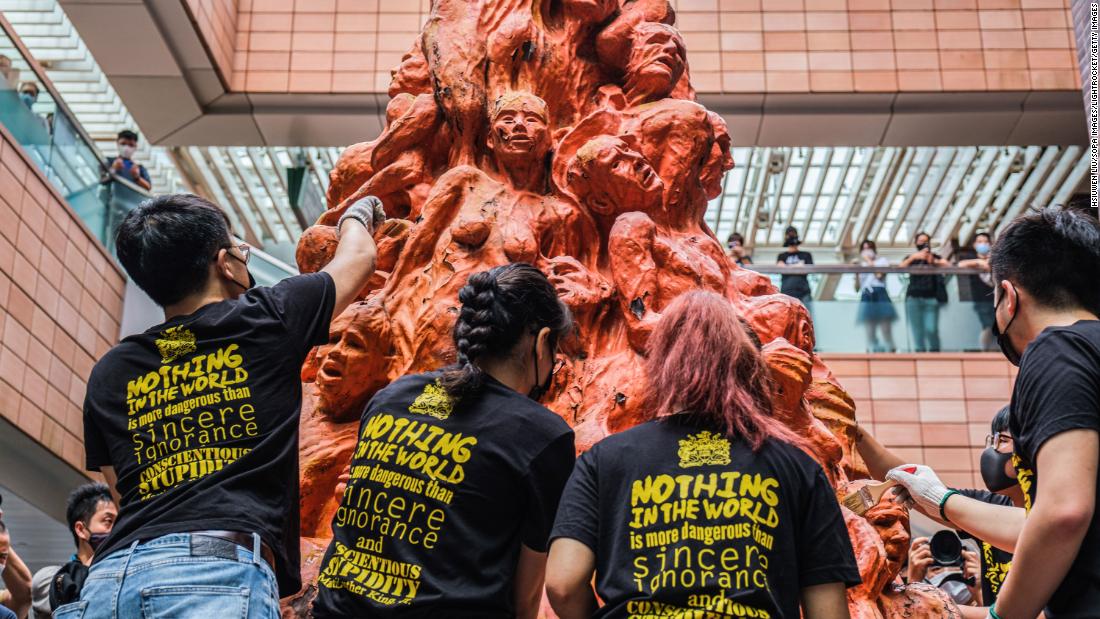 By Teresa J. Stout On Oct 9, 2021
0
Share
The University of Hong Kong will remove from its campus the famous sculpture “Pillar of Shame” commemorating the victims of the Tiananmen Square massacre in 1989, a letter written by its legal team announced Friday.

The letter came from Mayer Brown LLP – a London-based international law firm acting on behalf of the university – and stated that the statue had to be removed “before 5 p.m. on October 13, 2021”, or it would be considered “abandoned. “. and dealt with “in a manner” that the university deems appropriate.

She was speaking to leaders of the Hong Kong Alliance in Support of China’s Democratic Patriotic Movements, a pro-democracy organization established during the Tiananmen Square protests, which received the sculpture on permanent loan in 1997.

After several of its senior members were arrested under Hong Kong’s National Security Act, the Alliance announced its decision to disband last month and is now in the process of being wound up.

The sculpture, which stands atop a podium in the university’s Haking Wong building, is one of a series of works by Danish artist Jens Galschiøt created in 1997 to pay tribute to victims of the crackdown on Tiananmen Square, in which the Chinese military crushed student-led protests in Beijing with deadly force.

The sculpture “serves as a warning and a reminder to people of a shameful event that must never happen again,” according to the description on Galschiøt’s website.

Galschiøt gave the sculpture to Albert Ho and Lee Cheuk-yan, both involved in the Tiananmen Square protests and were the leaders of the Alliance.

Galschiøt told CNN on Friday that he was considering “legal action” if the statue was taken down because the work is still his property.

“They gave them five days to remove the sculpture, it’s not possible. A lot of students are in prison, it’s really crazy and unfair. I had an agreement with the university for the permanent exhibition of this sculpture, ”he said. .

“It is a big statement from the Chinese government if they remove it. It is the only monument reminiscent of the Tiananmen crackdown, morally it is a big problem.”