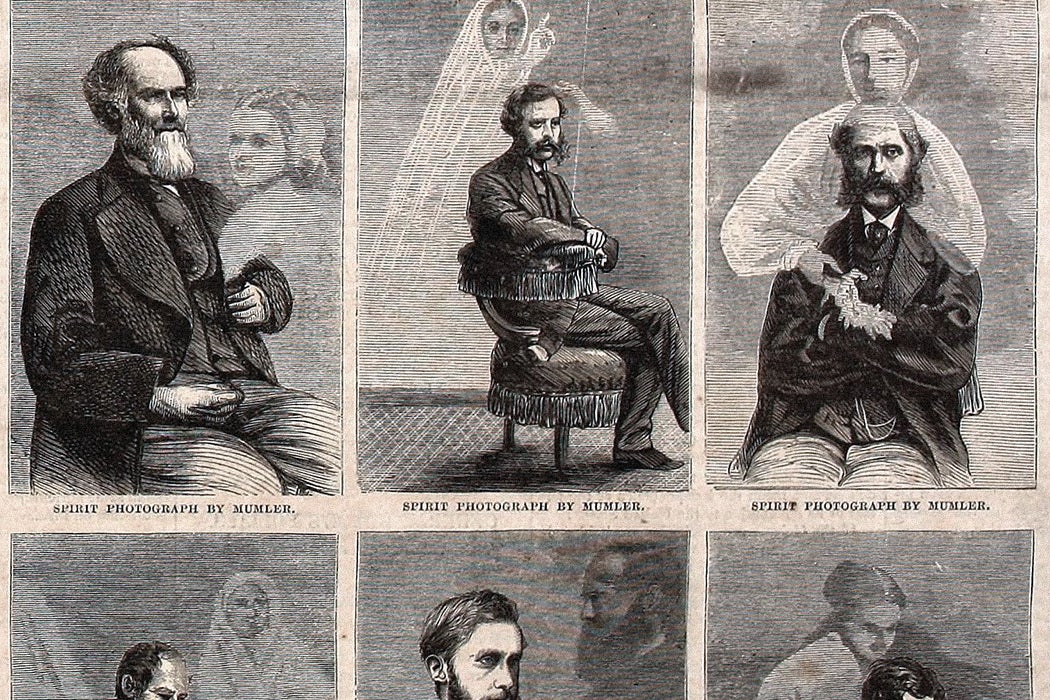 Victorian ghosts dressed better than their ancestors. No more traditional white linen, funeral shrouds, rattling irons. In the 19th century, according to so-called connoisseurs – spiritualists, spiritual photographers (yes, they claimed they could photograph ghosts) and, most importantly, writers of scary stories – ghosts showed up in the latest fashions.

Researcher Aviva Briefel argues that the Victorian fascination with the intangible was also an obsession with material goods which defined the living. All of this manifested itself in the conventions of literary realism, which depended on thick descriptions of the stuff of the material world.

For Victorian writers, clothing made the ghost.

“The complex interactions between intangible spectra [sic] and concrete clothing has become a rich site of investigation in nineteenth-century ghost history, a genre deeply informed by realistic conventions despite its supernatural subject matter, â€Briefel writes.

For Victorian writers, clothing made the ghost. As in the detective story, what a spirit wore was a clue to its identity: ghosts were recognized by their wardrobes. After all, in the words of a fictional character from 1866, a ghost is “hollow, and has no teeth, no bones, no hair … a kind of nothing without guts.”

At HG Wells The invisible Man (1897), the protagonist, essentially a ghost, can only manifest himself through the costume. He needs, writes Briefel, “things to hide his emptiness.” Or, as one character in the novel puts it, â€œWhy! â€¦ He’s not a man at all. These are just empty clothes.

At Charles Dickens A Christmas Carol (1843), the translucent ghost of Jacob Marley takes shape only through his â€œwaistcoat, his tights and his bootsâ€. When this apparition begins to unroll the bandages over his head, his jaw simply drops. It is literally held together by fabric.

The Victorians left very few body parts on display, so it should come as no surprise that they enjoyed ghost stories in which the “specter runs after clothes to protect his decency”. A naked ghost could disrupt manners and the conventions of literary realism.

Skeptics and parodists had fun with it all, wondering if the clothes themselves were ghostly and made by ghost tailors and ghost shoemakers. In “The Romance of Certain Old Clothes” by Henry James (1868), a ghost returns to kill his own sister to protect her wardrobe.

Briefel argues that Victorian ghost stories ended up prioritizing clothing and adornments over ghosts. The ghosts themselves were literary workers, working hard to make the objects appear real. “Once they have fulfilled this function, the specters are pushed aside and merge into (greater) invisibility, leaving behind the descriptive objects they helped to make,” writes Briefel.

Other Victorians were even more blunt. They suggested that the garment itself was haunted by slaves and colonial subjects who produced the raw material, by children working in factories, and by seamstresses sewing fashionable clothes they couldn’t afford. And a notable, if not respectable, Victorian, Karl Marx, described the nature of goods as “like ghosts.”

JSTOR is a digital library for academics, researchers and students. JSTOR Daily readers can access the original research behind our articles on JSTOR free of charge.

What to Know About Car Title Loans and How It Works

Hub overcomes the challenge of diversity with remarkable architecture