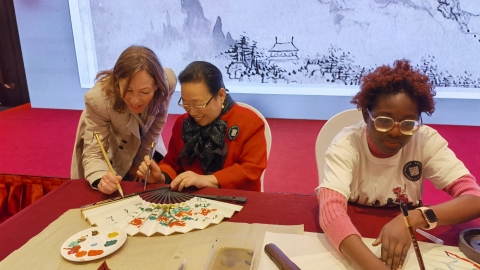 Shanghai Daily’s founding editor-in-chief Peter Zhang gave a talk on traditional Chinese paintings in English to expats and locals over the weekend.

More than 50 people, including multinational business executives, diplomats and international students from local universities attended the conference in downtown Changning District on Saturday.

In his lecture titled “Taking a Closer Look at Traditional Chinese Painting,” Zhang introduced what makes Chinese painting unique, the three main genres – bird and flower, figure and landscape – as well as distinctive painting styles, such as super realistic or fine. -brush painting and impressionist or freehand style.

â€œTraditional Chinese painting, also known as brush painting or ink wash painting, is one of the oldest art forms in the world,â€ Zhang said.

Zhang explained the basic knowledge as well as the deep cultural significance of traditional Chinese paintings. He exhibited many classical works and guided the audience to better understand and appreciate the paintings. 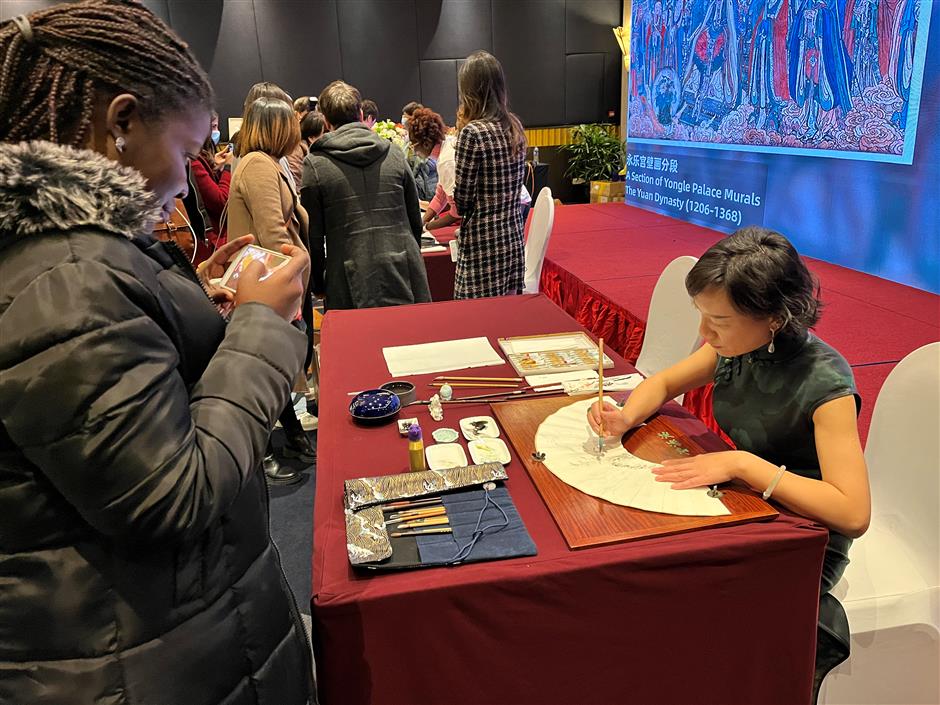 Kesia Mouxella Marengo from Suriname, an international student at the University of Shanghai, watches local artist Wen Jing create a work on a fan.

Zhang graduated from Stanford University in 1984 with a master’s degree in journalism. He founded Shanghai Daily, the main English newspaper in Shanghai, in 1999 and served as its editor.

Zhang, who is good at painting, has published many books in English on traditional Chinese painting as well as historical figures and ancient architecture of China.

Saturday’s event was the first in a series of lectures by Zhang that intends to promote Chinese culture and concepts through traditional art.

The event was organized by Shanghai Yanbo Culture Media Co, which is dedicated to promoting traditional Chinese culture through bilingual programs on new media platforms like WeChat and audio apps. 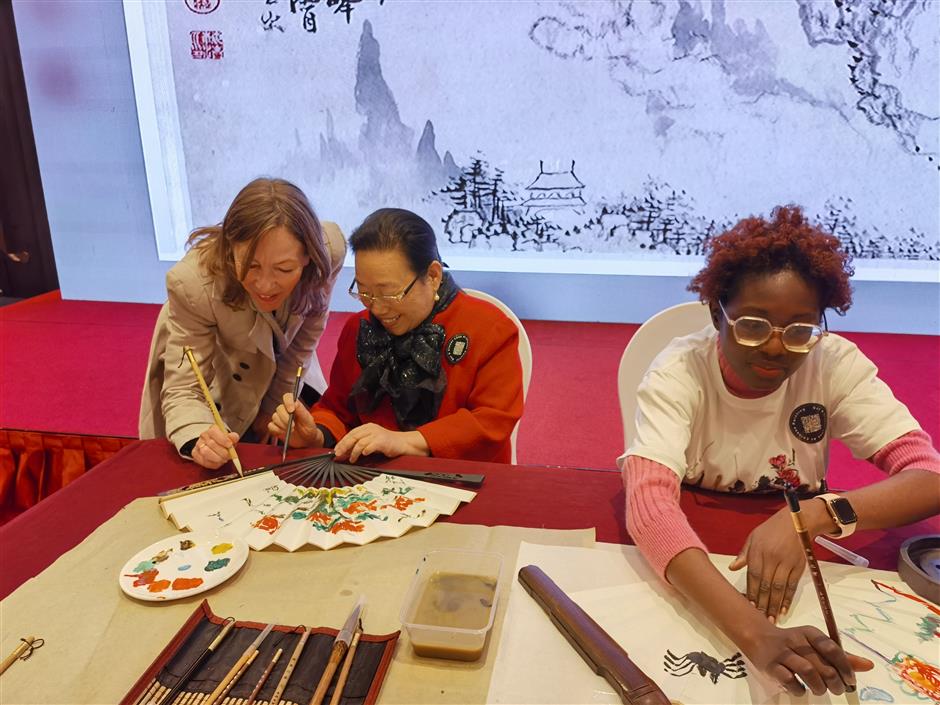 Members of the audience try their hand at traditional Chinese art after Peter Zhang’s presentation.