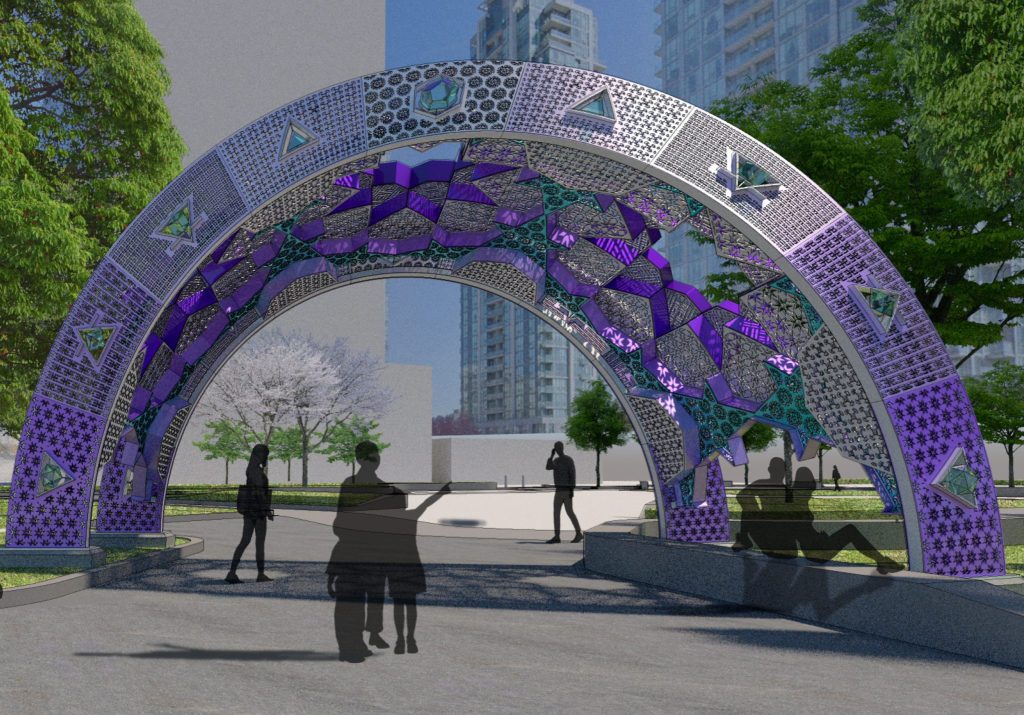 Rendering of the city of Mississauga

A new sculpture from Mississauga will offer a chance to explore the night sky through a multicultural lens.

Rayyan: a cosmic bloom is described as “a dynamic gateway sculpture” that explores “the cosmos through the language of sacred geometry”.

The perforated and illuminated aluminum sculpture will be installed in 535 Park, at the corner of Kariya Drive and Elm Drive West in Mississauga.

The piece is inspired by the name of the city, Mississauga, which comes from an Anishinaabe word meaning river with many mouths.

The public artwork will be Mississauga’s first permanent work by BIPOC artists, Quentin VerCetty of Malton and Toronto artist Javid JAH. The two have worked together in the past and wanted to create something for Mississauga.

“It is important for both of us to give visibility to our heritages, which are in the minority and often marginalized,” says JAH.

“So for Quentin, Afrofuturist images and representation of black communities and for me, Muslim communities, which implies a diversity of languages, ethnicities and cultures. But for both of us, it was important, especially in a city as diverse as Mississauga, that the permanent public art reflect the diverse communities. 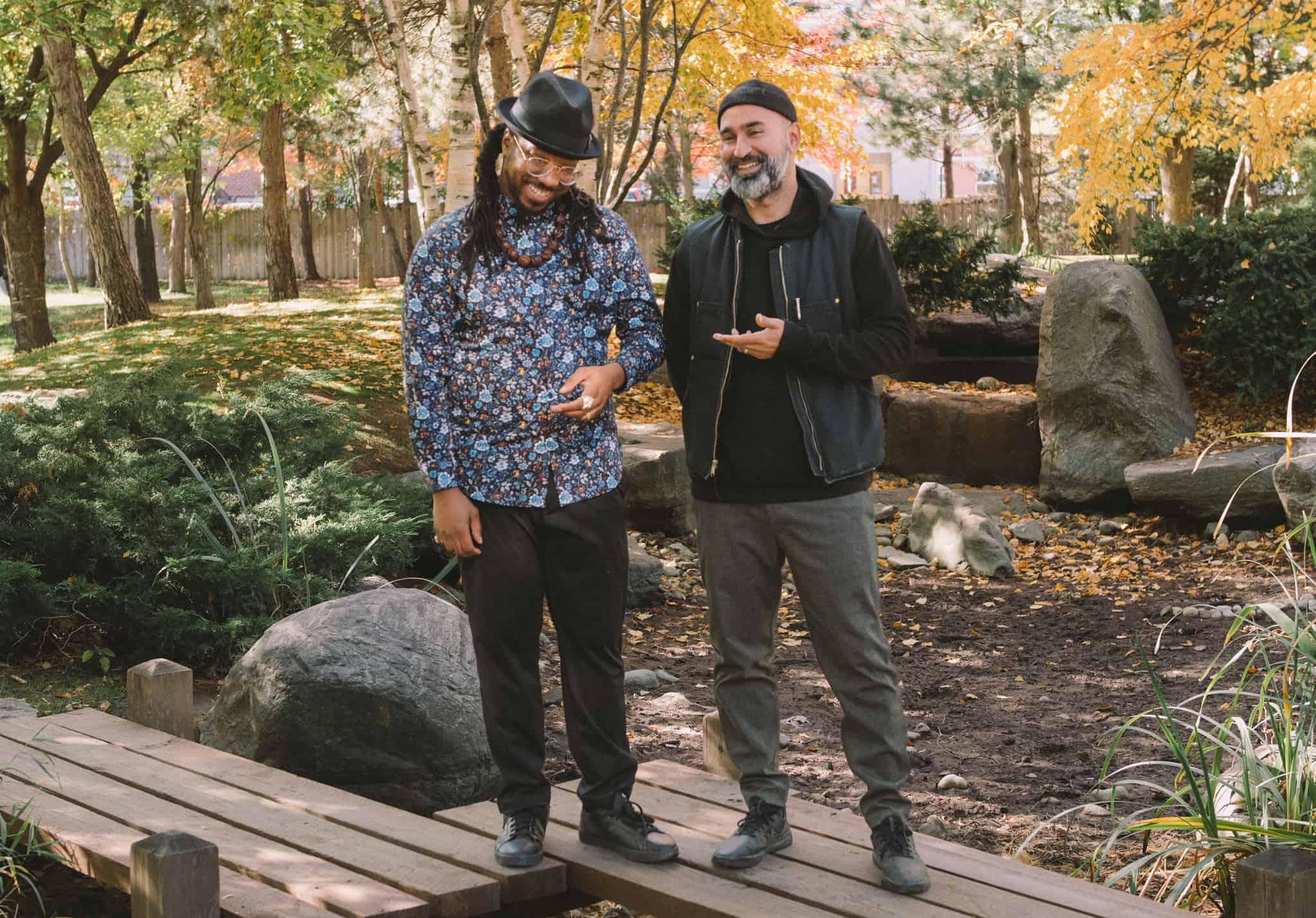 Growing up in Malton, VerCetty said there was a huge black and brown community.

“So I thought it would be more powerful not to be the only voice creating this piece. And so having Javid on that and bringing his lens to this piece. I really wanted it to be intentional to inspire as many people as possible,” says VerCetty.

They also consulted with indigenous peoples to incorporate their knowledge into the piece. The work explores cosmology and how it is shared by different traditions.

The shape is inspired by traditional Islamic arches with perforated flower shapes known as crystalline and adinkra (West African) symbols of the elements, fire, earth, air and water. 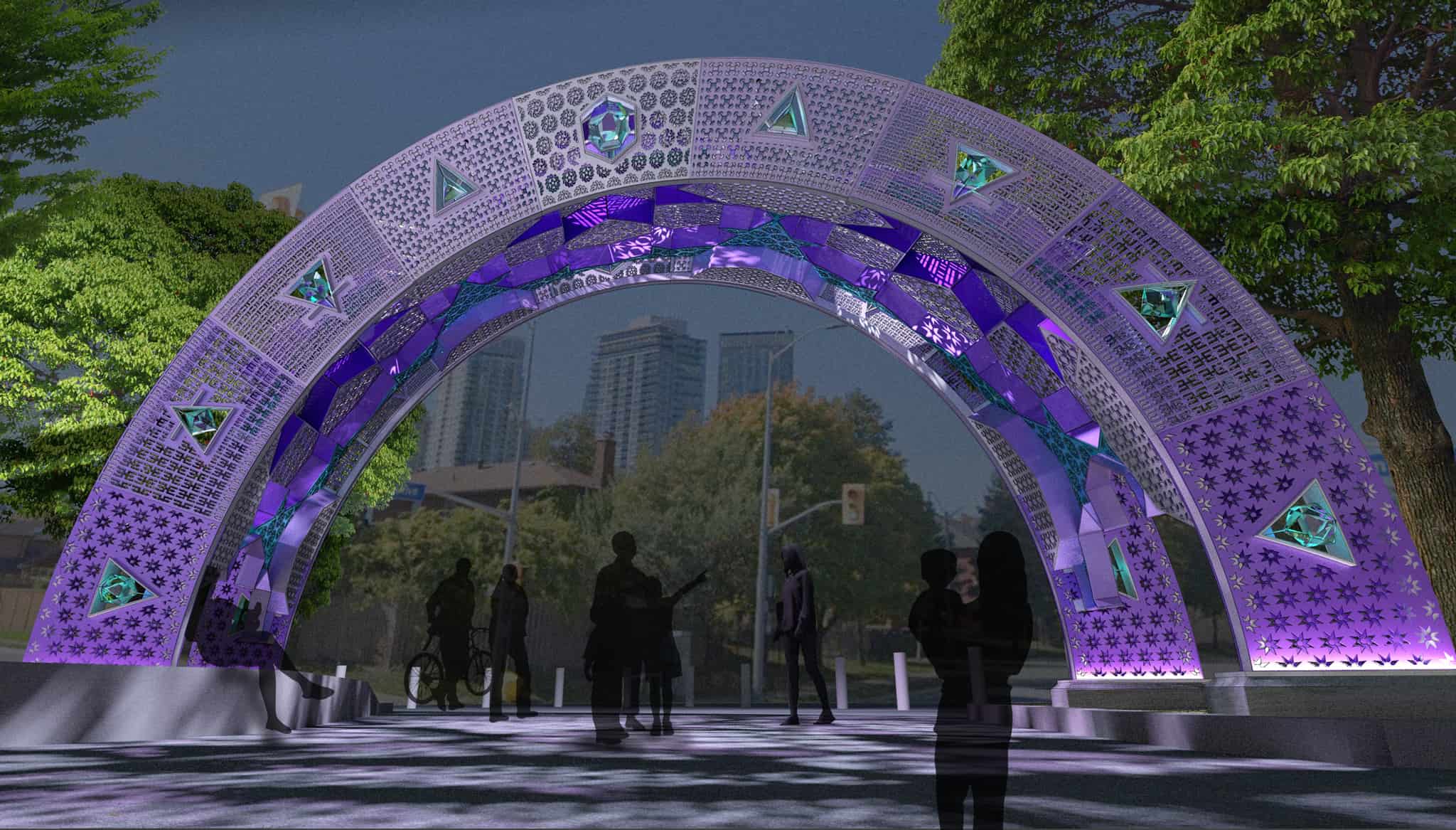 The crystalline forms will be an oculus to the sky for the constellations. The forms will also be cast on the ground and around the arch. The walkway frames the way people interact with the sky and nature.

“The idea is that when people pass through this archway, they come in through this gateway into this park inspired, and leave, ideally, more inspired to be better people for the world,” says VerCetty.

The name of the room Rayyan is an Arabic word meaning bloom or gate of heaven. It was important for VerCetty and JAH to name the room with a word from a minority culture.

“We have just noticed that there are very few public works of art, in fact any space in the built environment, that permanently reflect a minority group of visible minority groups,” said JAH .

VerCetty created the first monument of a person of African descent in 2021 – called Moving forward in history – The Joshua Glover Memorial in Toronto. And Rayyan: a cosmic bloom is Mississauga’s first permanent artwork by black and brown artists, says VerCetty.

“We’re definitely bringing something that’s a first of its kind,” he says.

Coming from Malton, VerCetty hopes to bring more art like this to his home community. Malton is one of Mississauga communities lack permanent public art. This piece responded to a call from artists and the location, in downtown Mississauga, had already been chosen.

JAH and VerCetty plan to unveil the completed sculpture in October 2023.

Car Title Loans: A Guide to Financing a Vehicle Purchase