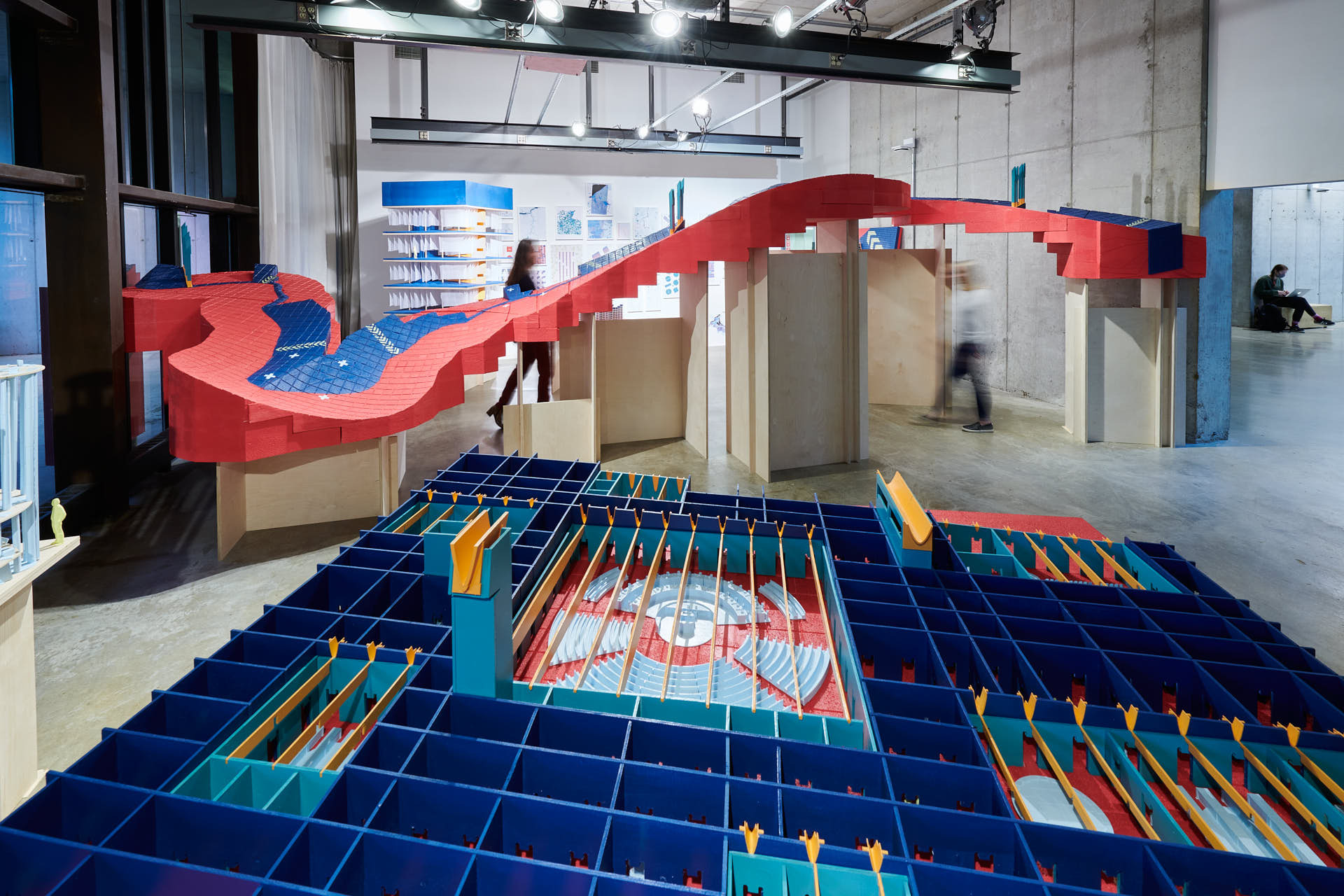 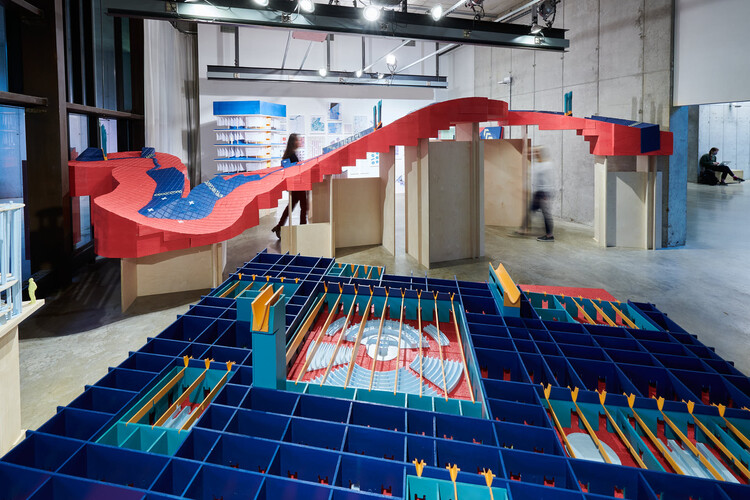 Text description provided by the architects. On December 8, 2008, the states and territories of Illinois, Indiana, Michigan, Minnesota, New York, Ohio, Pennsylvania, Wisconsin, Montreal and Quebec signed into law Great Lakes-St. Compact on the water resources of the Laurent River Basin [The Great Lakes Compact]prohibiting the taking of water outside of lake watersheds and creating a sealed ecopolitical zone in the United States and Canada.

On April 25, 2018, Wisconsin approved Foxconn’s request to draw 7 million gallons of water from Lake Michigan per day for a private LCD panel factory outside Racine: Foxconn claimed that the water consumption of his factory was “public use” to circumvent the full review of the Compact. This semantic feat exposed the Compact’s lack of actionable public water definitions and created a leak in the Compact’s closed loop.

Finally, on February 26, 2019, the citizens of Toledo, Ohio approved the Lake Erie Bill of Rights, granting the city legal trusteeship of the lake and its watershed. Uncontrolled agricultural runoff in 2014 had made Lake Erie’s water undrinkable for half a million people for days at a time: algal blooms would return anyway in July 2019.

These three events inspired the founding of the Great Lakes Architectural Expedition, an experimental public architectural office charged with protecting the spirit of the Great Lakes Compact, researching and designing the watershed’s public realm, and upholding human values, non-human and material aspects of the Compact. topics.

The Expedition’s mission has prompted a fundamental rethinking of the role of architecture in the Great Lakes megalopolis – engaging the legal and physical grounds with equal dexterity, expanding architectural practice with non-human client structures, and transforming architects agents for public materials in a world of increasing scarcity.

Using archival models, drawings, documents and studies, this rare glimpse into the office’s archives explores the organizational structure of the Great Lakes Architectural Expedition itself, as well as early attempts of the Expedition’s Lake Erie Board to establish their role as public advocate and project the contours of non-human architect-client relationships. Works on display include the Table of Seats in Parliament for a Material World, prototypes for the Maumee Basin Phosphorus Cooperative, and models of the last impermeable surface in Portage County, Ohio.

“The Great Lakes Architectural Expedition” was supported by the 2019-2021 LeFevre Emerging Practitioner Fellowship at Knowlton School of Architecture, The Ohio State University. Thanks to Todd Gannon, Mike Baumberger, Terry Schwarz and Jean Jaminet for their support.