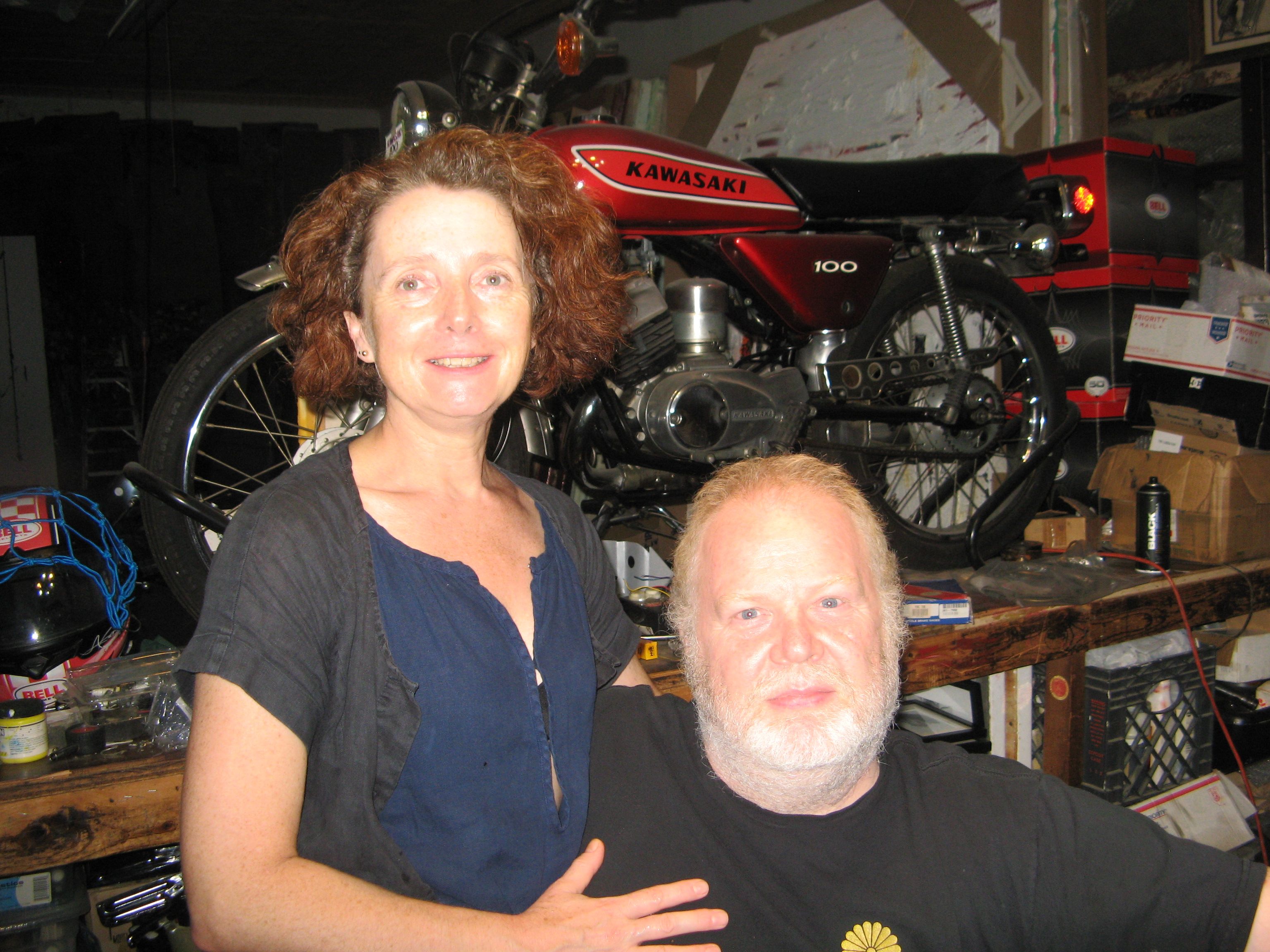 Its host was the abstract expressionist Rodney Dickson, two of whose paintings will be exhibited later this year at Hugh Lane, which is owned by the city of Dublin.

In 2021, a major American art dealer and former gallery owner donated the great works of the artist from Newtownards, Co. Down.

Sign up today to receive daily, up-to-date news and views on Irish America.

Director Dawson said: “We are delighted to have the work of Rodney Dickson in the Hugh Lane Gallery collection and are extremely grateful to David McKee for his generosity in donating these works. “Number 6” and “Kill Them All and Let Buddah Sort Them Out” are both extraordinarily powerful paintings.

“As one of many works Dickson created in response to the aftermath of the Vietnam War, ‘Kill Them All and Let Buddha Sort Them’ fits well into our socio-political collection as well as our figurative paintings. Dickson’s expressive use of painting in “Number 6” adds a new dimension to the gallery’s fine collection of abstract paintings. We look forward to showing both paintings in a large-scale exhibition of our recent acquisitions. later in 2022 and are sure our Dublin audiences will be impressed with their powerful expression and intent.

“David McKee is a big fan of mine,” Dickson said. “He retired a few years ago, and since then has been working to find homes for his collection.

“I am delighted that he has found such a home for two of my great works with the Hugh Lane Gallery.”

“I first met David in 1993 when I represented Northern Ireland as part of the international artist-in-residence program at MoMA PS1 in New York,” he said.

“In its time, the McKee Gallery was one of the most important galleries in New York, holding the Philip Guston estate and it worked with great painters such as Sean Scully,” said Dickson, who trained at the Liverpool School of Art and left England. in Brooklyn with his wife in 1997.

The large paintings, which measure 8 feet by 5 feet, were made about ten years ago. The artist said, “It was the beginning of my way of working now.”

It turns out that the family of the late wife of the artist, Juliet Hone, had inherited some works from Irish relatives linked to the Hugh Lane Gallery. “Not very valuable,” Dickson said of these paintings.

Many years ago he and Juliet, who died in 2016, visited the Hugh Lane Gallery in part because the Hones of Devon were connected to 20th century Irish artist Evie Hone, who in turn claimed a connection with Nathanial Hone the Younger, a landscape painter. represented in the collection died in 1917.

“It’s a nice connection,” Dickson said. “I didn’t tell Juliet’s sisters [about the acquisition] again, but I will.

But above all, he is happy that his paintings are exhibited at Hugh Lane because it is a “very good place for them”, and also because it is McKee’s wish.

“And they have the Francis Bacon Studio there, which I think is pretty wonderful.

“And Barbara told me how they did that and it’s also a wonderful story. They photographed and mapped everything like in London. And they moved it to Dublin.

Dickson was not a fan of Bacon when he was younger, although that was to change. “I read books about him, and over time I gained respect for what he did, and in a way I admired his crazy personality – although you probably wouldn’t. didn’t want to spend too much time with him.”

Dr Margarita Cappock, a leading authority on the Dublin-born painter and author of “Francis Bacon’s Studio”, met the slightly more obscure artist Sarah Cecilia Harrison when she was in charge of collections at Hugh Lane. The activist and portrait painter Harrison, of which she edited a collection of essaysplayed a key role in supporting his friend the art dealer Sir Hugh Lane’s efforts to open the Municipal Gallery of Modern Art, which he did in 1908. As Cappock recently told the Echo , Harrison became the first woman to be elected to the Dublin Corporation, a body that Lane looked forward to running his gallery, which his successor does today.

Born in County Cork, Lane, whose father was a clergyman and whose mother was Lady Gregory’s sister, died on the RMS “Lusitania” in 1915. The Lane bequest was to be a bone of contention between the governments of Dublin and London for decades due to a conflicting will and an unwitnessed codicil left by the art dealer. Eventually Taoiseach Sean Lemass agreed to a compromise in 1959 that allowed works by Manet, Monet, Pissarro, Renoir, Morisot, Degas and others to be shown in Dublin.

Dickson is eager to join such an endeavor and the gallery’s roster of distinguished painters in general.

“When it happens, I will do everything I can to make it happen,” he said.

Internationally renowned artists, Gillie and Marc are back