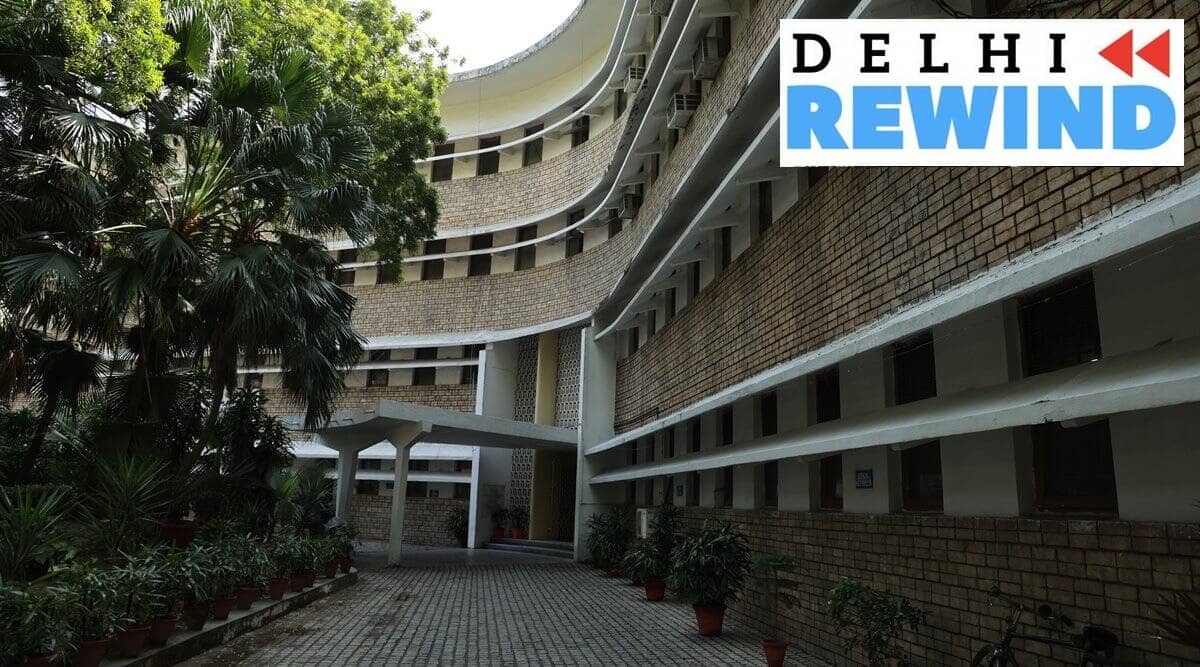 K Satchidanandan(75) fondly remembers the moment in 1972 when one of his poems, The Blind Man Who Discovered the Sun, appeared in the Sahitya Akademi’s bimonthly newspaper, Indian Literature. He was a 26-year-old poet living in Kerala and writing mainly in Malayalam, and being published by the Sahitya Akademi in New Delhi was national recognition for which he had strived. “Sahitya Akademi occupied a prominent place in the world of Indian literature. There was no comparable institution at the time,” Satchidanandan said. “Every Indian writer wanted to be connected to it in some way.”

Two decades later, Satchidanandan had the opportunity to be the editor of the same newspaper. At that time, he was one of the leading modernist poets in Malayalam. He had also been a professor of English literature at Christ College, Irinjalakuda for the past 25 years. The choice to move to Delhi, leaving the life and fame of Kerala behind, was frightening, he said. But then the prestige of being associated with the Sahitya Akademi and editing a journal with such a wide readership was alluring enough for Satchidanandan to voluntarily retire from his work and move on to a life of what he calls “the virtual anonymity” in Delhi. . “You would be surprised to know that the salary offered by the Sahitya Akademi was then lower than what I was paid by the college,” he said with a laugh. “But it was still an opportunity I wasn’t ready to give up.”

The Akademi was then already almost 40 years old. It was conceived by the country’s first education minister, Maulana Abul Kalam Azad, with the aim of providing a national platform for writers like Satchidanandan, who otherwise would only have been known in the linguistic circles in which they were writing. In order to establish the institution, a conference of letters was convened on March 15, 1951, attended by representatives of 19 state governments and numerous literary organizations. In his address to the conference, Azad explained that in India there was a long tradition of state patronage of men of letters, which had been lacking during colonial rule. The time had come to reconnect with this tradition, and for this he proposed the creation of an Indian Academy of Letters, “which will coordinate literary activities in all the Indian languages”.

The Academy’s name was not easy to choose, given the many nuances of language politics plaguing the fledgling Indian nation at the time. Historian Riswan Qaiser in his book, Resisting Colonialism and Communal Politics: Maulana Azad and the Making of the Indian Nation (2011), noted how the given name proposed by the committee appointed for the establishment of the academy was ” Bharat Bharati”. The Madras government has clearly expressed its disapproval of the name and declared its preference for the name ‘Indian National Academy of Letters’. Two other names, “Sahitya Bharati” and “Sahitya Niketan”, were also suggested, but eventually a consensus was reached on “Sahitya Akademi”, which would be the closest translation to “Academy of Letters”.

After the name was decided, a resolution was passed detailing the Akademi’s objective to “foster and coordinate literary activities in all Indian languages ​​and promote through them the cultural unity of the country”. The name of Jawaharlal Nehru was proposed as its first president, who held the post until his demise in 1964. Qaiser in his book noted that “before sending a note to the president’s office, for appointing Pandit Nehru as the first president of the Akademi, the Ministry of Education had clearly indicated to the Prime Minister’s secretariat that his appointment was not because of his quality as Prime Minister, but in his personal capacity as a “man of letters”.

Subsequently, the Sahitya Akademi was inaugurated on March 12, 1954, in the central hall of Parliament. For the first years of its existence, the Sahitya Akademi was located in the theater’s communications building at Connaught Place, where Palika Bazar exists today. In 1961 he was transferred to Rabindra Bhawan at Mandi House, which was built to mark the centenary of the birth of Nobel Laureate Rabindranath Tagore. Apart from Sahitya Akademi, Lalit Kala Akademi and Sangeet Natak Akademi have also been moved to this new building designed by architect Habib Rahman.

Rahman’s son and renowned photographer, Ram Rahman remembered Nehru’s involvement in making the building. He recalled how his father was reprimanded by the prime minister at the time for coming up with an initial design for the building that looked like an ordinary office. “My father then reworked the whole idea. He used local stones from Delhi and made architectural interventions inspired by Tughlaq buildings in Delhi. He also used jaali extensively, both as transparency and as a surface,” Rahman explained. Rabindra Bhawan was in this sense the first institutional building in Delhi, in which the architect combined modernist styles of architecture with Indian sensibilities.

When Satchidanandan made Rabindra Bhawan his literary home in 1992, he was pleasantly surprised to be introduced to literature in languages ​​he had hardly encountered in his life. “That’s the core mission of Akademi – to bring writers from different languages ​​together and have a common platform for them to talk to each other and discuss specific issues regarding their languages,” he said. He was particularly impressed to discover the rich repository of literature in the languages ​​of the Northeast. “It redefined my idea of ​​Indian culture and civilization,” he said.

From 1996, when Satchidanandan became secretary of the Akademi, he tried to open it up to more young writers. “Until then Akademi was mainly an old elite club,” he said.

Despite the many ways the Sahitya Akademi has attempted to give a uniform platform to languages ​​across the subcontinent, it is also a “preeminent Delhi institution”, noted cultural anthropologist Rashmi Sadana. “Delhi, as the national capital, represented the Nehruvian ideology of unity in diversity. Yet he sometimes struggles to translate this unified idea of ​​India into the city’s daily life, politics and cultural practices. This struggle is also reflected by the Sahitya Akademi,” Sadana said. “The Sahitya Akademi mediates the many languages ​​it represents in Hindi and English, much as the people of Delhi link the many different language groups in the city through these two languages.”

Sadana also explained that the real contribution of the Sahitya Akademi lies in the recognition and support it has given to smaller languages. However, its impact on the cultural life of Delhi remained limited. “There wasn’t the kind of excitement you often associate with institutions like the India Habitat Center or the National School of Drama,” she said.

Satchidanandan explained the institution’s lack of mass popularity by suggesting that “literature, by its nature, can never be as popular as the performing arts, which have a more direct appeal among viewers”.

Currently, the Sahitya Akademi recognizes 24 languages. “But the Akademi is for all languages,” said K Sreenivasarao, the current secretary. “There are almost 700 or 800 languages ​​in India. We make it a point of honor to recognize four different languages ​​among them each year.