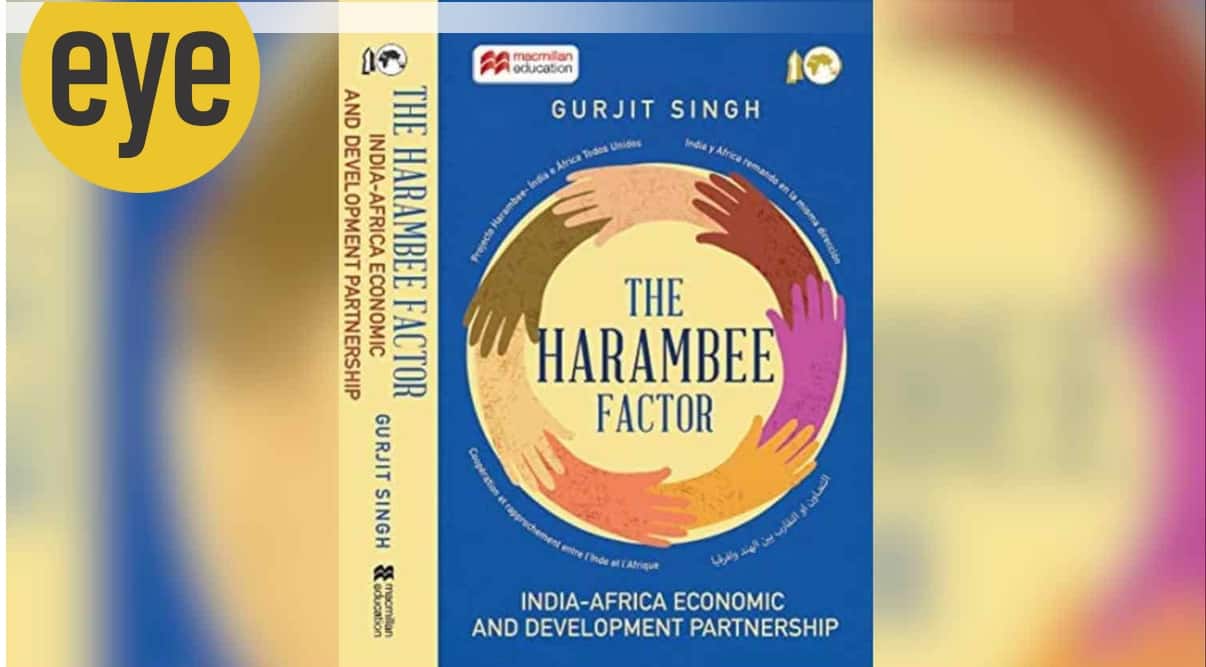 The Harambee Factor: India-Africa Economic and Development Partnership is part of a refreshing trend of diplomats documenting their experiences and insights for a wider audience, thus also demonstrating readers’ demand to understand the complexities inherent in esoteric disciplines such as diplomacy. In this book, Gurjit Singh has distilled his decades-long experience of dealing with Africa to produce an objective and authoritative account of India-Africa relations.

Growing scholarship on Africa reflects the continent’s growing influence in world affairs. As the author notes, Africa is the second fastest growing region in the world after Asia, with its GDP having tripled in the past 15 years. The UN believes that Africa’s population will double to 2.5 billion by 2050. Driven by its demographic dividend, a growing middle class, abundant natural resources, growing investments and greater continental unity, Africa will be an anchor world important for the developments of the 21st century, in the forefront of which are economic growth and poverty reduction; urbanization; achievement of the SDGs; and climate change mitigation.

Many scholars have studied political and historical similarities between India and Africa, alluding to common themes of cultural plurality and anti-colonial struggle. However, the economic and development axes of the partnership — at the heart of India-Africa relations, especially over the past 20 years — have not been extensively studied. Utilizing his unique perspective for having engaged with Africa in various capacities including as India’s Ambassador to Ethiopia and Djibouti; Head of Africa Division at MEA; and as a representative to the African Union, ECA and IGAD, the author has filled an important gap in the literature by analyzing India’s African policy from the perspective of development and economic cooperation.

The book emphasizes the “spirit of cooperation” between India and Africa, with a detailed explanation of the evolution from bilateral alliances to continental partnership. Even the decision to use the word Harambee for the title of the book – which means cooperation in Swahili and is considered by some to be of Indian origin – is a warm and visible reference to the relationship. Details such as each chapter beginning with an African proverb that concisely summarizes some facet of the partnership paradigm are flourishes that add to the underlying message of mutual respect for each other’s customs, traditions and diversity.

In this book, Gurjit Singh has distilled his decades-long experience of dealing with Africa to produce an objective and authoritative account of India-Africa relations. (Source: Amazon.in)

At the heart of India’s engagement with Africa in the 21st century has been the India-Africa Forum Summit (IAFS), held first in India in 2008, then in Ethiopia (2011), and later in India again (2015). Established in the context of building greater and regular high-level engagement, the IAFS has represented a significant enhancement of the India-Africa relationship. It also reflected the evolution of the relationship towards a more structured form, anchored in capacity building and technical cooperation. At the three levels of pan-African, regional and bilateral levels; various institutions, sector partnerships and engagement mechanisms that have been formalized were discussed, including in the areas of agriculture, textiles, education, rural development and civil aviation.

The reader will appreciate the author’s in-depth analysis of the summits where he was personally involved in the conceptualization and development of many of the initiatives covered. In particular, his fascinating account of the reasons behind the many successes and failures of IAFS-II (when he was the summit’s “Sherpa”) offers a rare insight into the diplomatic processes of building partnerships. While the summits have opened a new direction for India-Africa relations, the author also warns of some shortcomings by suggesting that future summits need a more focused and institution-driven approach. .

The main components of the development cooperation axis, namely the 200 line of credit (LoC) agreements amounting to 12 billion dollars, were also explored in detail. The Indian lines of credit have been an essential step in the strategy of economic engagement with Africa. The author’s conclusion on the strengthening of the FDI segment of the economic relationship – and its positive implications for trade and investment – is particularly worth considering as Africa moves towards absorbing FDI. investments, even if the private sector is perceived as playing a more significant role in development. India’s efforts in development cooperation also include grants, technical advice and disaster relief and humanitarian assistance.

A particular aspect of development cooperation that the author highlights is the success of capacity building efforts in Africa and the leading role of India’s Technical and Economic Cooperation (ITEC) program in this regard. Since its launch in 1964, ITEC has evolved to offer specialized courses and training programs at the request of partner countries. India has also offered courses to international and regional organizations in Africa. Other collaborative projects through non-state/civilian actors such as SEWA and Barefoot College have also been well received. India is among the top five study destinations for African students. Scholarship and work opportunities mean that 27% of the total foreign students in India come from Africa today. The Pan African E-Network Project (PANEP), though plagued with implementation delays, has played an important role in sharing knowledge and disseminating Indian technologies for public good in Africa.

A chapter was devoted to the efforts made by the Modi government to strengthen India-Africa relations. The increase in the number of visits by Indian heads of state as well as 18 new Indian missions on the mainland are just two of many examples that the author has cited to show the attention that the current Indian government has given to Africa. A memorable connection that attracts attention is Speech by Prime Minister Modi to the Ugandan Parliament in 2018 where he laid down the 10 guiding principles of India-Africa relations.

Unlike many other countries, India has always viewed Africa as an equal partner. India’s diplomatic and economic investments in Africa have proven to be mutually beneficial to both parties and are underpinned by the shared belief that economic and territorial sovereignty is inviolable. Through personal testimonies and surveys, the author has demonstrated that this approach has been appreciated by Africa.

Singh has written a detailed and timely account of the growing economic and development partnership between India and Africa. It has the potential to become a point of reference for practitioners and students of international relations, especially those wishing to study recent developments in India-Africa relations.

The author is Minister of Petroleum and Natural Gas and Housing and Urban Affairs, Government of India