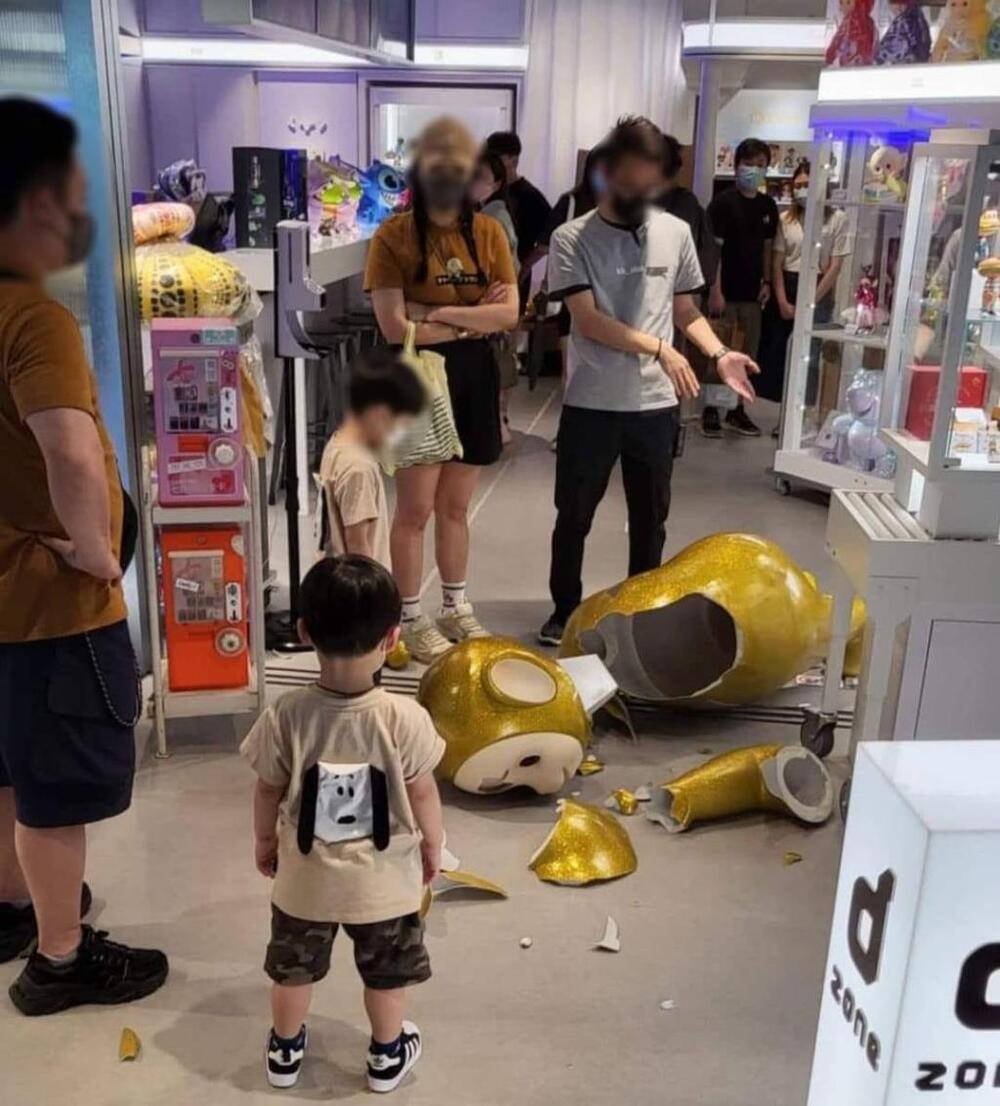 Boy knocks over $50,000 Teletubby sculpture, sparking debate over who should foot the bill

Photos circulating online on Monday showed a young boy accidentally knocking over a Teletubby sculpture worth HK$50,000 at a Langham Place toy store in Mong Kok, with his parents ending up paying more than HK$30,000 in compensation.

The boy appears unharmed in the photo, but the statue – priced at HK$52,800 – did not survive the fall and shattered into pieces.

It was understood that staff at the Kk plus toy store accused the boy of ‘kicking’ the sculpture and causing the damage. While the parents, not knowing what really happened, decided to follow the staff’s words and offered to compensate the store with HK$30,600, which was later accepted.

However, surveillance video of the incident later surfaced online and proved otherwise. (Click on here to watch the video)

The boy can be seen in the footage leaning on the sculpture to avoid an oncoming crowd inside the store before the Teletubby took a big fall. Footage also captured the boy trying to stop the sculpture from falling after knowing it was not secured to the ground.

The incident has sparked debate since the video went viral – should parents pay for their child’s accident?

Speaking to a radio show on Tuesday morning, the child’s father said it was only after the surveillance footage emerged that he knew his son hadn’t broken the sculpture on purpose.

He also criticized store staff for misleading them into thinking their son had kicked the sculpture, causing it to fall.

Although his son did play a part in the fall, the father said the shop should have surrounded the fragile figure, preventing others from bumping into it.

He pointed out that the store should bear some of the responsibility and asked the store to return the compensation it paid.

Toy store Kk plus had since posted a statement on Facebook, saying the incident had been resolved between the store and the parents that day.

The statement also wrote that the compensation had been offered by the parents themselves, pointing out that the store had not received an amount greater than the sale price of the product.