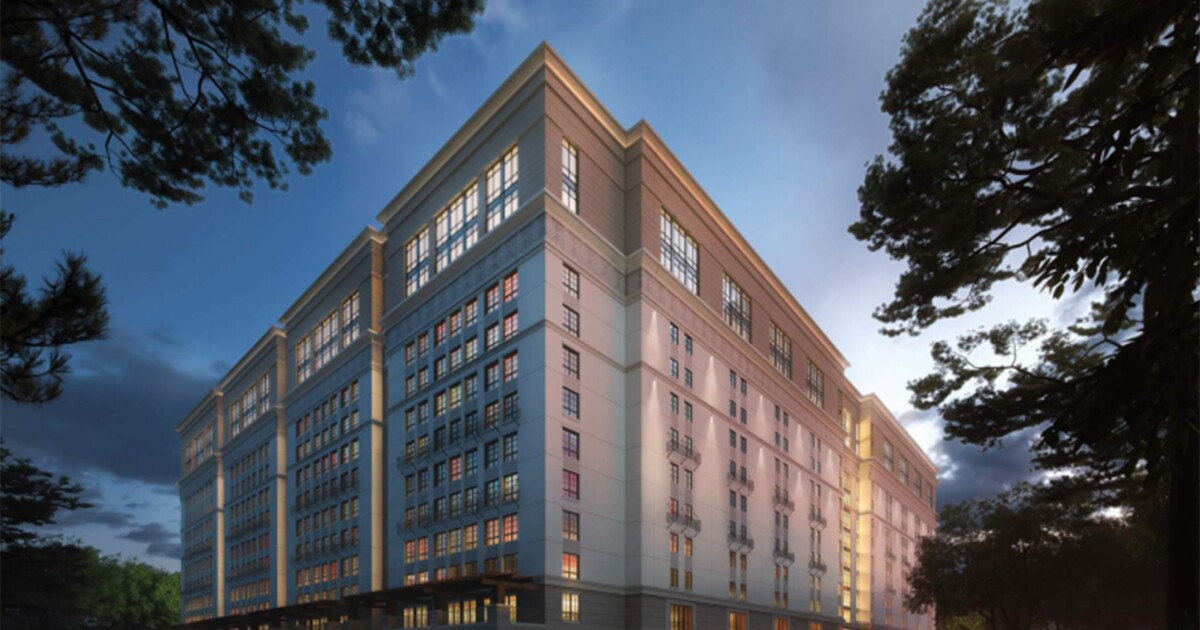 Charlie Munger is a capitalist, so he should know that ego-driven mega-projects intended to store thousands of humans are a hallmark of collectivist authoritarian regimes that rarely turn out well. Think of the horrific Ryugyong Hotel in North Korea or, as one writer pointed out, the now defunct Rossiya Hotel in Moscow.

Perhaps the abundance of uplifting examples of what Munger wants to do – donate $ 200 million for a massive $ 1.5 billion dorm at UC Santa Barbara, which he has to design, and where nearly all of the planned 4,500 residents would live in windowless rooms – is why so many readers have written to express disbelief that the university is even considering allowing a billionaire to have a co-living experience. also extreme on students.

Architects, psychologists and UCSB alumni have written to The Times since this project started to gain attention recently; we have already published some of these letters. They continued to send us their comments on what many of them see as a deep betrayal by campus administrators of the undergraduates under their care and the prostration of yet more institutions to billionaire donors.

For the publisher: Fifty years ago, at UC Santa Barbara, I lived in the Anacapa dormitory with a window overlooking gloriously the Pacific Ocean. I still vividly remember, early one morning before my first final exam, watching with great amazement the sun rise over the ocean horizon.

This surprising west coast anomaly was possible because the coast of Santa Barbara County in this region stretches mostly east to west, and UC Santa Barbara on Goleta Point stretches south toward the Channel Islands. Norman.

I hate to imagine what students forced to reside in Munger Hall, mostly in rooms without windows, will remember 50 years from now.

For the publisher: As an architect, I have followed your articles on the Munger Hall proposal. Interestingly, university administrators think it’s appropriate to approve dorms with fake windows.

We teach the values ​​of honesty, integrity and humanity in our public universities. So, fake windows and fake habitats just don’t fit education.

What parent would even spend $ 1 to rent a fake jail cell for their kids? How about a bogus education? The whole educational process must be real.

For the publisher: As a 2015 UC Santa Barbara graduate and turned architect, I recognize that my professional inspiration came from site-specific architecture at the university.

I have lived in the midst of human-sized buildings with airy loggias and airy hallways, winding paths through varied landscapes and a passive design focused on the environment.

The Munger Hall project, with its unnatural environment and unnecessary reliance on energy-intensive technology, seems to me the antithesis of this philosophy. It flies in the face of urgent global efforts to create sustainable buildings that support a vital relationship between humanity and the world we live in.

For the publisher: This new Munger Hall does not take into account the unique needs of adolescents and young adults. Their brains will not be fully developed until they are around 25 years old.

Until then, their sleep cycles force them to stay awake late at night and sleep during the day. Most need natural light to force themselves to wake up for class.

Surviving college is already a challenge. Without a balanced sleep-wake existence, they will have even more difficulty.

And, I imagine, the campus health center will be inundated with new cases of claustrophobia.

The author is professor of psychology at Los Angeles Trade Technical College.

For the publisher: UC Santa Barbara has a duty to accommodate its students and has not kept its commitments. The students live in their cars.

When I was in graduate school there in 1974, I was grateful to live in a newly built student housing complex that was in all respects superior to private rental properties. They made windows then.

In recent years, I have felt proud of the proliferation of flags on campus honoring the many Nobel Laureates associated with UC Santa Barbara. It seems to me that in the 50 years or so since I was a student, the leadership of the university has acquired a lot of big brains, but not a lot of common sense.

Based on my own past service with the California Coastal Commission, we can expect the university to consider, eventually, Coastal Act policies that development must be located and designed to be visually. compatible with the character of the surrounding areas.

The $ 200 million is a fraction of the money that will have to be spent on this nonsense. University leaders should tell Munger to direct his conditional “gift” to where it’s needed: housing the students living in their cars, now.

Munger says he doesn’t care about his criticism. But like all billionaires looking for naming rights, he cares about how he is remembered. Who will have the courage to say thank you, but no thank you?

Nelson Saiers calls cheap on Fed with sculpture, why it matters to Bitcoin