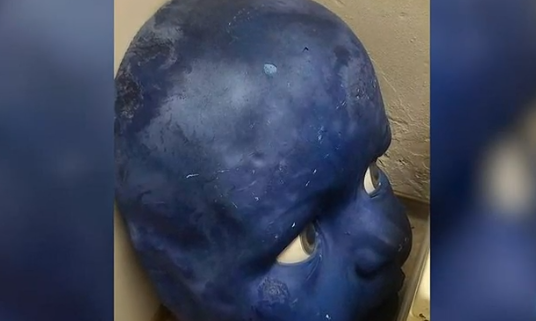 LA CROSSE, Wisconsin (WEAU) – The La Crosse Arts Council has denounced the vandalism of a sculpture that has stood in front of City Hall since 2018.

“Hatched Baby” was created by Wolfgang Auer and was donated to the city of La Crosse by its sister city Friedberg, Germany.

Last weekend, the La Crosse Police Department said the head of the sculpture was pulled off and the face was stolen by an unknown number of people.

Photos of the sculpture‘s face appeared on La Crosse’s Barstool Sports Instagram account, but they have since been deleted.

Officers later found the face on the lawn of a residence at 1003 King Street on Monday morning.

The Arts Council spoke out against vandalism on Monday, saying in part:

“We urge those who participated in these acts of vandalism to come forward, so that we can begin the process of restoring this work of art now that the stolen portion has been recovered.”

Arts Council chair Jennifer Williams said discussions or debates about public works of art are always welcome, but theft and vandalism are unacceptable.

“When people are curious enough about art to talk about it and debate its merits, love, hate, whatever, that means the art has done its job well,” added Williams.

Reynolds added that “Hatched Baby” has been damaged to the point where it will no longer be possible to display it until it has been properly repaired.