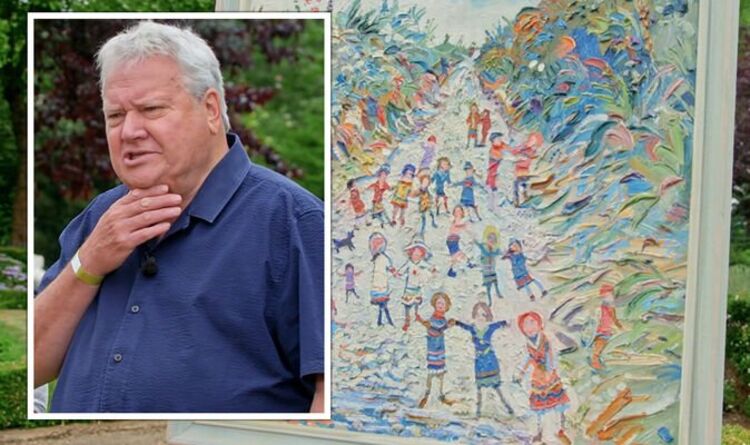 Antiques Roadshow visited Aston Hall, Birmingham, for a recent episode of the BBC program where treasures included wooden figurines of characters from The Wind in the Willows and a striking vintage diamond necklace. Guests of fine art expert Dendy Easton presented him with a vibrant painting of children enjoying Cornwall which they bought for £225 three decades ago and which, to their surprise, was now worth thousands of books.

Dendy began: “Now it’s a very joyful and happy picture when you watch these kids walking down this path.

“And it can only be artist Fred Yates, and I see that’s what’s signed on the right.”

The two guests revealed they bought the colorful painting from a gallery in Sennen Cove, Cornwall, in 1988 because they thought it looked brilliant.

The expert replied: “Well done because it’s a great photo of him.

“He’s a very interesting artist who was born in 1922, fought in World War II with his twin brother and he moved to Cornwall in the late 60’s and became a full time painter.”

Dendy then revealed that he had the privilege of meeting the artist in 1975 in Fowey, Cornwall.

“And then in the meantime, he had subsidized his income by gardening. He was a very nice gentleman.”

However, she looked at her partner and said, “We won’t sell it because we bought it, well, with love, right?

“We bought it because we liked it,” she told Dendy after the review.