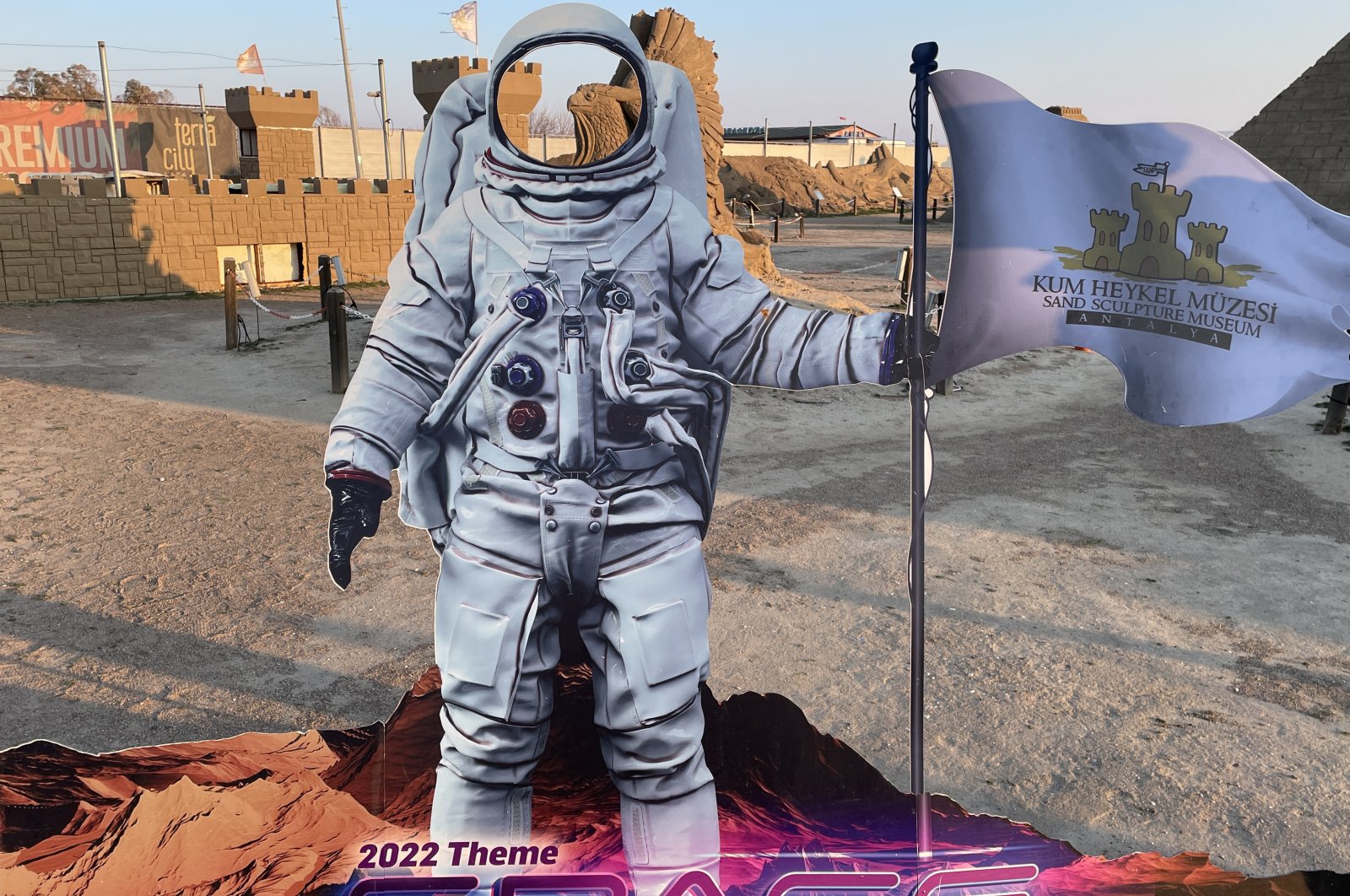 The 17th edition of the International Sand Sculpting Festival will be held in the Mediterranean resort town of Antalya in Turkey with the theme “space”.

As preparations are in full swing for the Antalya festival, which attracts many local and foreign visitors, festival director Cem Karaca told Anadolu Agency (AA) that this year he will focus on interactions between space and man and that the sand sculptures will reflect humanity’s effort to reach Cosmos.

“Through sand sculptures, replicas and activities, our guests will have the opportunity to see and even partially experience humanity’s journey from the time we set foot on the moon to the present day. where plans are underway to colonize space,” he said. noted.

He added that sculptures of figures such as Ottoman aviator Lagari Hasan Çelebi, who carried out the first manned rocket test; Hazerfen Ahmed Çelebi, who crossed the Bosphorus with bird’s wings attached to his body by jumping from Galata Tower; and the American Wright brothers, who in 1903 achieved the world’s first powered flight, will be on display.

During the festival, 25 master sand sculptors will use 10,000 tonnes of sand for sculptures of cosmonaut Yuri Gagarin, Apollo 11 and the first man on the moon, Neil Armstrong, the Hubble Space Telescope and Mars colonies.

Beyond the sand sculpture

As part of the event, which will feature replicas of well-known rockets such as Sputnik and Apollo, there will also be workshops for children on space observation, art and science.

Visitors will also have the chance to see sculptures inspired by space-themed movies and TV shows such as Star Trek and Star Wars.

Visitors can make space and solar observations with a telescope and experience a gravity-free environment with a gyroscope, Karaca said.

“With this year’s theme change, our festival will go beyond a sand sculpture event,” he added.

“With sand sculptures, replica rockets, special lighting and lots of events, it will become a full-scale museum that deals with humanity’s adventure in space.”

Karaca said they would preserve the Cheops pyramid sculpture, which they kept intact for seven years despite the change in theme.

Their entry into the Guinness Book of World Records two years ago for the sculpture made using 1,000 tonnes of sand is still being evaluated.

He said: “Based on the myths and legends that extraterrestrials were involved in the construction of the pyramids, we will also use it for this year’s theme.”

“We hope it will eventually be included in the Guinness Book of World Records and help promote both Antalya and Turkey,” he added.

Keep up to date with what is happening in Turkey, in its region and in the world.

Wizards fail in the paint and 4 more Pacers loss sightings