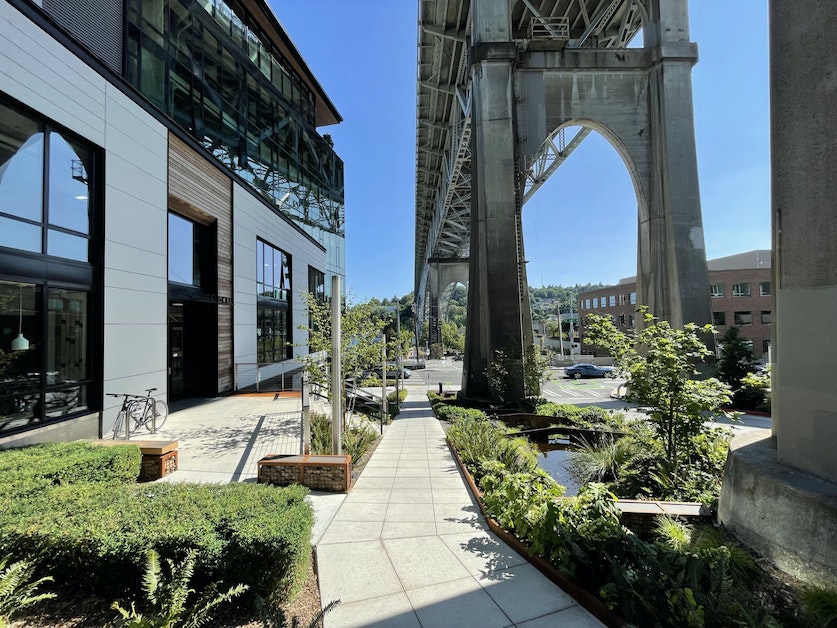 An architectural firm dedicated to green building felt the heat and got air conditioning in the office. They further reduce their energy consumption

During the deadly heat wave of early summer, we heard about people rushing to install air conditioning in their homes and work spaces here in Seattle. It made us wonder about a modern office building in the South Lake Union neighborhood that was designed to operate without air conditioning. The architectural firm Weber Thompson designed it to reduce their energy consumption.

Concerned about climate change, they designed their new office with air conditioning. Joshua McNichols of KUOW told Paige Browning what he learned from their efforts to calm down effectively.

This interview has been edited for clarity.

Paige Browning: First, how was the old building designed to stay cool without air conditioning?

Joshua McNichols: It was based on a very old technique, but updated for today. In the days of the first skyscrapers, when you looked at a building from above, many of them were shaped like letters of the alphabet, O’s and U’s and even E’s or W’s. in these letters allow light and air to enter the center of the building, so you can light them up and blow the breeze without electronics, electric lighting or air conditioning.

Weber Thompson turned to these ancient techniques. They built their office building in the shape of an O. Kristen Scott is the director of the company. She worked in this office:

“When it has worked out well, it feels like you’re outside in the shade of a big tree and there’s a breeze blowing in.”

Did it work, even on extremely hot days?

There is a time when it is too hot outside for even a breeze to cool you down, as it becomes a warm breeze. When they designed the old building, they planned a few days like this. They had a casual dress code so people could wear shorts if it was just hot in the office.

They estimated the building would get so hot that they would have to send everyone home for maybe 20 hours a year, which seemed manageable at the time. But climate change has increased the number of very hot days. It slipped up to 40 hours a year when it was too hot to work there. It’s a full week. And when the nights are hot, the building cannot cool down like it was designed to. During heatwaves, it would go back to the 90s inside the office:

“When you realize that you are sticking to the trace paper on your desk, it’s not a good thing,” said Kristen Scott.

90 degrees inside the office looks very uncomfortable, but they intended to reduce or reduce power consumption. Did they just suppress this vision?

No, and that was the big surprise for me. The new building actually consumes less energy than the old one. Although the new one has air conditioning, a heat pump. Technology has made it possible. They have high tech windows, tons of insulation, and more efficient air conditioning systems. Kristen Scott took me outside to show me the windows:

“So I’m standing outside here on Troll Avenue. We are under the Aurora Bridge. If you look here you will see the self-tinting electrochromic glass.

When she talks about self-tinting glass, I wear glasses like that right now. They darken when I go out in the sun. This technology alone has dramatically reduced the amount of energy they need to cool the building. In addition, they had to change their behavior. For example, they got rid of their server room where all their mainframe were. They moved these servers to the cloud because these computers give off a lot of heat, and when you turn off heat, you have to cool it down.

Many companies commit to reducing their carbon footprint, and many fail. What holds them accountable?

Just as you walk into the lobby of this building, in Weber Thompson’s office, there’s a large monitor that shows you how much energy the building is using in real time. If the occupants of this building fail to meet their goals, they are required by this program to pay a fine equal to five percent of the construction costs. It’s millions of dollars.

I’m glad they’re comfortable, but I miss knowing a bit that there might be a way to keep buildings cool without air conditioning.

That’s right, and they miss their old building a bit:

“I will always have a special place in my heart for this building. It’s really a very comfortable thing to be in a space that doesn’t have mechanical air movement. You are more connected to nature, ”said Kristen Scott.

But, climate change has made nature more hostile, so being connected to nature is becoming more difficult to deal with.

Is there no way to keep an office cool during a heat wave with existing technology? Is it AC or bust?

I think that’s a lesson you can take from that. This company tried it – and it didn’t work. This suggests that, at least in offices, which give off a lot of heat because there are so many people and so many computers, yes, you have to have a way to mechanically cool them.

And are we waiting to see what this firm has developed in other buildings?

They will try to deploy these ideas in more buildings than they do. Architects use their offices as advertisements for what can be done. It’s a bit tricky. Not everyone will want to spend their money building their buildings this way. This is the direction in which we are going, however. Every few years, governments increase the standards that buildings must meet. This architectural firm is a leader in this field and it influences others.

Listen to the interview by clicking the play button above.

The ‘place of the idea’ | 7 things to know about the $ 3.5 million renovation of the Berkshire Museum | Local News