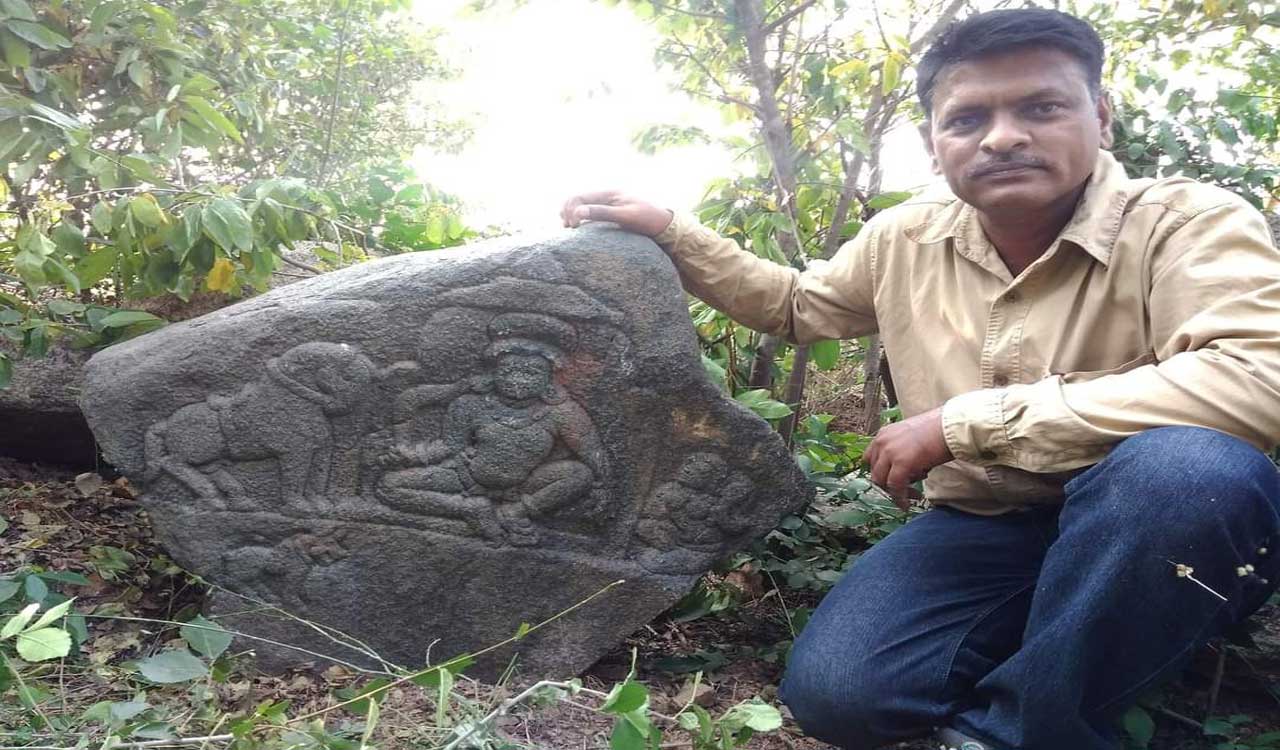 Jangaon: Much to the shock and dismay of state archeology enthusiasts, a rare sculpture of “Sasta Roopa Ayyappa”, also known as “Ayya” or “Ayyanar”, has recently disappeared from Ayyalakada, at the outskirts of the village of Yellamla, near the town of Jangaon.

This rare carving of Lord Ayyappa was an earlier form of the current idol of Ayyappa worshiped at Sabarimala in Kerala, according to archeology and history researcher R Rathnakar Reddy.

“I first visited this site 10 years ago and found the carving carved into a rock. And there was an arch with pillars that looked like a temple. Initially I thought the sculpture was that of a Yaksha and I didn’t pay due attention to it at the time, but when I posted pictures and videos on social media, renowned researchers confirmed it to be the sculpture of Sasta Roopa Ayyappa, which is a very rare find,” Rathnakar Reddy told “Telangana Today.”

After learning about the significance of this sculpture, Rathnakar Reddy visited the place a few times recently, but much to his dismay, the sculpture was missing.

“Villagers say it was there before the Covid-19 pandemic, but now you can’t see it,” Reddy said, adding that the sculpture dates back to the 8th century CE. “This sculpture is an indication that the culture of Tamil Nadu and Kerala was also there in Telangana in the 8th century,” he said.

“People used to perform pujas in this temple located in survey number: 373 in the village. The meaning of Ayyappa (Ayya Appa) is protector, lord, ruler and teacher,” he said, adding that Ayyappa was also known as Ayyanar in Tamil Nadu and Kerala.
“In the sculpture found at Yellamla village, Ayyappa is seen in a naked form with attractive muscles and chest,” he said, pointing out that even the name of the village was Yeallamalai or Yellamala.

“K Krishna Raj, officer in charge of the Pazhassi Raja Archaeological Museum, Kozhikode, and another Tamil Nadu archaeologist have also authenticated that the sculpture found at Yellamla was that of the rare Sasta Roopa Ayyappa,” Rathnakar Reddy said, adding that authorities must make efforts to locate the missing idol.
“It could have been buried or stolen,” he said.