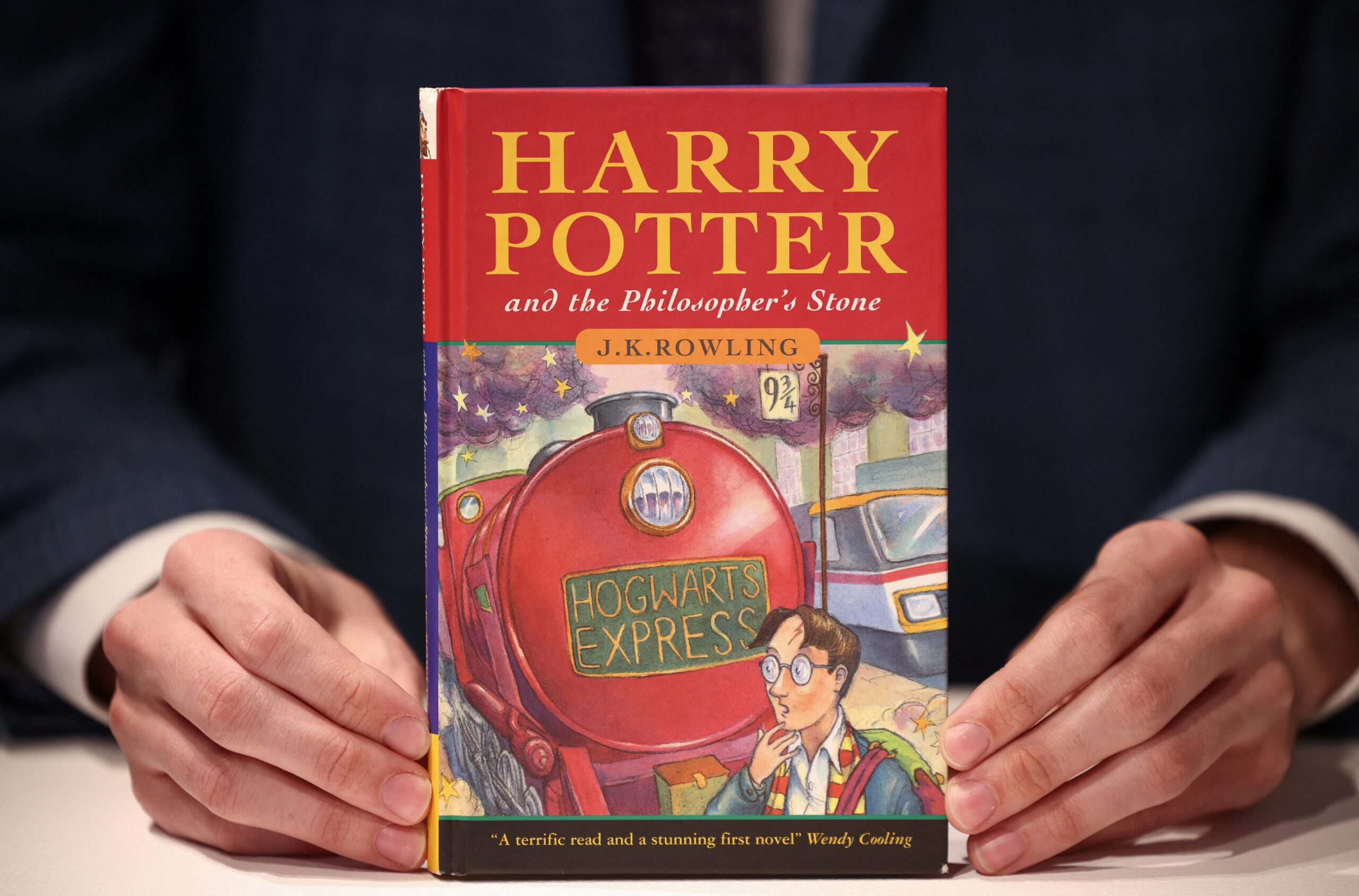 LONDON, UK – A first edition of Harry Potter and the Philosopher’s Stonewith a few errors and signed by author JK Rowling, is being sold privately at Christie’s in London, the auction house offering bids from 200,000 pounds ($250,000).

The publication is one of 500 hardcover copies of the book that were printed in a first print run in 1997. Three hundred of them were sent to libraries.

The one sold by Christie’s, as part of its next The Art of Literature: Loan and Sale Exhibitionis one of the other 200.

“There were a few things they seemed to get wrong in the production of the book,” said Mark Wiltshire, print book specialist and co-curator of The Art of Literature exposure, told Reuters.

“On the back cover, for example, philosophers, which of course is a key word…is misspelled ‘philosphers’, that ‘o’ is missing that second ‘o’. Also on page 53, in the list of items students are encouraged to take with them to Hogwarts, “a wand” is repeated twice.

While Rowling was unknown at the time, the book about the magical world of witches and wizards became a huge hit around the world, spawning an entire series and a massive film franchise.

“In many ways, this book is the physical manifestation of a magical memory for so many people and that’s what makes it so desirable,” Wiltshire said.

If we collectively believed that tents were “beautiful”, anti-homeless architecture would not exist. – The Observer