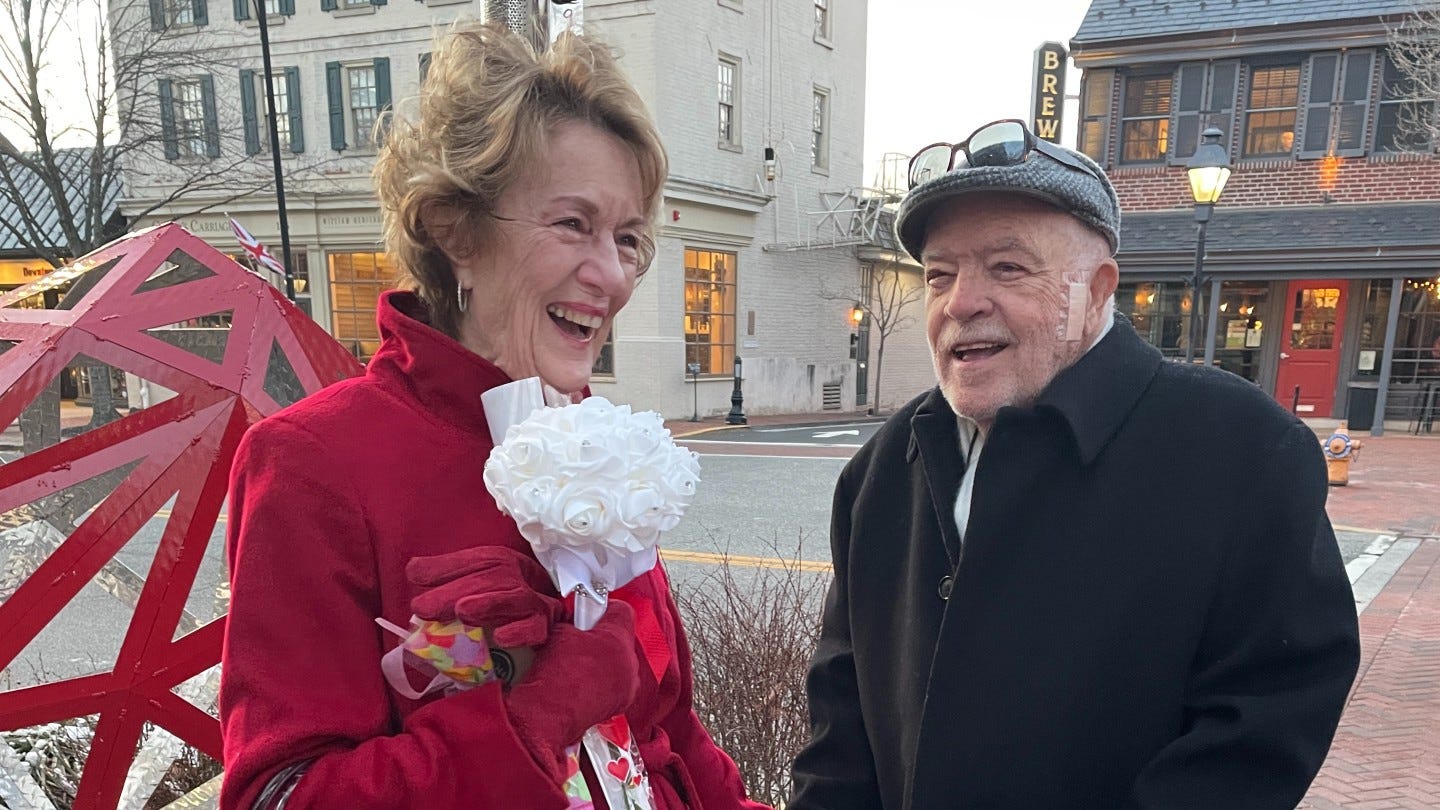 HADDONFIELD, NJ (KYW Newsradio) — Three dozen couples braved low temperatures on Valentine’s Day to say ‘I do’ to each other once again. Some renewed their vows after a few years of marriage, others after decades of commitment. One woman even pulled out her old wedding dress.

This is the fourth year that Haddonfield Outdoor Sculpture Trust hosted renewals of vows and celebrations of love. It is one of the organization’s public art initiatives. This year, 36 couples stood in front of a shared heart sculpture to express their love out loud.

Edward and Audrey Naumes said they were renewing their vows at Haddonfield for the second time.

Edward and Audrey Naumes are celebrating a quarter century of marriage this year. They said they were renewing their vows at Haddonfield for the second time.

“We want to come every year until we’re the oldest,” Edward said.

Dana Reganata wore her old wedding dress as she and her husband of 30 years, David Huehnergarth, renewed their vows.

“I take you again to be my best friend and partner in life,” she said. 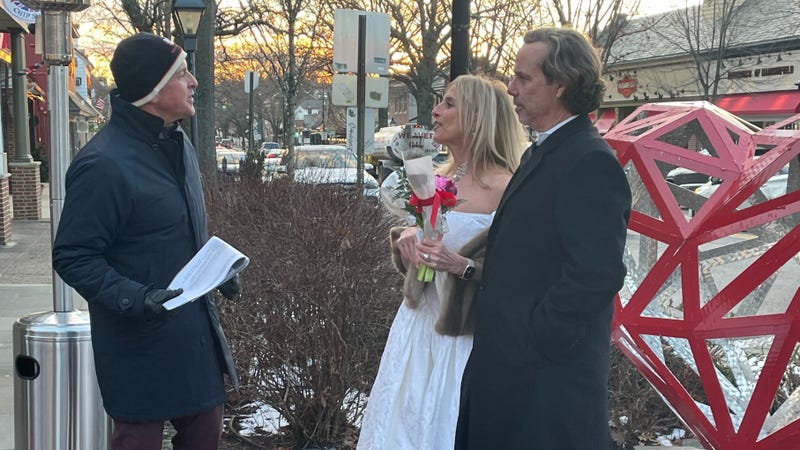 Dana Reganata wore her old wedding dress as she and her husband of 30 years, David Huehnergarth, renewed their vows.

The two reminisced about the day they met, when they passed each other passing through a revolving door.

“I told him my first name. We walked to the corner,” Reganata said. “And at the end of the day, he called the receptionist and said, ‘I’m looking for a Dana.'”

“And I knew, just walking a block with her, that she was different and special,” Huehnergarth said.

They offered some tips for a healthy marriage.

“You stick together, through thick and thin,” Reganata said.

“And you put the other person first,” Huehnergarth said. 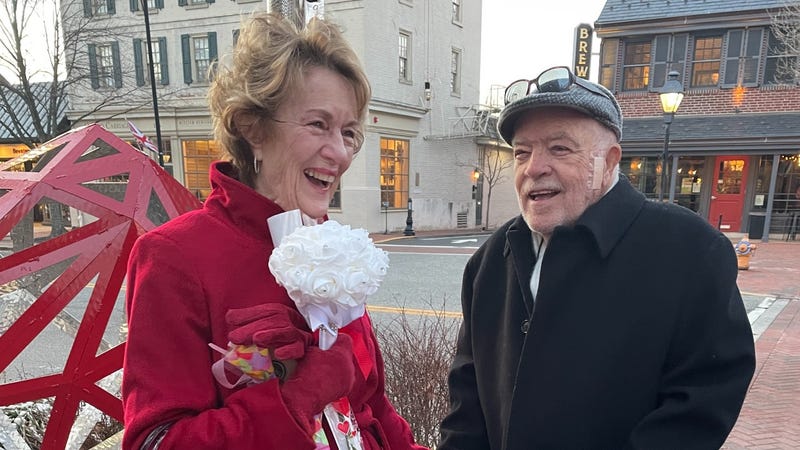 Nora and Francis McClarren have been married for 57 years.

Nora McClarren from Bensalem said she and her husband Francis have made the most of it during 57 years of marriage.

“I cried then, and I cried this time,” she said.

She shared her own pro advice: “Let him think he’s the boss,” Nora said. “That works.”

All couples who failed can try again next year. But the heart-shaped sculpture can be found on the Kings Highway all year round. There’s always a chance to get a selfie with the one you love – and in warm weather too.

Emily Hass: mass displacement and the poetry of architecture