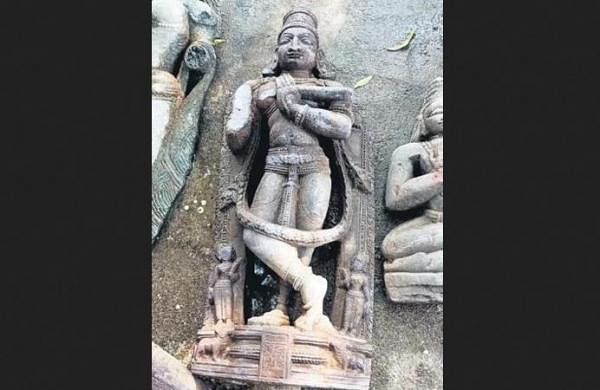 HYDERABAD: Several sculptures carved in soapstone belonging to the 17th century were discovered Sunday in the premises of a temple at the seat of the Mandal of Munagala in the district of Suryapet.

No less than 18 sculptures of various deities were found while workers were digging for the construction of the foundations of a choultry at the premises of Sri Ramalingeswara and the Hanuman temple.

Based on the information provided by local people, Dr E Sivanagireddy, archaeologist and CEO of Pleach India Foundation, examined and identified the sculptures and revealed that they belonged to Vaikunthanarayana, Laxminarayana, Rama, Lakshmana, Sita, Venugopala , Rukmini, Satyabhama, Ramanuja, Tirumangai Alwar, Sathagopaystindra, Nammalwar and some other alwars of the â€œ12 alwarsâ€. Based on the style of the art, it was established that these sculptures belonged to the 17th century and were hoarded underground to protect them from enemy assaults circa 1689-90 during their march to Machilipatnam, according to Sivanagireddy. He called on locals to erect them on pedestals inside the temple premises, with labels describing their historical significance, in order to preserve them for posterity.

Sculptures were buried to protect them

Based on the style of the art, it was established that the sculptures belonged to the 17th century and were hoarded underground to protect them from the onslaught of enemies circa 1689-90 during their march towards Machilipatnam