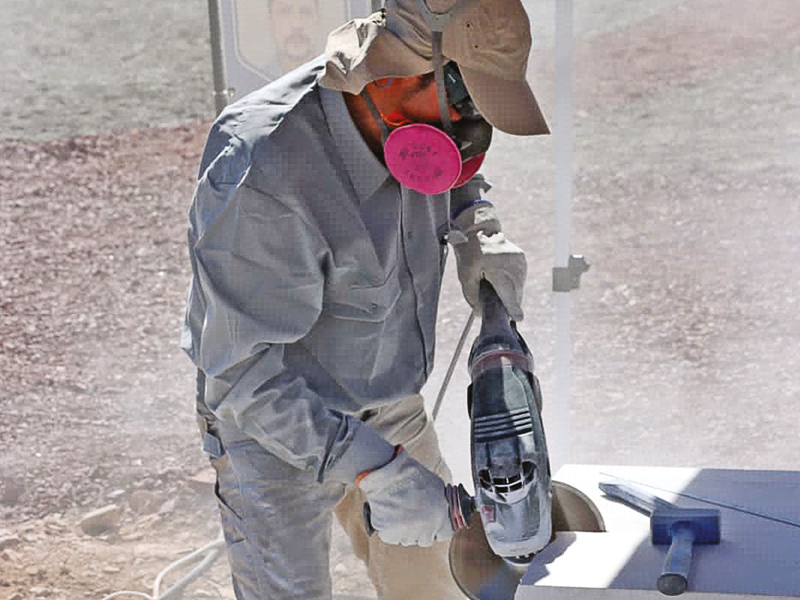 Muscat – Twelve sculptors from various countries are taking part in an event called International Green Forum in Mudhaibi, North Sharqiyah. The camp started on January 13 and ends on January 23.

Speaking to Muscat Daily, Ali al Jabri, one of the participating artists, said the camp was organized by Al Khadra team for the first time. The 12 artists include seven Omanis, and one from Italy, Spain, Morocco, Bulgaria and Algeria.

“The camp is an opportunity for sculptors to exchange their expertise in the field of marble, stone and wood carving, in addition to bonding with people from different cultures,” Jabri said.

The sculptors’ works will be exhibited during the closing ceremony of the camp on January 23.

The camp was officially opened on Sunday under the patronage of the Governor of North Sharqiyah.

According to Yousuf al Rawahi, a supervisor of the camp, it aims to create a cultural movement in Omani villages, to facilitate interaction and exchange with international artists and the installation of outdoor sculptures to beautify tourist places and promote Omani tourism. “It also aims to promote sculpture as an art form among Omani communities and young people who are interested in art,” Rawahi said.

Thanking the Ministry of Culture, Sports and Youth for its continuous support for such artistic events, Rawahi informed that the Al Khadra team plans to organize successive editions of the camp in the coming years to attract artists from different countries.